A Man Was Accused Of Stealing At Work And He Was Fed Poison By His Employers, He Died 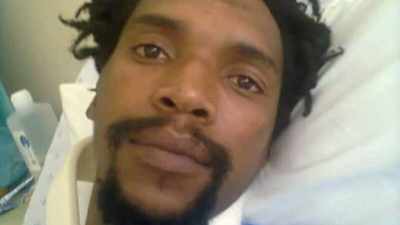 Loyiso Mbidana (33), originally from Bizana, was allegedly blamed by his employers after a security guard in Clairwood went missing and was severely beaten before being forced to drink poison.

The victim's sister, Fundiswa Mbidana, said her brother had died at the hospital and they had received a report that he had been drinking poison. Ms Mbidana said his brother first said he was alive before he died, and had said something about what had happened. It was alleged that a group of people were forcing him to admit that he had stolen the battery of the truck

“He said before he died that he had been given something that looked like acid, when he showered he said they were forcing him to drink it. It is very sad, the way he died is so bad, we want justice, '' Ms Mbidana said.

He said they hoped the police would do their job impartially so that the truth could be revealed. He said his brother was known as a part-timer and did not know he was a thief.

KwaZulu-Natal police spokesman Captain Nqobile Gwala said the suspect had been arrested and was still in court.

“It is alleged that the 33-year-old man was severely beaten by well-known suspects who allegedly stole two truck batteries. The victim was critically injured and taken to hospital where he died. The 49-year-old man has been arrested and will appear in the Durban Magistrate's Court, "said Captain Gwala