On the holiday honoring women, she was shot while visiting a spaza shop with a companion. They said she had gone out less than 200 meters from the house to get sausages when two guns rang out.

Sister of Aqeelah, 24 year old Tiffany Shroeder, recalled, "I remember hearing the two shots and looking outside. As soon as I saw Aqeelah's companion hiding behind our wall, I took my son down and locked the back door. I heard shouts of "get the ambulance, call the ambulance, it's Aqeelah."

When I heard commotion, I set my child down and went to see what was going on. Aqeelah was unconscious and lying on the ground when I arrived. I had to make haste to retrieve my mother from a Women's Day luncheon.

The bullet entered Aqeelah's neck just below her chin and exited the other side, bringing with it a portion of her brain. I had no idea my sister could look that sad. I will miss her, as she was a lovely young lady. 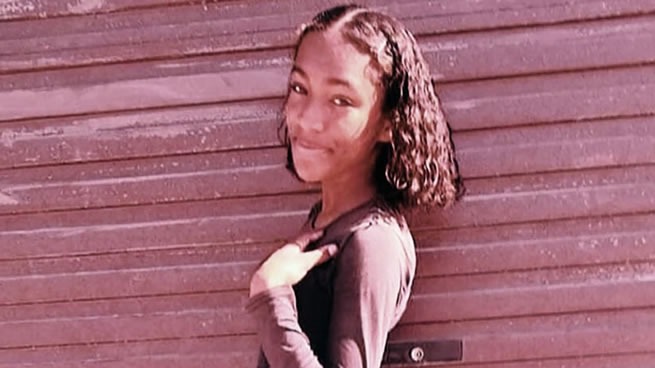 And I still can't believe she's dead. My aunt was so thrilled to spend the day with us that she danced and took pictures the whole time. Schroeder recalled, "She even told my aunt that she shouldn't leave without getting one last picture of the two of them together."

In the ninth grade, Aqeelah Schroeder attended Delft High School. Following her death, police have launched their investigation in an attempt to identify those responsible.

Delft police spokesperson Frederick van Wyk said, "Delft police are investigating a murder case after a gunshot incident on Tuesday, August 9 at approximately 4pm in front of businesses in Spitfire Street in the Hague, Delft, where a 15-year-old girl was shot and injured."

According to initial reports, police arrived at the location after receiving a call about a shooting and discovered the victim laying on the ground with a gunshot wound to her right shoulder.

witnesses said the victim was on her way to a store when she was caught between two feuding groups.

On Wednesday, community leaders and neighborhood watch groups in the region marched to the police station to seek justice for the murdered teen.

Councilwoman Michelle Adonis of Delft remarked, "For a little girl like Aqeelah to be killed in such a manner is just not acceptable." We will be marching this afternoon in honor of Aqeelah and all the other youth who have been lost to violence in our communities, and we will be delivering petitions to the South African Police Service and the courts demanding an end to these senseless killings.