By Sasatjie (self media writer) | 28 days ago

Many hard-working South Africans are on the receiving end of crime as criminals always target them. Their houses are broken into, their possessions get stolen and their vehicles hijacked. If that is not bad enough, criminals set spikes just to rob them of what they worked hard for.

Shopping at malls has become yet another nightmare. Shoppers are forced to make sure that their cars are not jammed or broken into. Women have to guard their bags and have to remain vigilant while shopping. 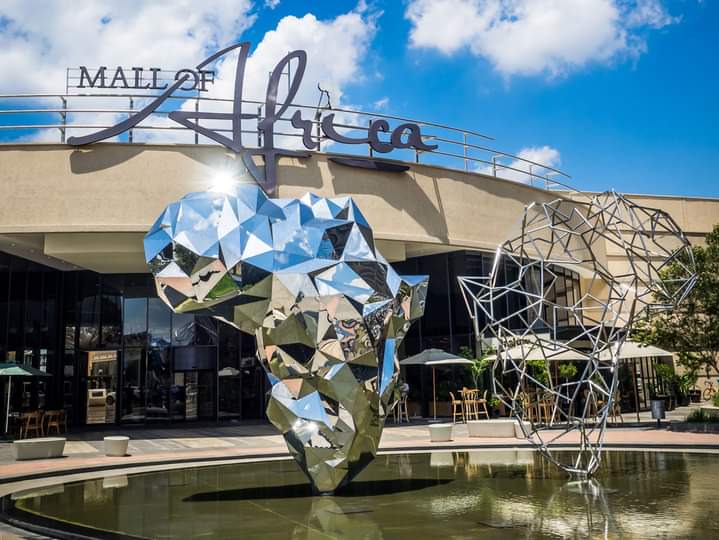 It appears that one of the biggest and recently built malls has become a crime hotspot. Many people that have experienced crime at the Mall of Africa in Midrand are sharing their experiences on how they became victims of crime while shopping. 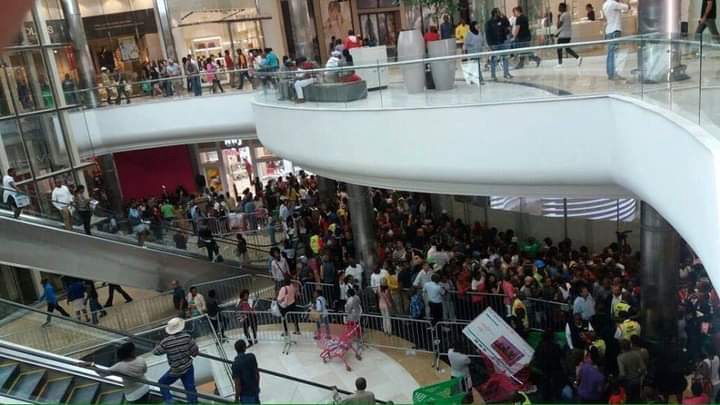 Currently trending on Twitter, a victim of crime says she was at a store shopping and decided to put her phone in her bag. She heard a phone ringing and thought it was hers but when she opened her bag, her purse and phone were gone. She was in denial of what had happened and asked someone to call her phone, and it was still ringing but not inside the store.

She went to the ATM to block her bank card and to iStore to report her phone so they could trace it, but it was already disabled. She then received information from a police officer that was helping her in opening a case of theft that there is a syndicate operating at Mall of Africa. What is more shocking is that the perpetrators are women, and they target people that are shopping alone. 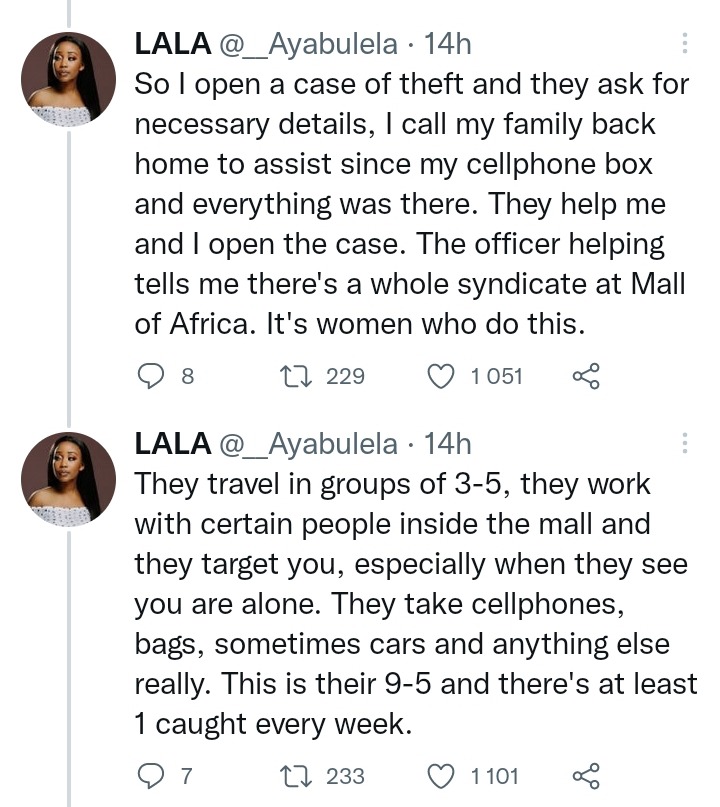 Days later, when the victim went to the bank to get a new card, but finds out that all her money is gone, that the perpetrators cleaned it out after transferring it using her banking app and it was withdrawn at Mall of Africa, the same day when she lost her card. 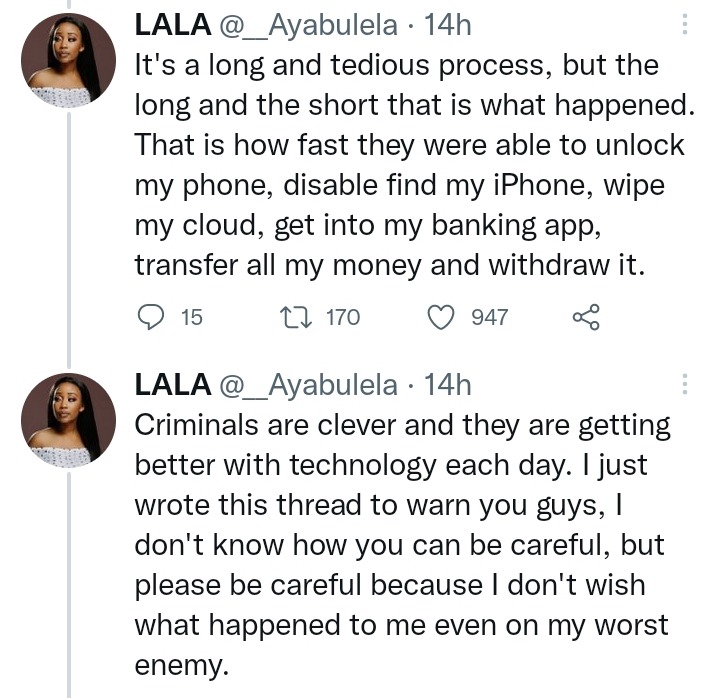 Her story has shaken her followers, and many of them are sharing their own experiences. Some have lost their cars, others groceries, phones, and money. No one knows how criminals manage to transfer money from their banking apps without their fingerprints or PINs. Criminals even apply for loans using their banking apps. 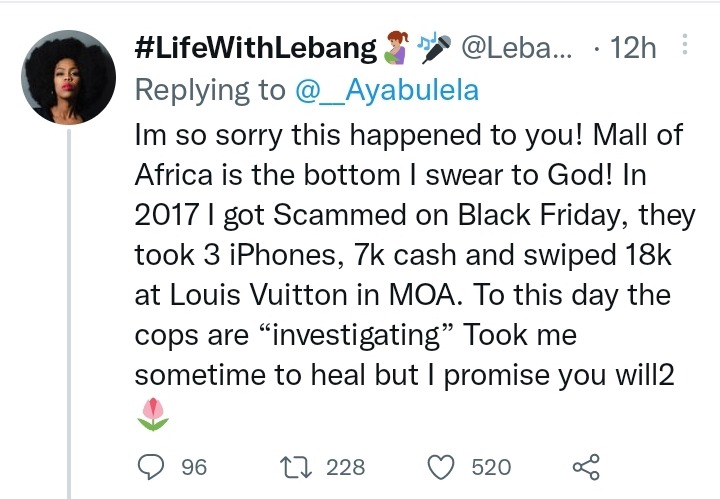 According to the public's opinion, shoppers should not display any expensive gadgets while shopping. Women should not even wear make-up, and men should look like beggars to ensure that they do not draw attention to themselves. 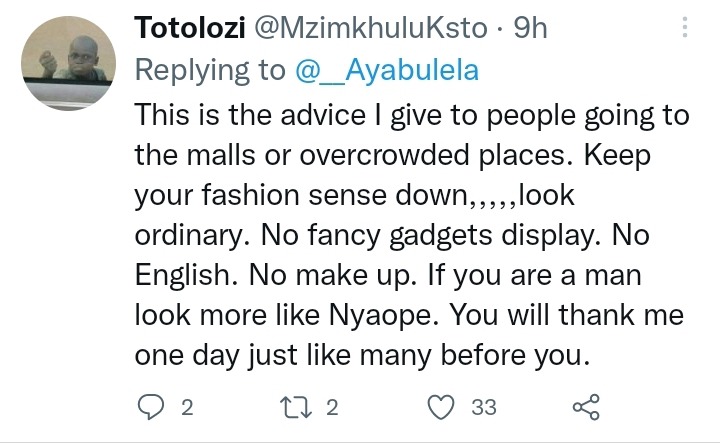 Crime is in South Africa's veins and has become part of its moral fiber. Until we choose to edit our story, whether it is bringing back the death penalty or have soldiers deployed everywhere we go, we will continue wishing for a better tomorrow but things will remain the same. We will remain a country whose crime stats are up the rooftop.