A terrible death of John Jones

By Gkmedia (self media writer) | 20 days ago 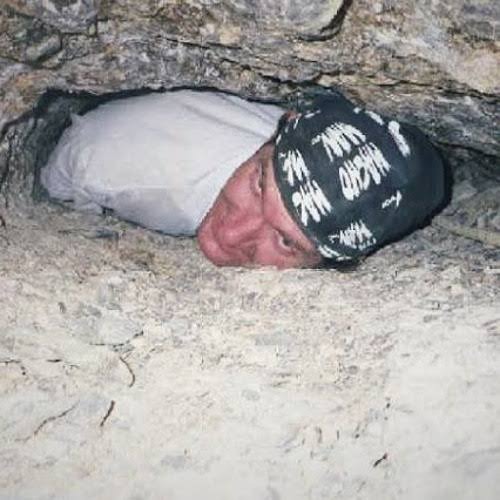 John Edward Jones was a 26 year old medical student and an experienced spelunker ( somebody who explores caves as a hobby) from America. During a trip to visit family in Utah, he went cave diving with a group of friends.

The group entered the Nutty Putty (a popular cave known for its tight twists, crawls and turns). John who was 6 feet tall made a tragic mistake of thinking he could fit into the narrow vertical passage, known as the Birth Canal. He did not anticipate getting stuck in the narrow canal. He went head first into the narrow passage using his hips, stomach and fingers to inch himself forward but he became stuck and then realised that there was no room for him to turn around or to even go backwards.

He could only move forward and breathed in so he could fit through a small L shaped pinpoint. However when he breathed out again, his chest expanded causing him to become trapped for good. 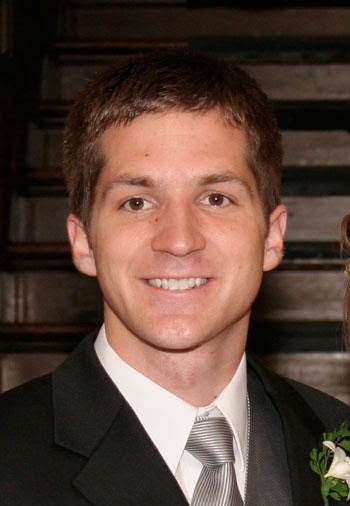 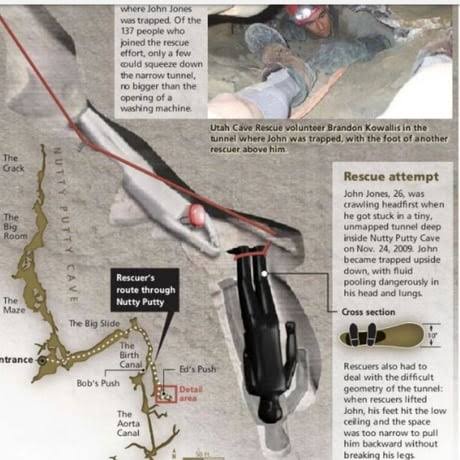 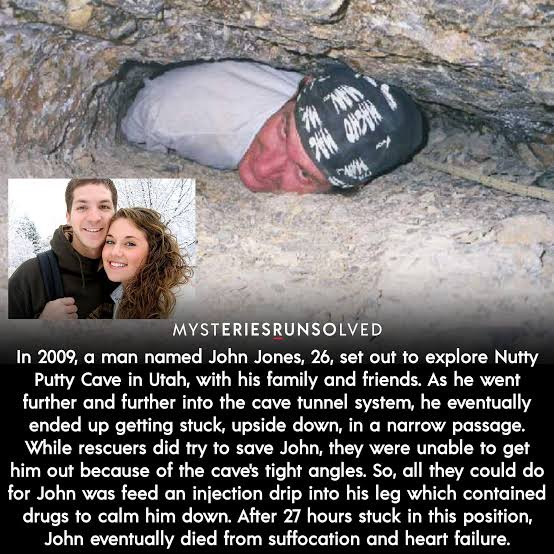 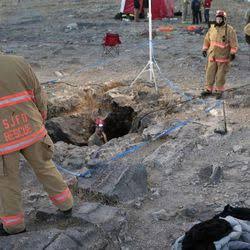 His brother tried to pull him out by his calves bit this caused John to slide further down the passage a d his arms got pinned under his chest. After the unsuccessful attempt, his brother made his way out of the cave to call for help.

Rescuers arrived to find that John was trapped in the worst spot in the cave which was so narrow that it was difficult to get rescuers to reach him. They managed to get near him and give him an IV drip, food and water. He was also able to speak to his wife over a police radio.

After John had been hanging upside down for more than eight hours, rescuers were able to partially free him using a rope- pulley system. But in a sad twist of fate, the rope broke causing John to fall back into the same gap. His body started to feel strain with a lot of pressure on his upper body from hanging upside down for so many hours.

As rescuers raced ahead with a new plan of rescue by using air-conditioning powered tools to chip away at some of the rock surrounding John, he became unresponsive. This was after being trapped upside down for more than 24 hours. The pressure on his body was too much. He was pronounced dead of cardiac arrest by a rescuer who was able to get close enough.

It was too risky for rescuers to try to retrieve his body so he was left there. The entrance to the cave was boarded up. A week later concrete was poured into the main opening of the cave forever sealing John inside. A sad story indeed, he left behind a pregnant wife and a baby daughter.

3 Things You Should Do For Your Wife Every Night, If You Want Her To Love You More