Many south Africans are calling the government to come to the rescue of the people in Hillborow, citing that the violence have already become a sort of full-fledged war between foreigners and citizens of the place. A concerned South African lady from Hillborow is pleading with the government via a Twitter post. She painfully wrote, "In South Africa's notorious Hillbrow right now there is a violent underground war going on between Zimbabwean criminals on one hand and the Zulu landlords and taxi drivers on the other hand". Many people are already blaming the government for not being prompt in settling the conflict that have raged on for days now. 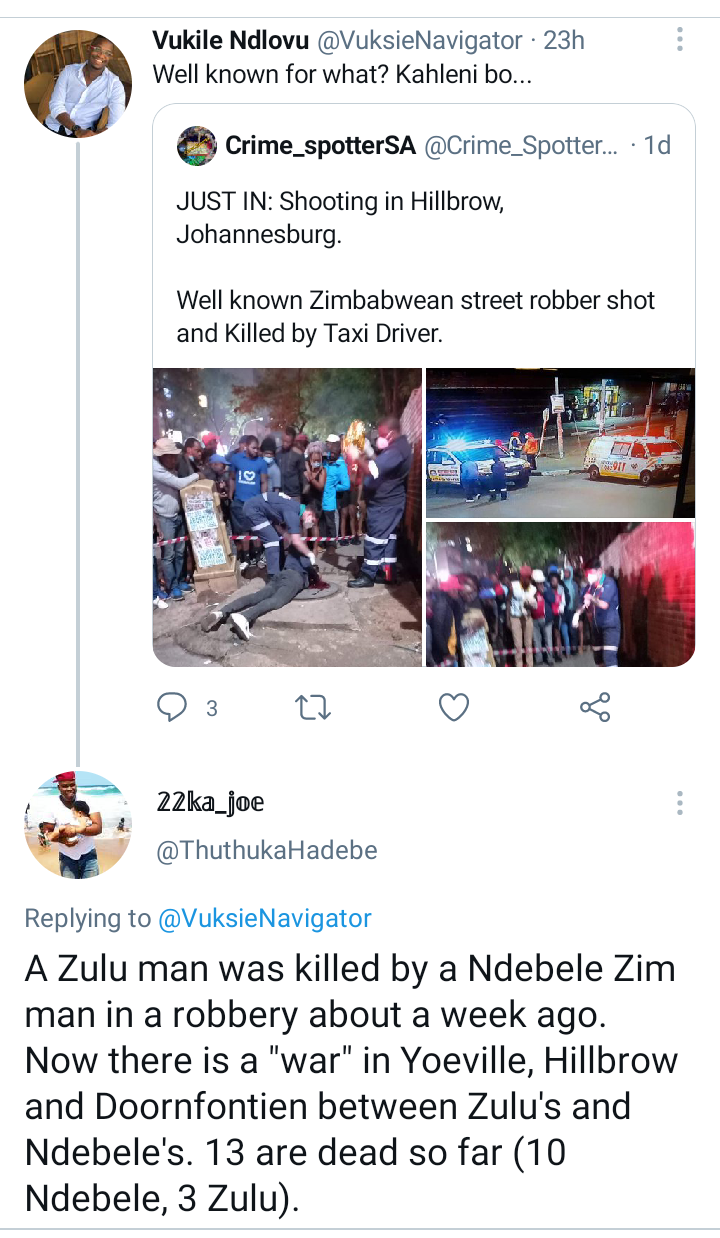 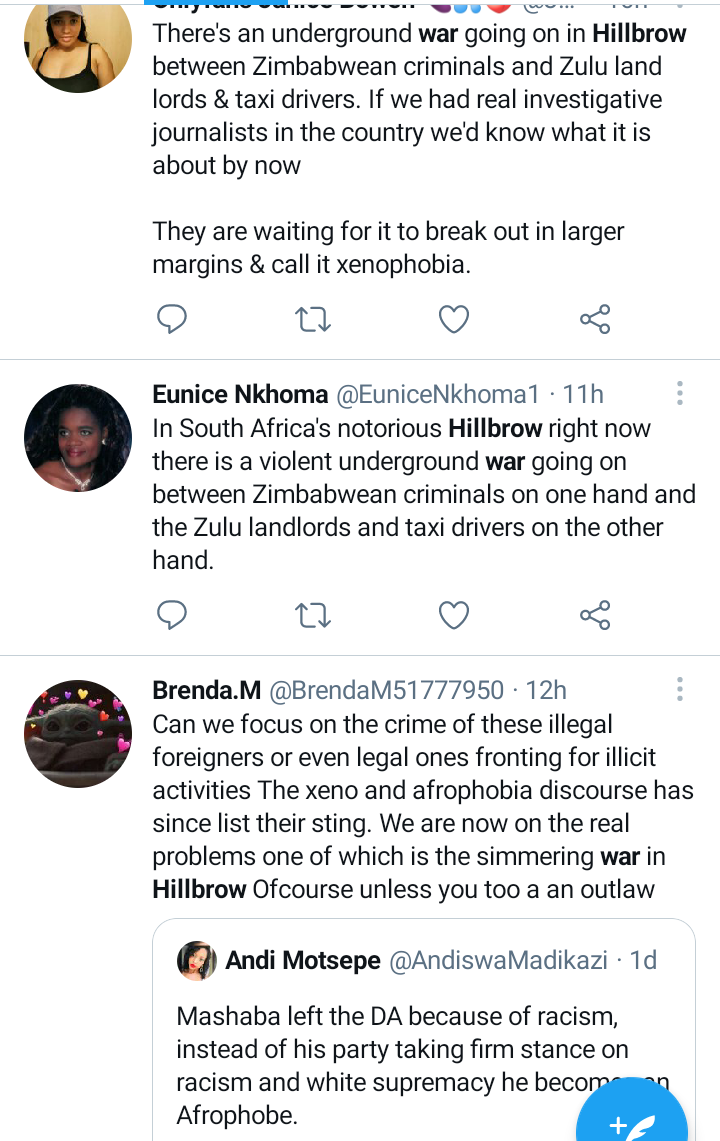 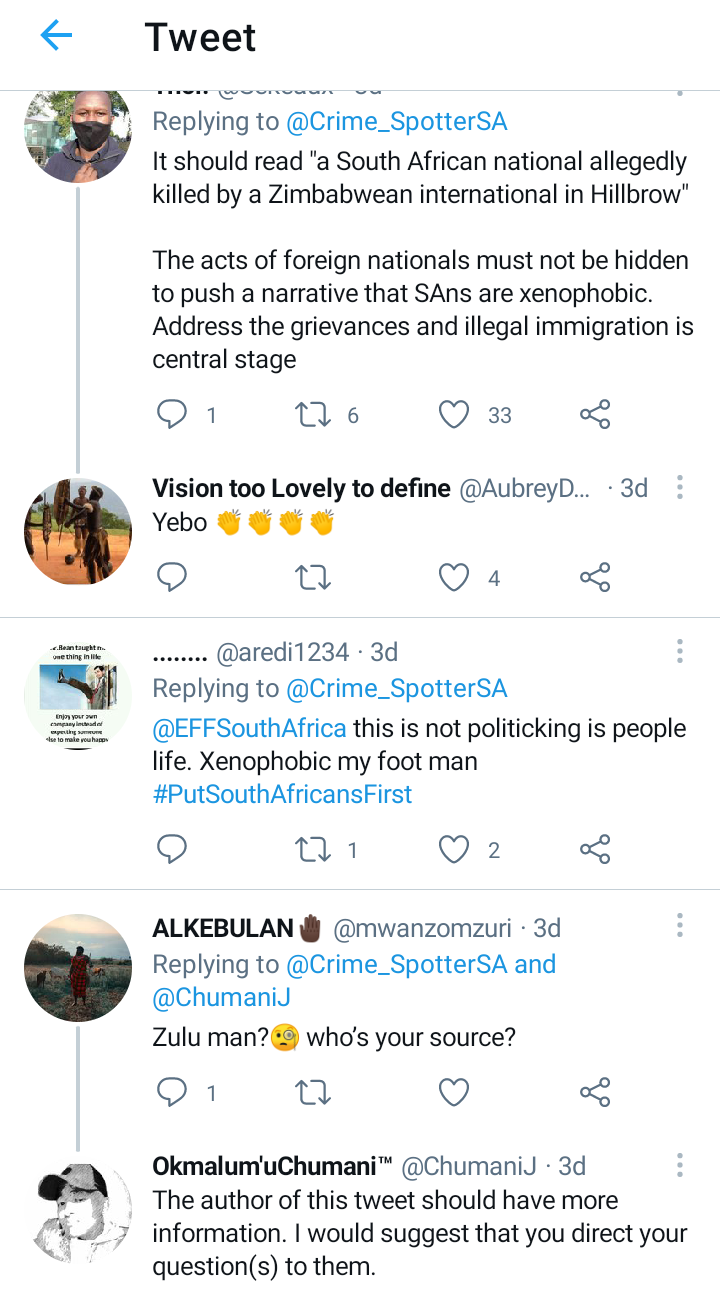 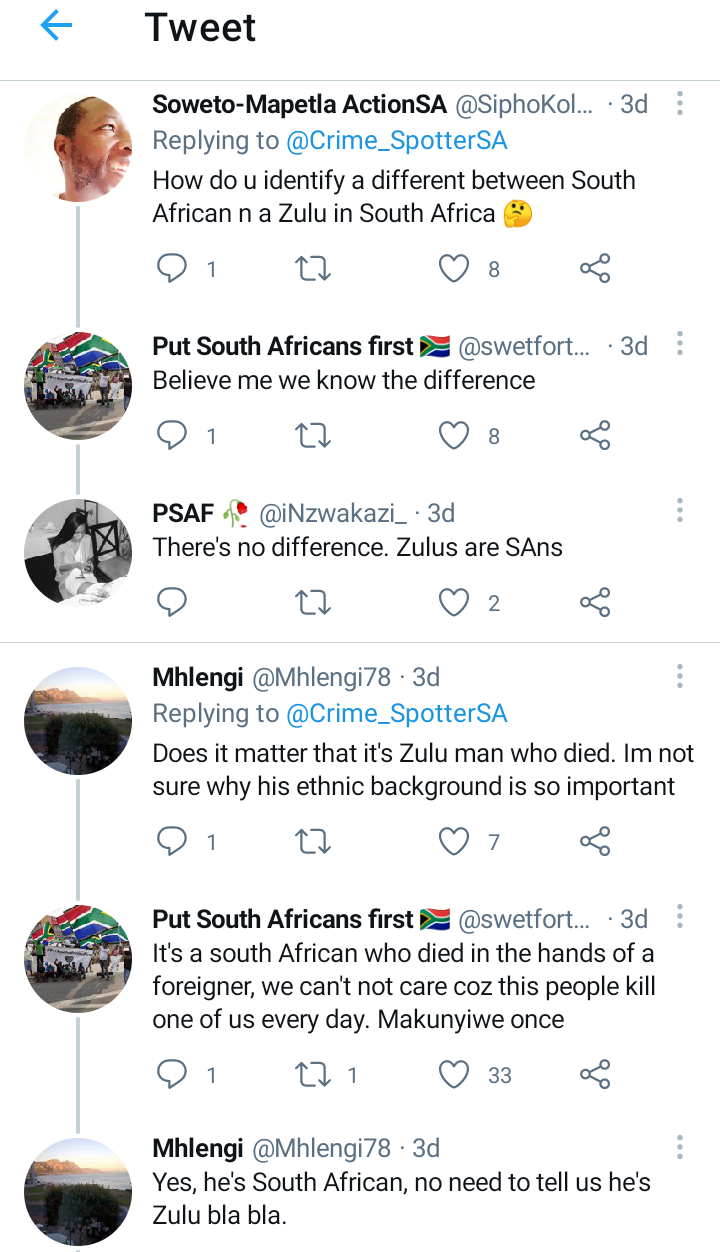 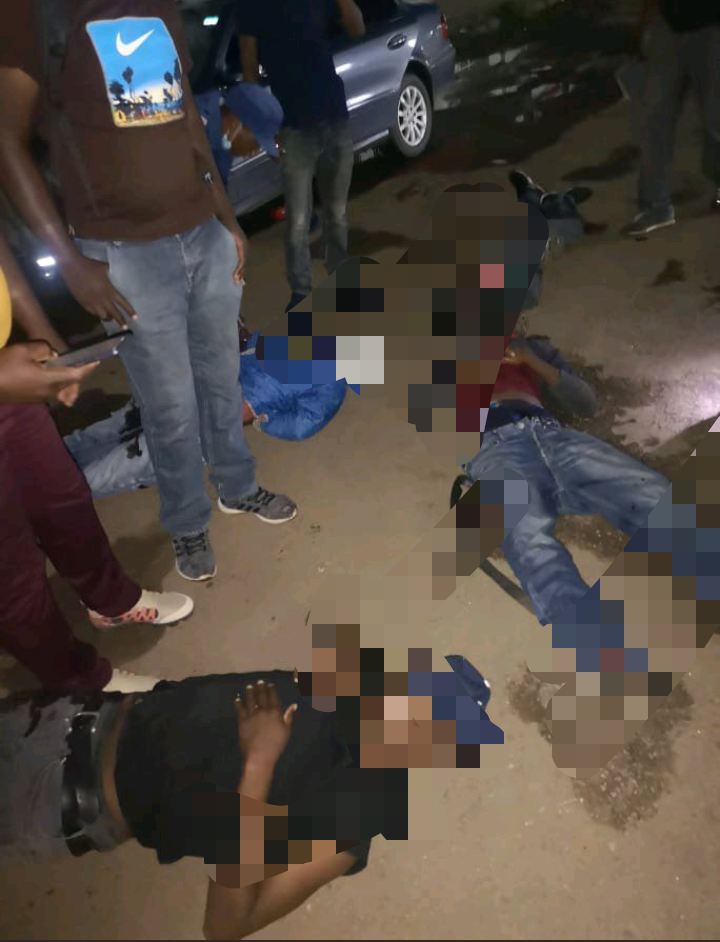 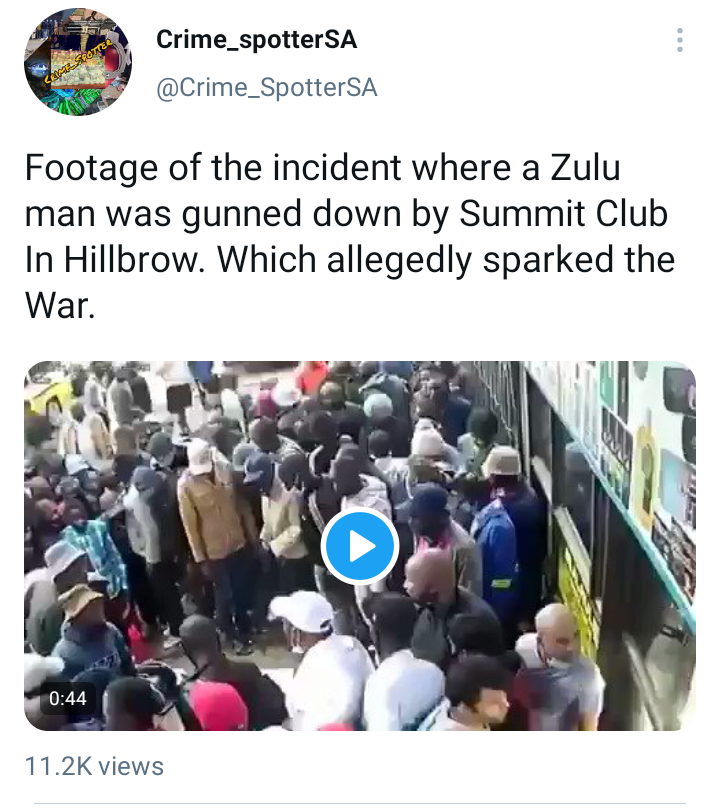 South Africans say that they cannot relate how irregular migrants and Undocumented foreigners will have the boldness to be fighting those who have shown them hospitality, “Can we focus on the crime of these illegal foreigners or even legal ones fronting for illicit activities The xeno and afrophobia discourse has since list their sting. We are now on the real problems one of which is the simmering war in Hillbrow Ofcourse unless you to a an outlaw”. Some are directly casting the blame on EFF, saying that it was the party that invited these undocumented migrants and Undocumented foreigners that are now wrecking havoc in Hillborow. 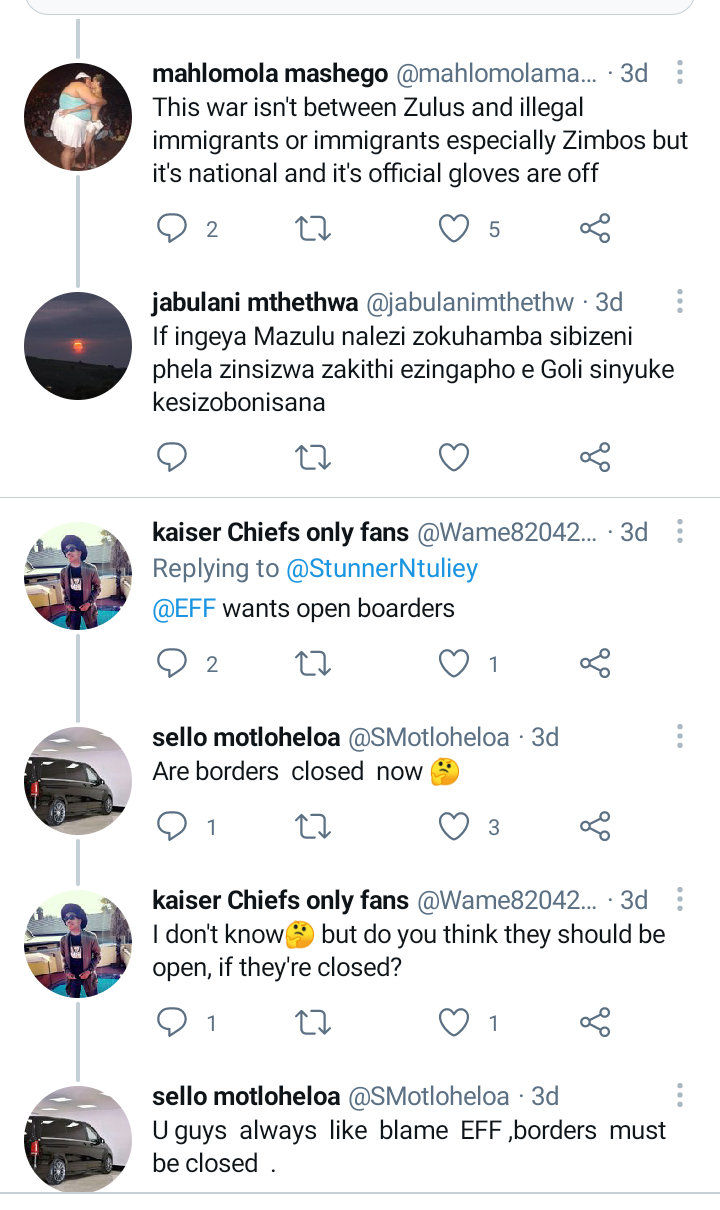 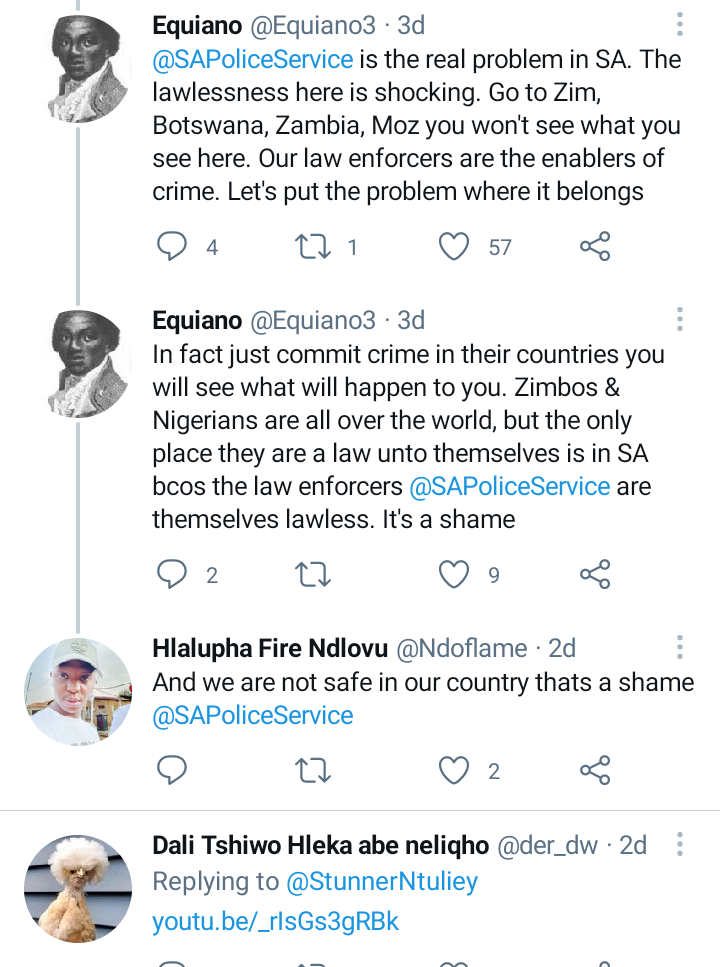 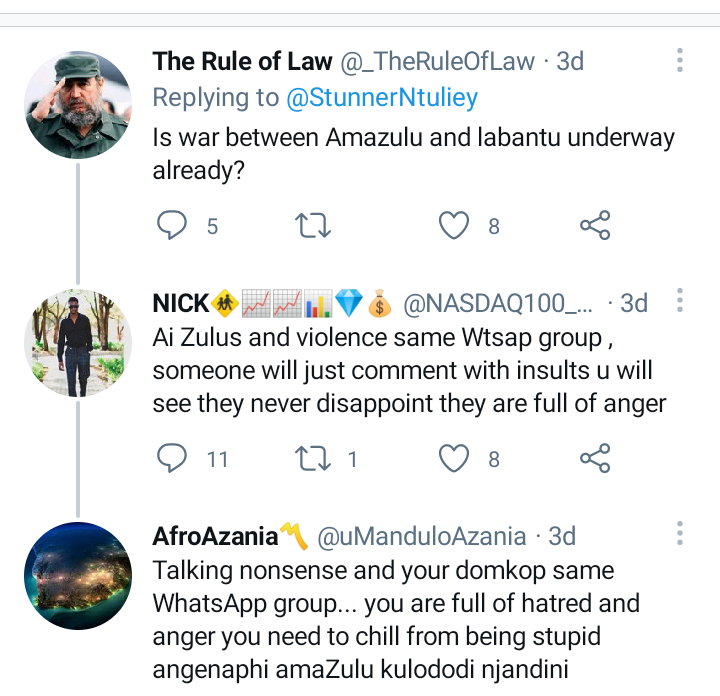 Twitter user resounded that the fighting is still going on, “A Zulu man was killed by a Ndebele Zim man in a robbery about a week ago. Now there is a “war” in Yoeville, Hillbrow and Doornfontien between Zulu's and Ndebele's. 13 are dead so far (10 Ndebele, 3 Zulu)”. Many people have already lost their lives in the process. It is most painful that a visitor could kill the house owners. This is clearly what is happening in Hillborow at the moment, South Africans lament. They want the government to put a lasting solution to the influx of undocumented migrants in South Africa Before foreigners will eliminate South Africans and take over the country. 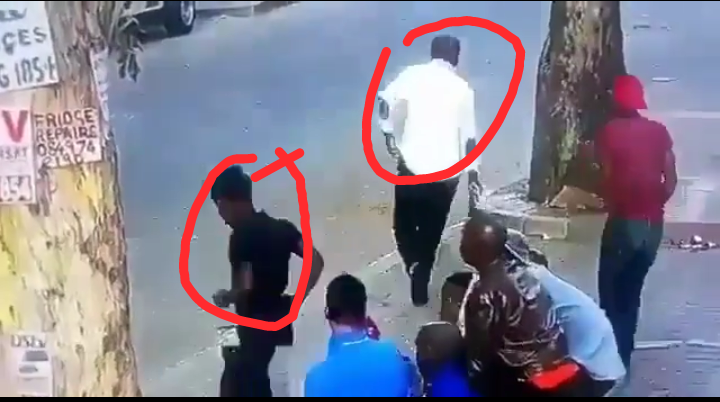 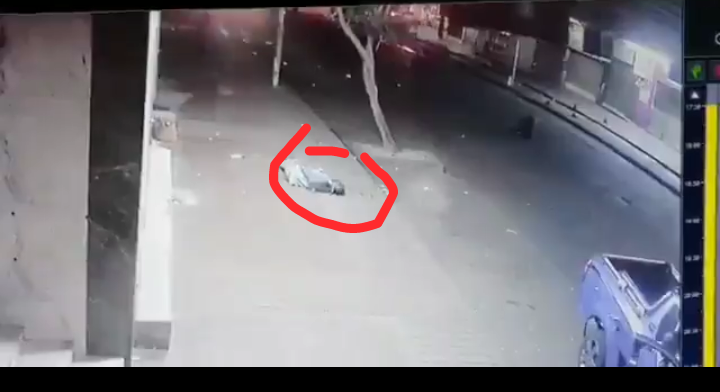 What happens when corruption gets out of control.