After his wife cheats on him, Killer T's bodyguard commits suicide. 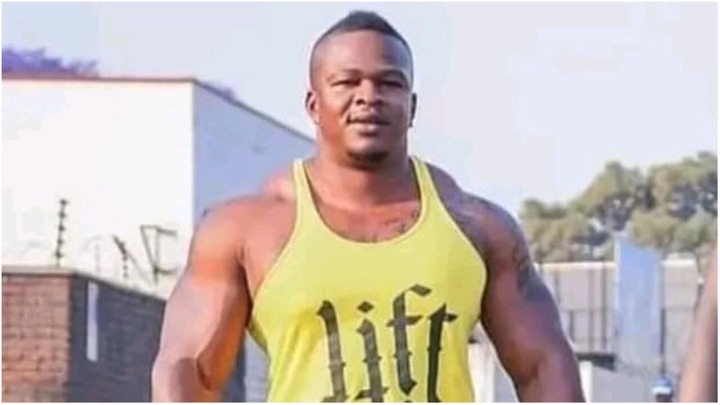 Killer T's Zimdancehall camp has been thrown into mourning after his bodyguard committed suicide because his wife cheated on him.

Takudzwa Michael Mutataguta (32) committed suicide on Wednesday after his wife cheated on him, according to news reaching this publication. Mutataguta, a bodybuilder, married the younger sister of Benjamin Chihota.

According to a police report obtained by this publication, Mutataguta's body was discovered at the N1 Hotel in Harare, on the corner of Samora Machel and Rotten Row. The bodyguard of Killer T was discovered by the hotel's general manager Halimana Valentine Sipho while performing routine checks around 1415 hours on Wednesday.

Mutataguta was lying parallel to the ground at the stairwell leading to the first floor when the general manager noticed him. He initially assumed that the late bodybuilder had overdosed and continued with routine checks.

When he returned, he noticed Takudzwa Michael Mutataguta had not moved and attempted to awaken him, but he was not responding. He then dialled NETSTAR Ambulance, whose crew arrived and pronounced the now-dead man dead. RRB5224599 ZRP KOPJE Police Station received a police report.