Before Namhla was allegedly shot nine times for attempting to flee an abusive relationship, she sent a series of WhatsApp messages requesting prayers. According to reports, she was shot after attempting to leave her violent boyfriend. She disclosed via WhatsApp that she was a victim of abuse. A lady who read the letter wrote, "Why do males detest us so much?" She didn't deserve to be shot nine times because she wanted to escape a relationship that was tearing her apart. 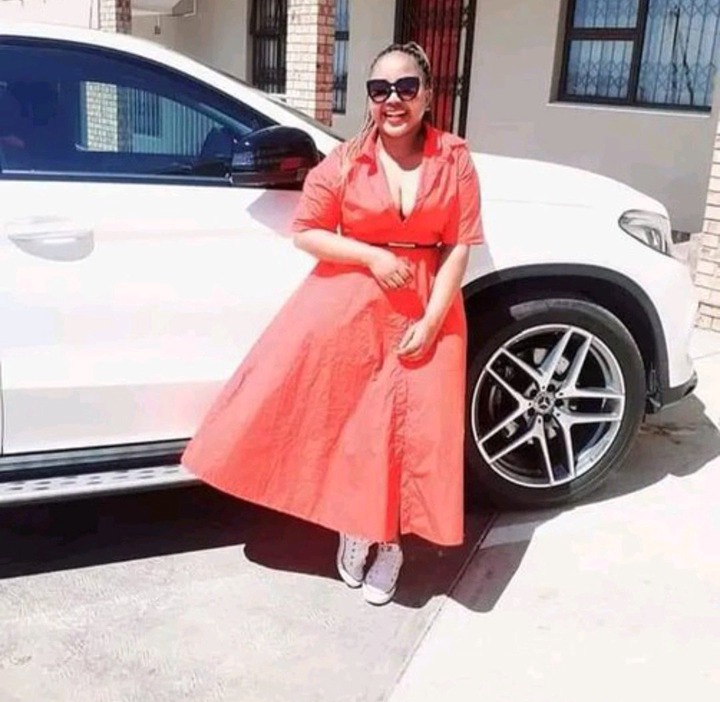 Worst of all, the police are not taking action. Many women want justice, claiming that women are no longer protected in South Africa. Another lady stated, "He alienated her from her family.

I mean, after a month and with all of this evidence, why haven't any arrests been made or even a single suspect been questioned?" 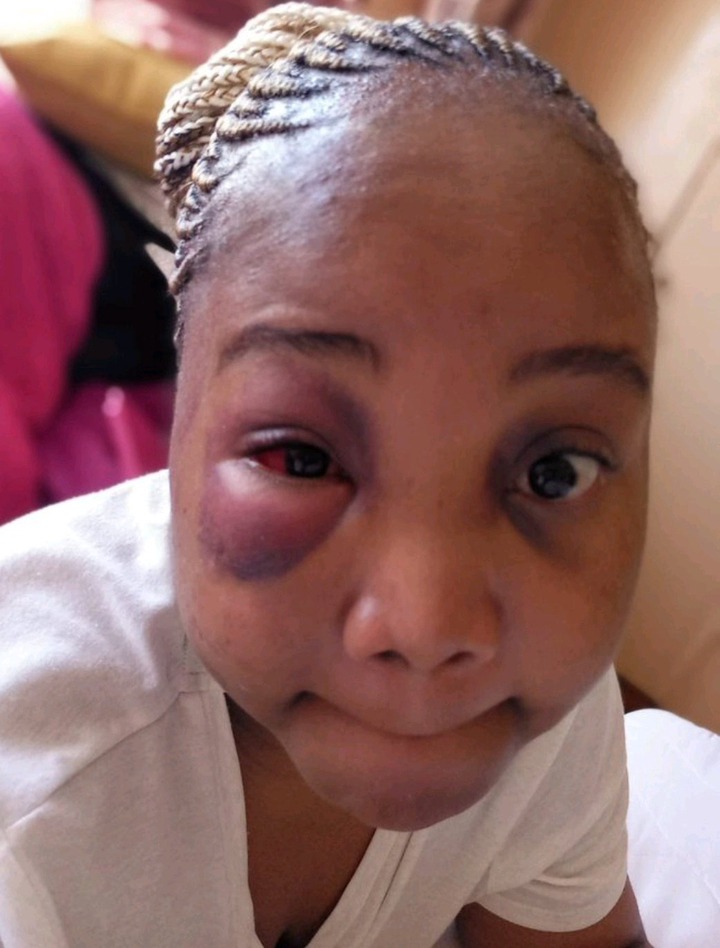 The young woman has several scars on her body, indicating a history of abuse and exploitation. Before her life was cut short by someone who shot her nine times, she endured a great deal in that relationship. Regarding the scars on her body and the fact that she had been beaten previously, a second female activist demanding for justice for the murdered woman stated, "The terrible aspect is that the case has been opened, and St. Loqani is the investigating officer. 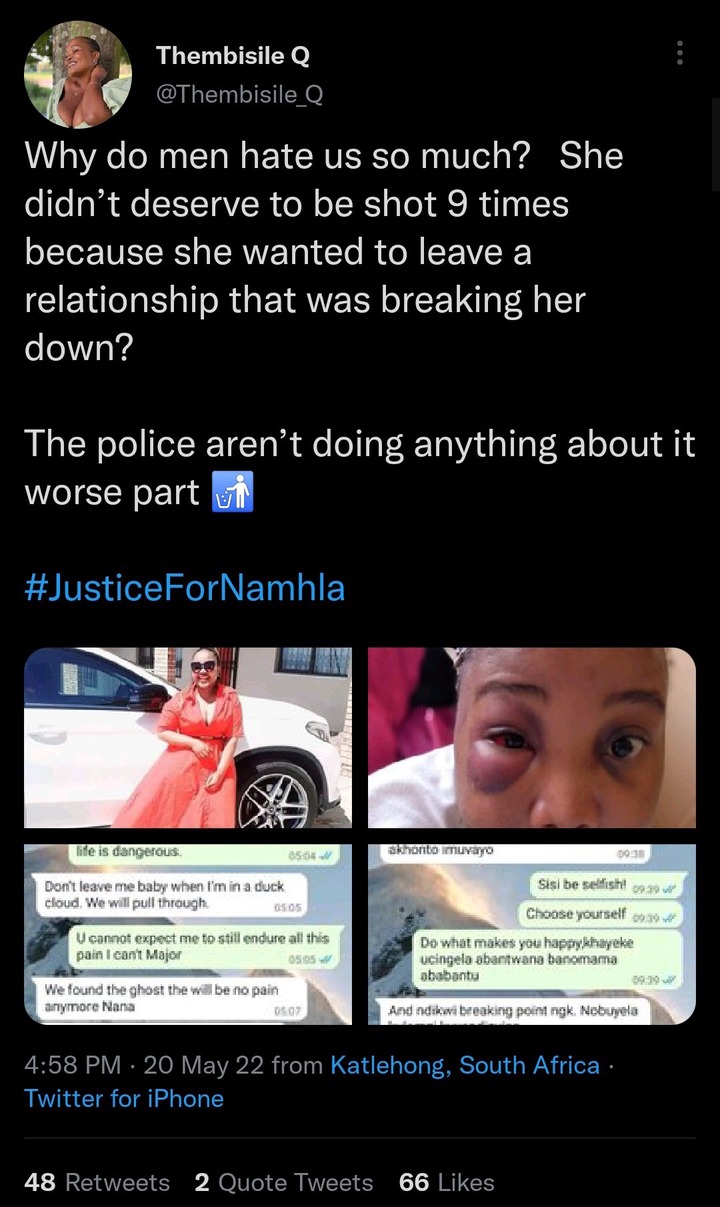 The police arrived and a statement was taken on April 22, 2022, the day after the incident occurred. In actuality, no arrests have been made nor has anyone been questioned. This man brought her to her death by emotionally, psychologically, and physically destroying her. These discussions are embarrassing. Oh! yini umntanabantu". It was suspected that the man shot her multiple times to eliminate any chance of her survival. On social media, many women are demanding "justice for her" and declaring that the treatment of women in South Africa is intolerable. 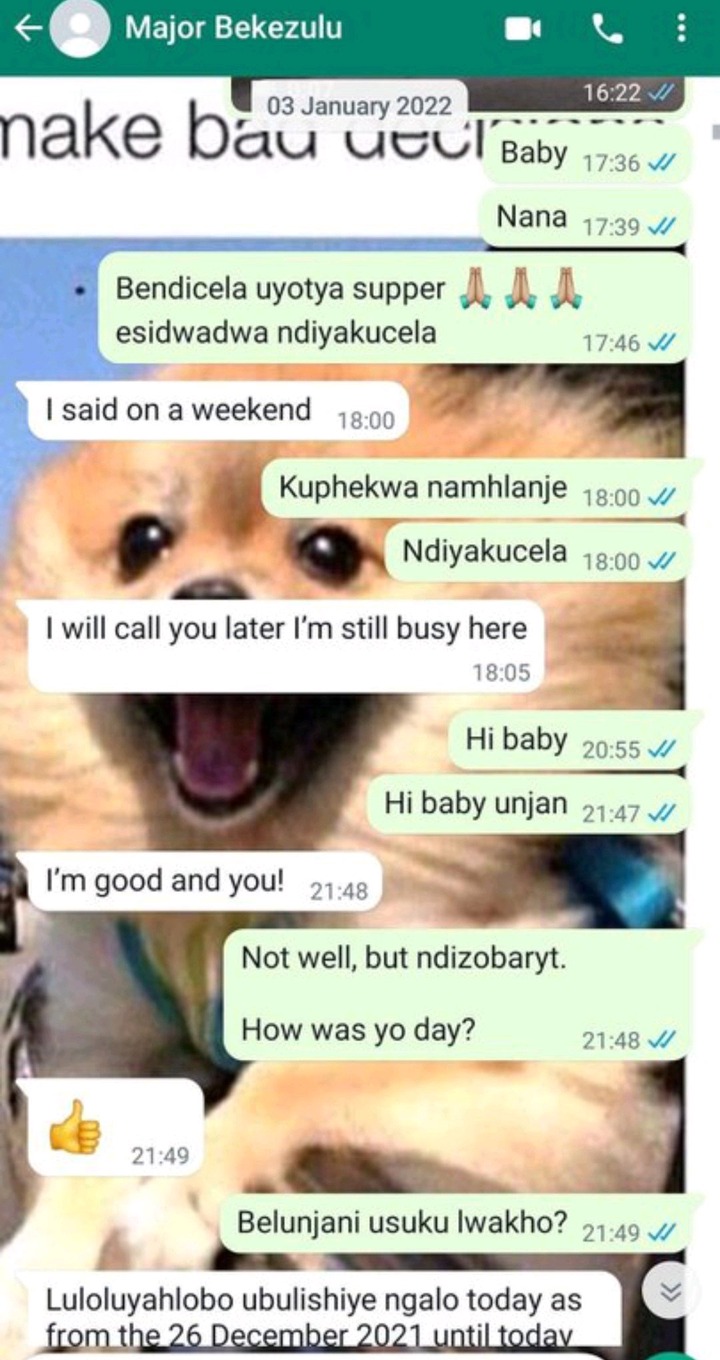 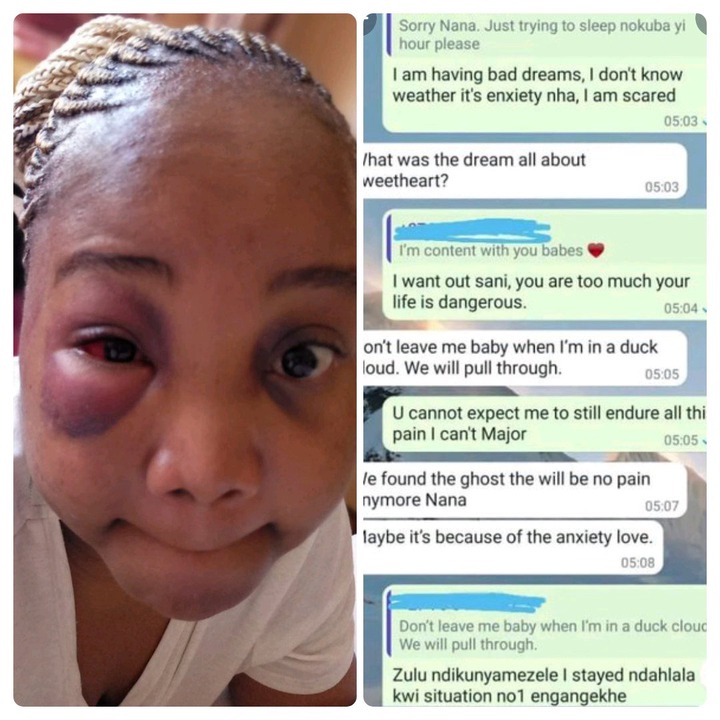 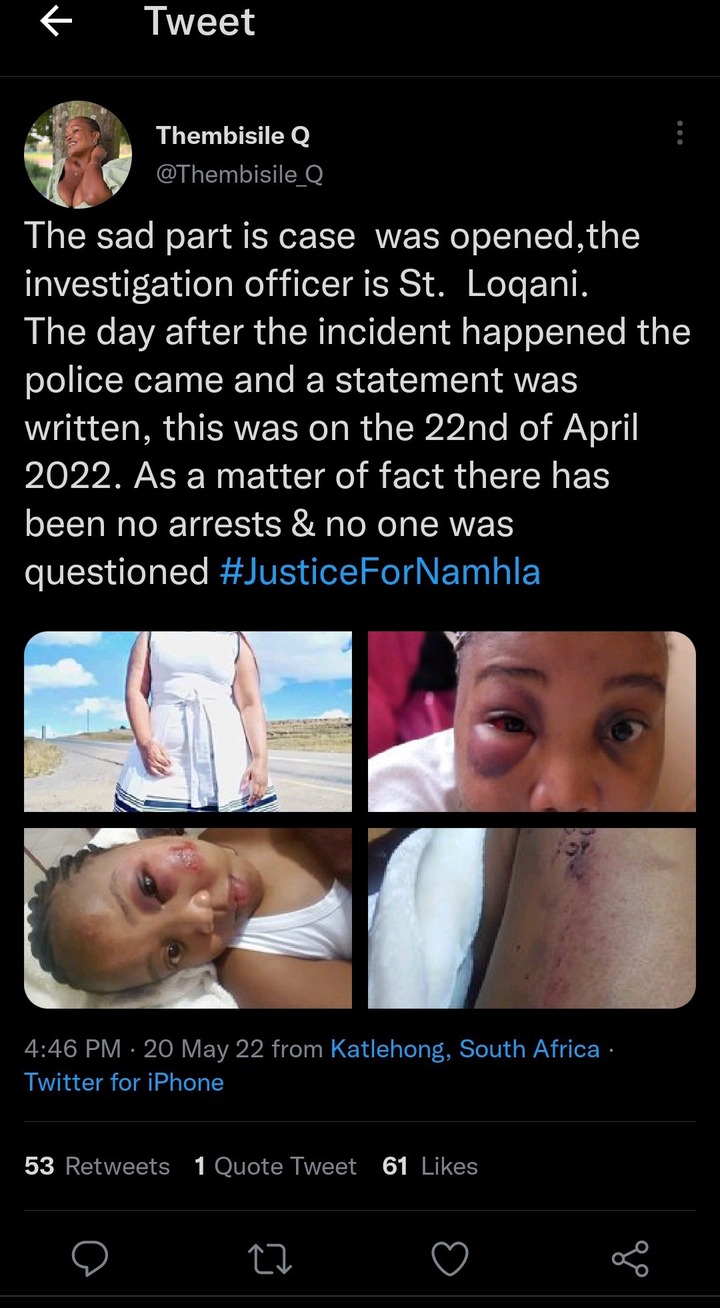 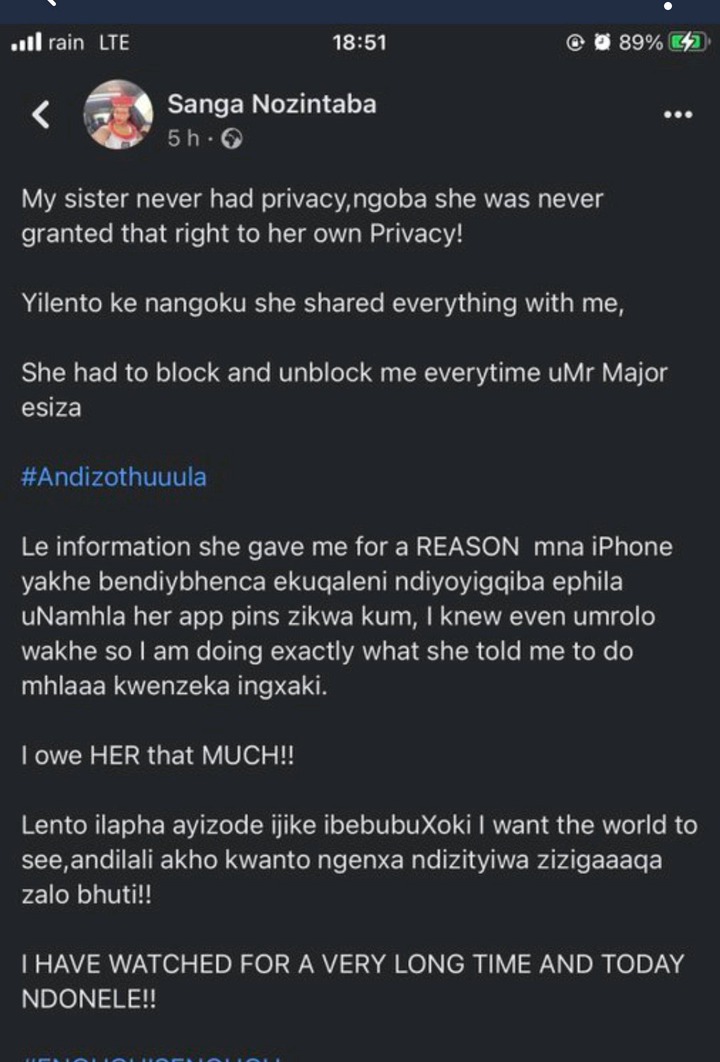 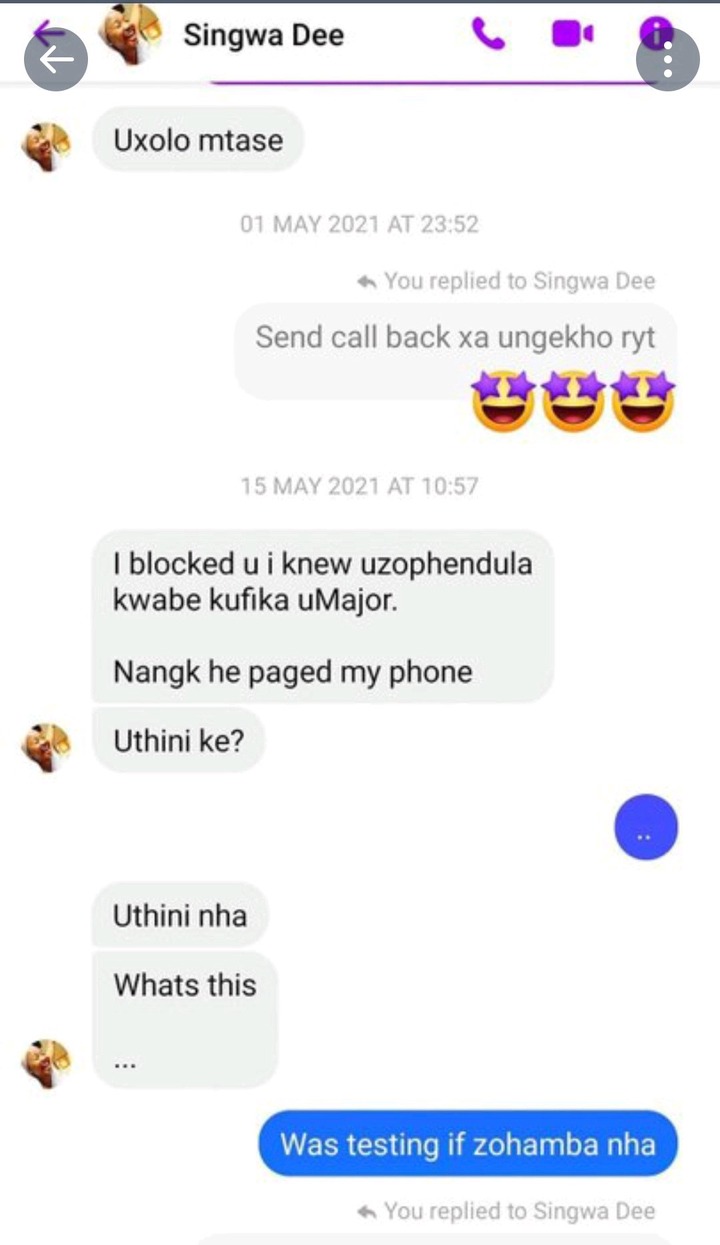