The sleeping neighbours of Nosive Jali, 33, were woken by the hysterical cries of her three-year-old daughter on Saturday night.

They found the badly wounded mother lying on the floor of her home but were allegedly chased away by her alleged attacker.

The neighbour, allegedly fearing for her life, fled her home without calling the police.

Jali’s husband, Thembelani Jali, 39, has been arrested and charged with her murder. 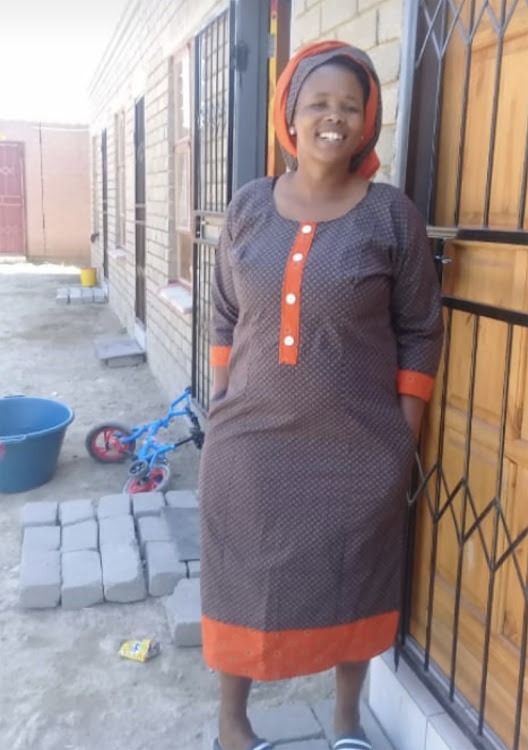 The couple, from Magutywa, Tsolo, had three daughters: an 11-year-old, a three-year-old and a baby delivered by caesarean section just four weeks ago.

A relative of Jali’s, who asked not to be named, said the young mother had been forced into customary marriage, or ukuthwala, when she was just 17.

“Thembelani worked in Rustenburg as a miner.

“He came back to Tsolo to attend a burial.”

Provincial police spokesperson Brigadier Tembinkosi Kinana said police believed the couple had argued at around 8pm on Saturday and that Thembelani had assaulted his wife with a stick.

“Due to her injuries, the wife was taken to Malizo Mpehle Hospital on Saturday.

“She succumbed to her injuries during the early hours of Sunday,” Kinana said.

Family members told the Dispatch that a relative had recognised the couple at the hospital.

Jali’s heartbroken mother, Nombeko Futshane, said her 11-year-old granddaughter was so traumatised by her mother’s death that she had run away.

She had since been found and was living with family.

“I am numb. My child did not deserve to die the way she did,” Futshane said. She was my eldest. I am now fighting for my grandchildren to stay with me.”

Jali’s distraught cousin told the Dispatch her relative had been a wonderful mother and was always concerned about the wellbeing of her children.