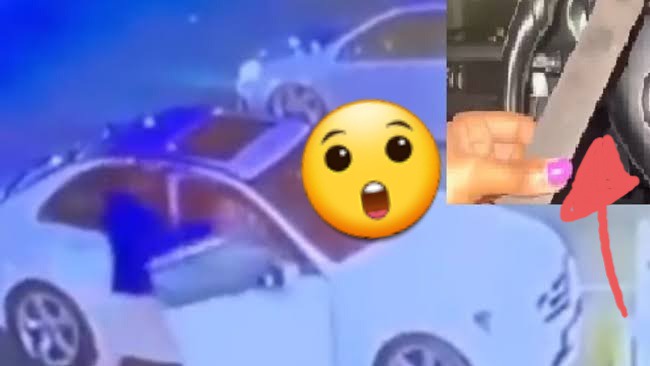 A video footage has made rounds on social media (Facebook), the video shows a brave woman fighting off a criminal who attacked her while she was sitting inside her vehicle, luckily the criminal's plan was unsuccessful.

On the video which was posted the eThekwini Secure Facebook group, it shows man wearing a blue long sleeve t-shirt and white coloured pants approaching a white Mercedes Benz which was parked, the suspect opens the driver door leans inside the vehicle. Him and the owner of the vehicle began to tussle.

The owner (woman) pulled out a slasher and began stabbing the suspect, the suspect backed out and fled the scene on foot after being unsuccessful in getting what he wanted, luckily the courageous woman was not harmed during the incident, several people on social media praised her for her bravery.

The incident is said to have occurred in Durban.

Gogo Arrested For Possession Of Drugs And Bank Cards, Read Below To Know Everything

Deadly shooting occurs outside a school in Midrand

VIDEO| (2) Young Boys Caught By Community In Limpopo, Watch What They Were Doing To A Woman.