Woman Is Shot Dead While Dressed as a Ghost to Terrorize Neighbors: A lighthearted prank turned tragic when a lady in Naucalpan de Juarez, Mexico was shot and killed while dressed as a ghost and tried to terrify her neighbors. 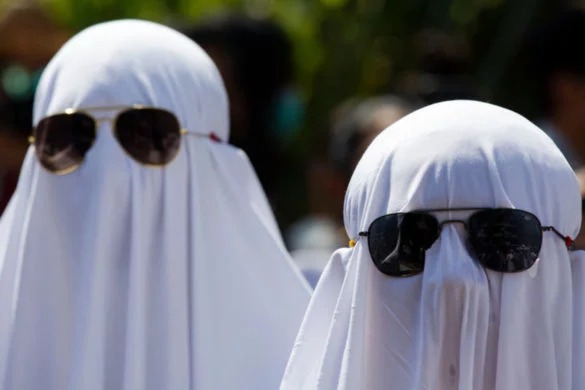 According to The Sun, the unnamed lady was observed strolling the streets dressed as a ghost. She wore a white gown with a veil on her head. The Weeping Woman, often known as La Llorona, was meant to be modeled by this.

People in the area claim to have spotted a ghost figure walking around the streets on October 15th. "Ay mis hijos," she said, which translates to "oh my children."

The startled shooter fired at the ghost costume-clad lady before fleeing the area, according to local reports. No arrests have been made in connection with the incident, and the woman's identity has not been released.

According to Legends of America, La Llorona's backstory is rather interesting. The ghost's name means "Weeping Woman" in Spanish. The narrative has been a part of Hispanic culture in the Southwest since the days of the conquistadors.

According to folklore, La Llorona is a tall, slender ghost who is "given with natural beauty and long flowing black hair." She is also wearing a white gown.

She was crying and searching rivers and streams seeking youngsters to drag into the water and drown.

Although the legend of La Llorona's ghost is immensely terrible, no one knows where it originated or when it began. However, according to one of the traditions, she was born into a peasant family before turning into a ghost.

Her "humble" peasant surroundings were where she spent the majority of her time. She would, however, wear a white gown in the evenings. She did, however, have two young sons, which made going out and having fun in the evenings difficult for her. Her boys drowned in a nearby river after she abandoned them.

Latest design of nails for ladies to rock this xmas season