Bheki Cele, South Africa's Minister of Police, has responded to the latest crime numbers. South Africa's crime figures, particularly the rape count, have risen drastically in the last three months, which is assumed to be a result of the lockdown. South Africans are outraged by the figures, and some have resorted to social media to demand that Cele be dismissed.

PRETORIA – In a news conference, South Africa's Minister of Police, Bheki Cele, provided the latest crime statistics for the three-month period between July and September. He stated that the high figures are "very worrisome" at this point.

During the three-month period, there were 9 556 rapes and 2000 kidnappings reported. South Africa was experiencing increased levels of lockdown during the time period in question, which may have worsened the problem.

"The majority of individuals raped are women and the most vulnerable members of our society," the minister remarked during a press conference. 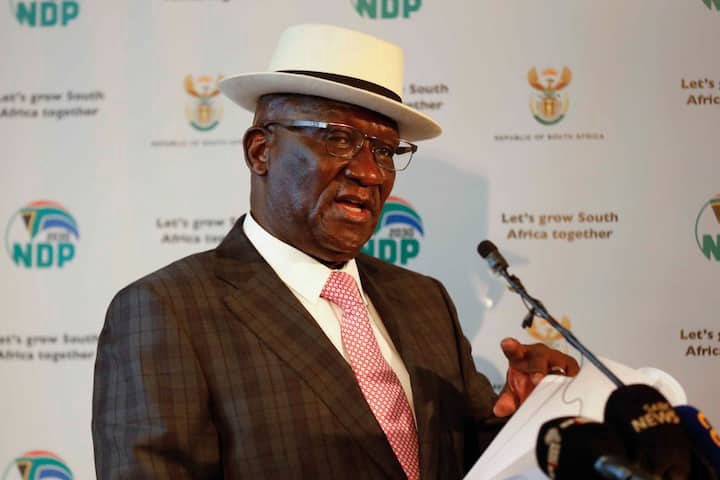 Cele noted that many rape victims believe they are unable to go to police stations to report a rape case because they will be subjected to secondary victimization. He stated that the police are committed to maintaining evidence collecting kits stocked in police stations and that officers undergo required training.

Gender-based violence (GBV) desks will be installed in police stations, which will be staffed by officers who have received GBV training and will be able to assist survivors following a GBV event, according to News24.

"I am speechless but not surprised," @GillianYoungBe1 said.

"And these are just the reported ones," tweeted @PeterDanielsZA.

"Minister should resign over these stats," @neh weewee believes.

"They are brilliant at giving numbers but not doing anything to lessen it because they are corrupt," claimed @AviweSo.

Briefly News previously reported that Minister of Police Bheki Cele announced that extra cops will be deployed in Gqeberha to try to halt the violence in the Korsten area. Cele was in the region on Thursday when he announced that the SAPS would be cracking down on illegal firearms as well.

The above is in response to reports that multiple rounds were fired during the altercation that erupted on Wednesday, October 13th. After receiving information that Durban Street is supposedly notorious for criminal activities, the Minister informed residents that police would be flooding the area to check for anything illegal. Cele claimed that the law had been broken in Korsten. He stated that he had been informed of arson, property destruction, and guns being brandished and fired. He stated that authorities will be hunting for those responsible for the property destruction and arson.