By Sasatjie (self media writer) | 16 days ago

Around 1 am on Monday, police received a complaint from the employees of Muldersdrift lodge regarding a man, Les Cloete, who was causing chaos at the lodge. According to reports, Cloete was fighting with the employees because they were denying him a room at the lodge. After all, he had a gun.

Cloete, who is believed to be an owner of a gym in Pretoria East, forced himself into the lodge and went to his room but the management decided to follow him and continued asking him to leave. As he was fighting with them, they decided to call the police. 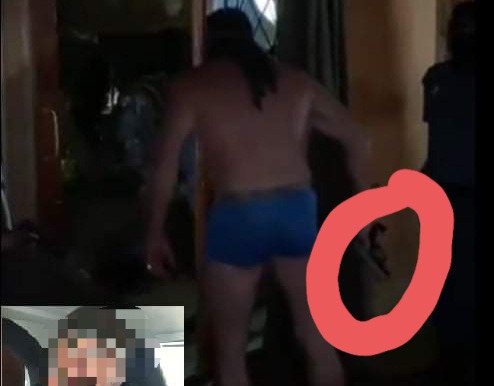 When members of the SAPS arrived, he was aggressive towards them, brandished and cocked a firearm threateningly, and dared the police to shoot him, calling them cowards.

He then disarmed a police officer with his service pistol, and that is when another officer reacted and shot him in the head. He was taken to hospital and in a coma. 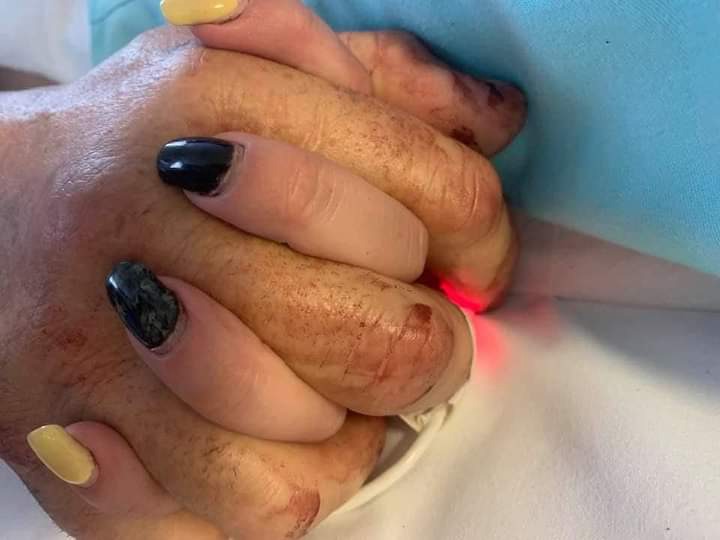 According to the South African Minority Union, Cloete, a father of two, is fighting for his life and they are insinuating that this is due to police brutality. They add that Cloete only tried to take a service pistol from the police officer because he wanted to put it. They have since deleted the post.

Those that are supporting Cloete say that the masses would be burning the ground if a Black man was shot in the head by a White cop for being aggressive but because this is reversed, they are blaming Cloete. 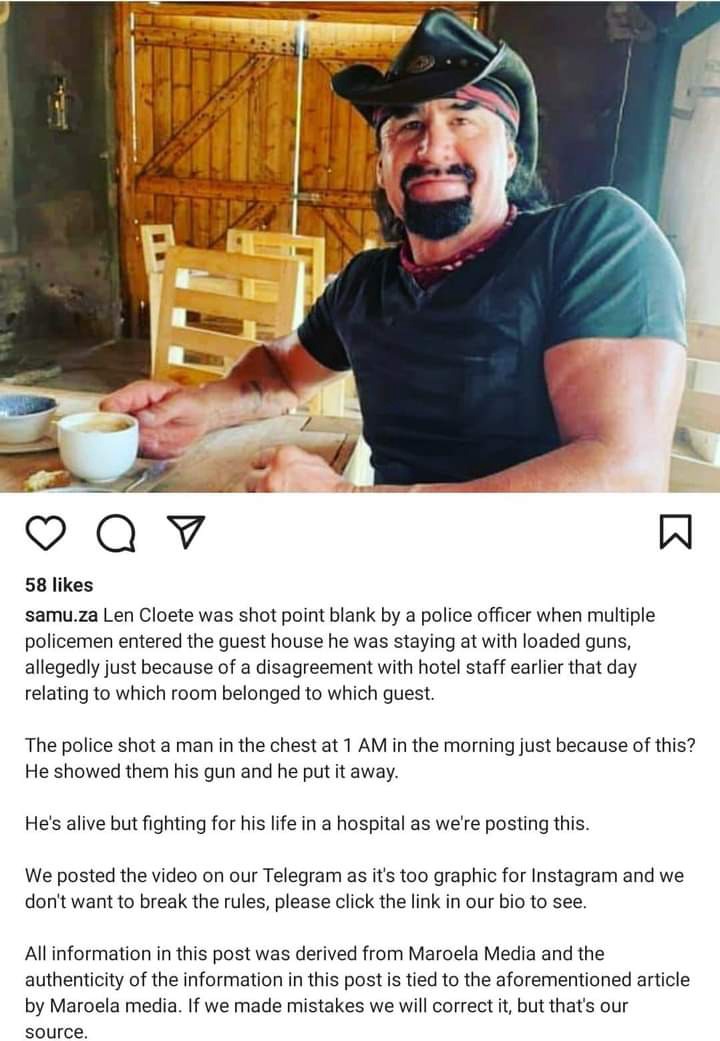 While others allege that this is police brutality, some are saying that if Cloete was a black man, he would have been shot way sooner than he was because he was aggressive. They add that he used his 'White Privilege', thinking that he will get away with his threats and insults and that the police will not shoot him.

Without being insensitive, this man asked for it. He was a danger already and made it worse by disarming the police. This was the last option. I can’t fault the police for shooting him. If he was a Black man, doing that to white policemen in the United States, he would have been taken out much, much earlier.

Had he not been subdued by that bullet, we would be blaming the safety and security system for being weak.

However, shooting him in the face is not justified. The police officer was panicking and should have at least aimed at his leg. Six policemen couldn't restrain one man. Not at any time did any of the officers show distress, not once did they verbally instruct him to put his weapon down, or place him under arrest.

What do you make of this? Who is to blame? Were the police wrong and did they not follow protocol or was the man a danger and the police acted accordingly?