Many south Africans are not happy that after several weeks that the Phala Phala farm robbery incident was reported at the police station, investigations are yet to begin. Khanyi, a popular social media influencer, has asked the police, most especially Hawks, how long it will take them to investigate the incident. She wrote, “How long will it take to investigate the #PhalaPhalaFarmGate criminal activities? When should we expect to see arrests?

@NPA_Prosecutes”. Recall that numerous cases were opened at different police stations in South Africa. Arthur Fraser and Carl Niehaus both opened cases at Rosebank Police Station regarding the Phala-Phala Farm robbery incident, Jacob Zuma's supporters and followers opened another one at Central Durban Police Station. People are crying out that despite all these numerous cases and many more reports opened regarding the incident, nothing has been done by the relevant authorities. 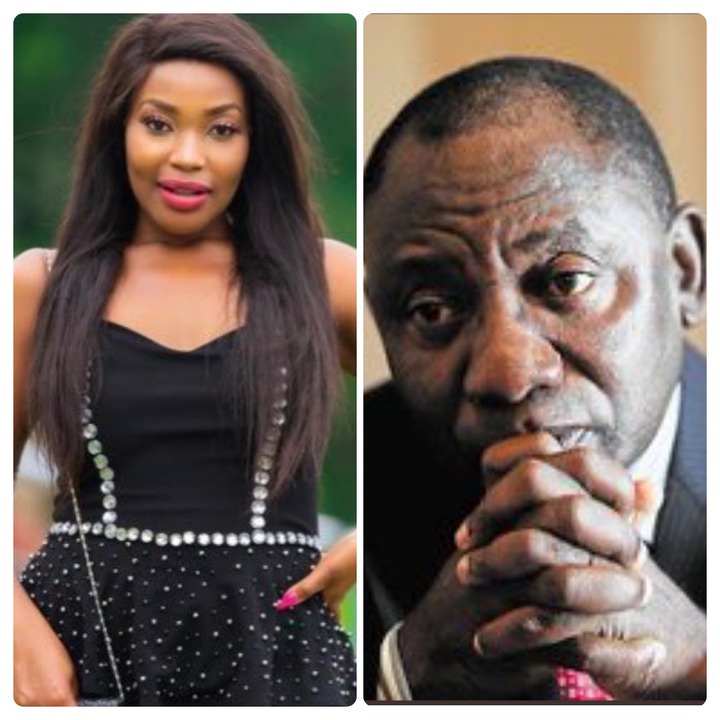 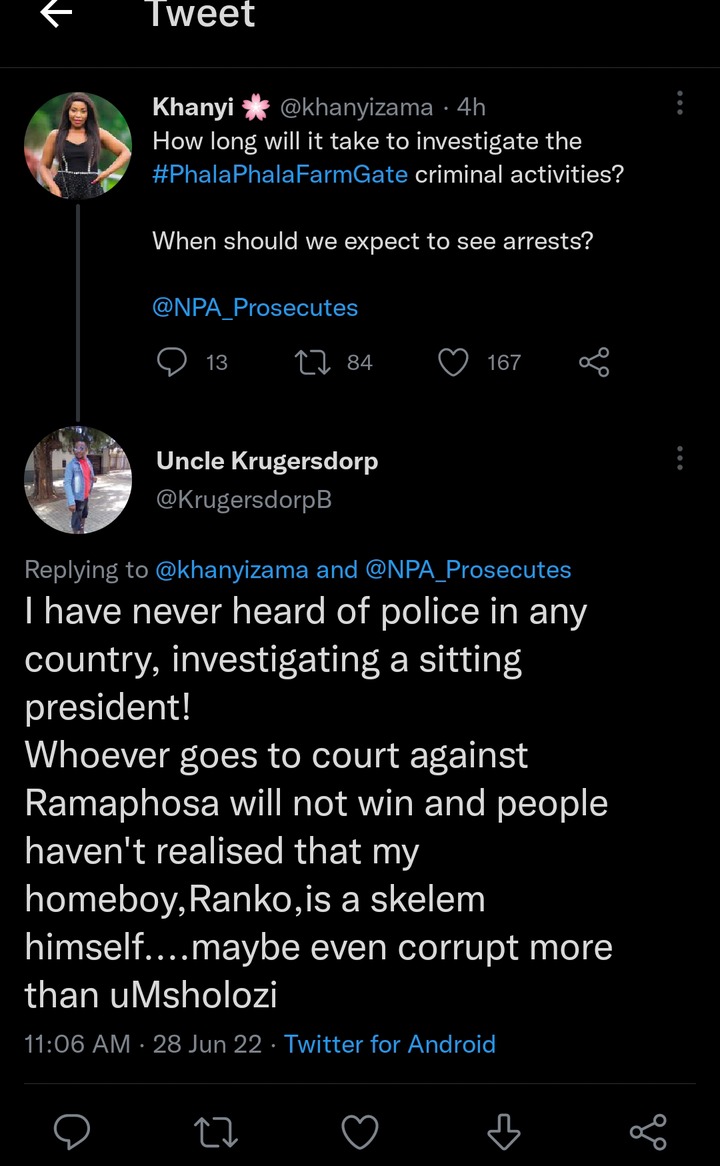 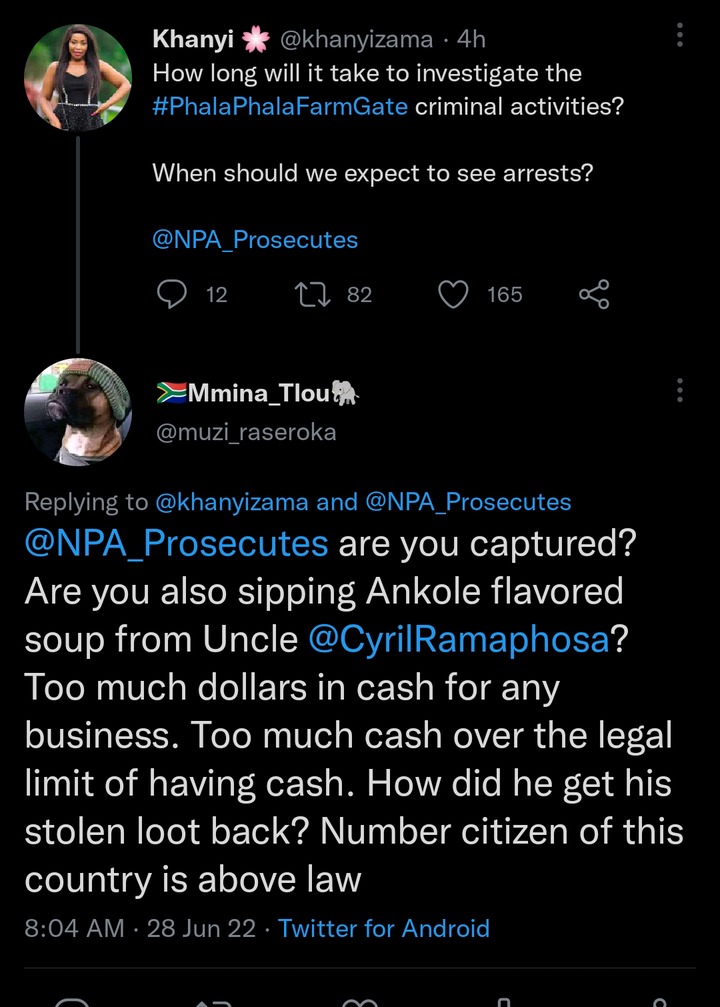 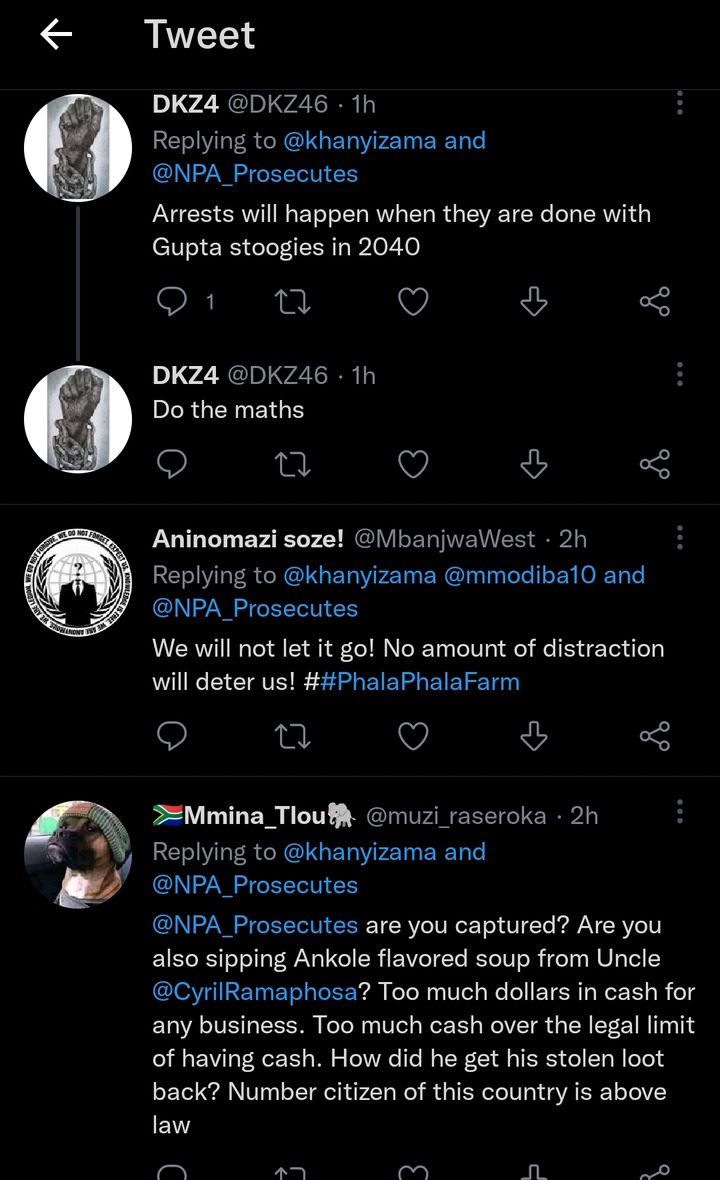 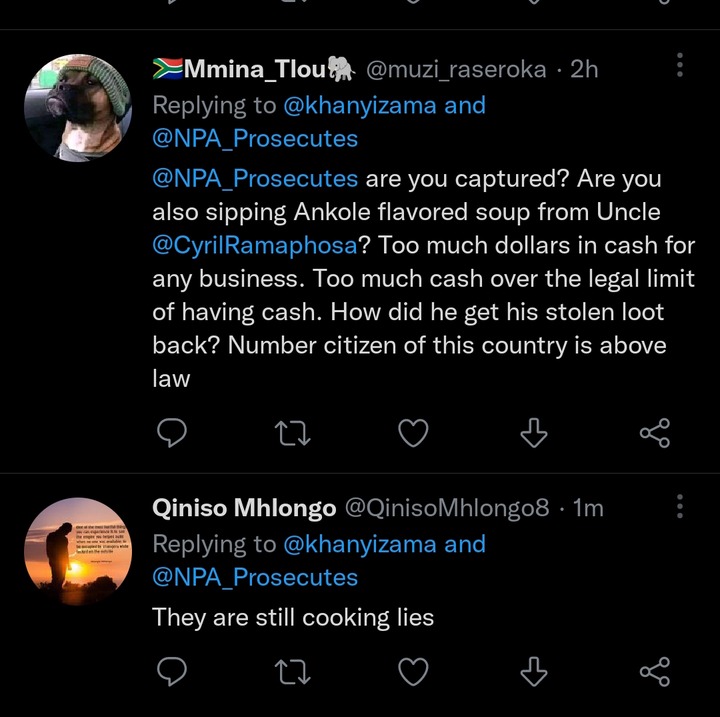 Some social media users said that they are doing everything possible to suppress the investigation process, saying that the people of South Africa must not let the case slip away. Someone wrote, “They are doing all to suppress it “this captured media platforms “--dam controlled captured judiciary; media enforcement platforms… We will not let it go! No amount of distraction will deter us!”. Another person added that the audio clip slip under the carpet, and this one will not happen like that. He wrote, “@NPA_Prosecutes, are you captured? Are you also sipping Ankole flavoured soup from Uncle @CyrilRamaphosa? Too many dollars in cash for any business. Too much cash over the legal limit of having cash. How did he get his stolen loot back? Number citizen of this country is above law”. Some are asking for investigation to begin as soon as possible. 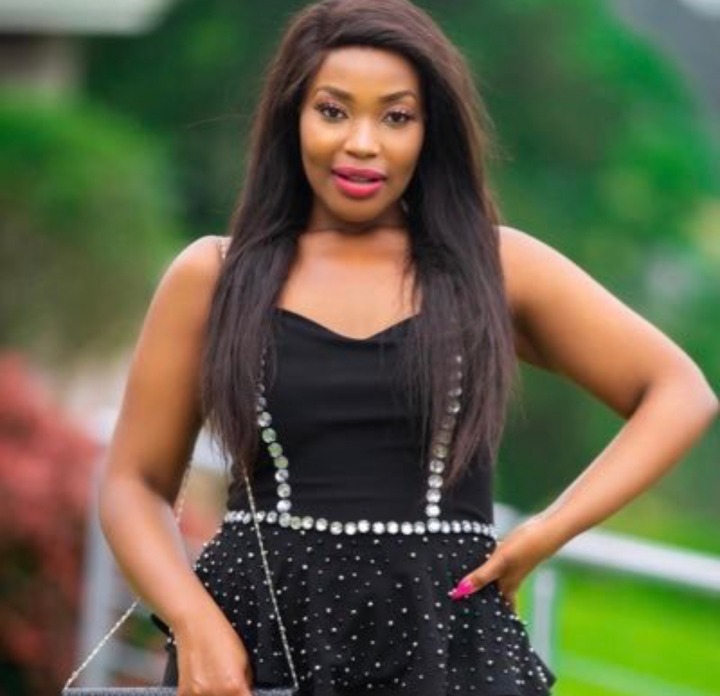 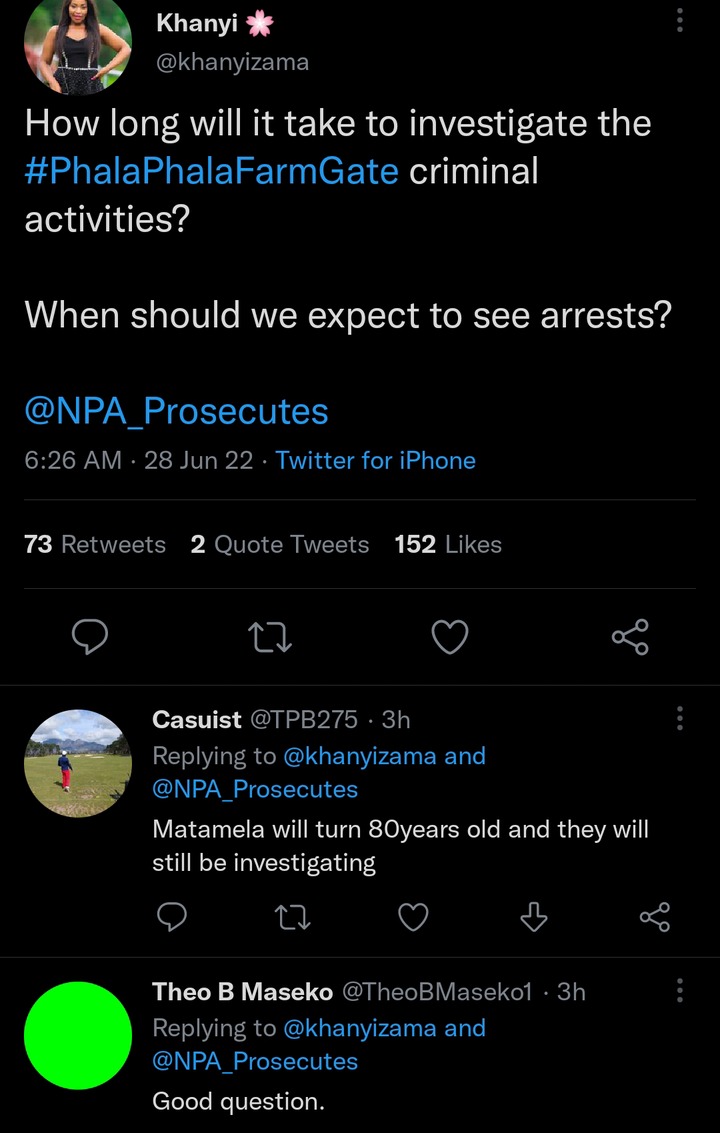