Truck drivers arrested for obstructing the N3 will remain locked up. 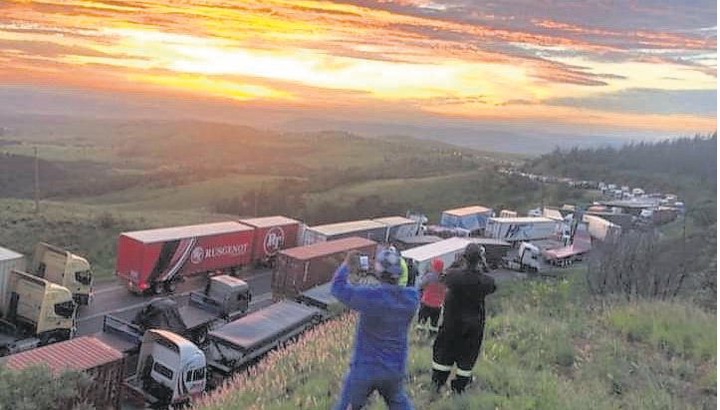 The 12 truck drivers who were arrested on Friday, December 3 for blocking the N3 will remain in prison.

The suspects had parked their trucks across the N3 motorway, blocking traffic, according to police spokesperson Brigadier Jay Naicker.

“The suspects had taken the keys of some of the trucks, rendering them immovable for a long period of time.”

Specialised units from the province had to be mobilised and assisted in removing the trucks from the road, allowing traffic to flow.

On Monday, December 6th, the accused made their first appearance in the Ladysmith Magistrate's court.

According to Natasha Kara, a spokesperson for the National Prosecuting Authority, the drivers have been charged with violating the road Traffic Act, specifically stopping on a freeway without lawful reason.

The case has been adjourned until December 10 for a bail application.