Following the mysterious death of 21 teenage celebrating students last week in Enyobeni Tavern, Eastern Cape Town. Many news have been going round the internet carrying different speculations. It was Indeed a horrible news to hear as the future of those 21 Teenagers have been dusted out entirely.

Earlier today, coffins of deceased were laid symmetrically inside marquee. They will be reportedly laid to rest in a mass burial amidst tears. Family, friends, notable figures, President Cyril Ramaphosa and others people were said to be present at the funeral in scenery park. However, two will be buried today, while others will be buried during the weekend. 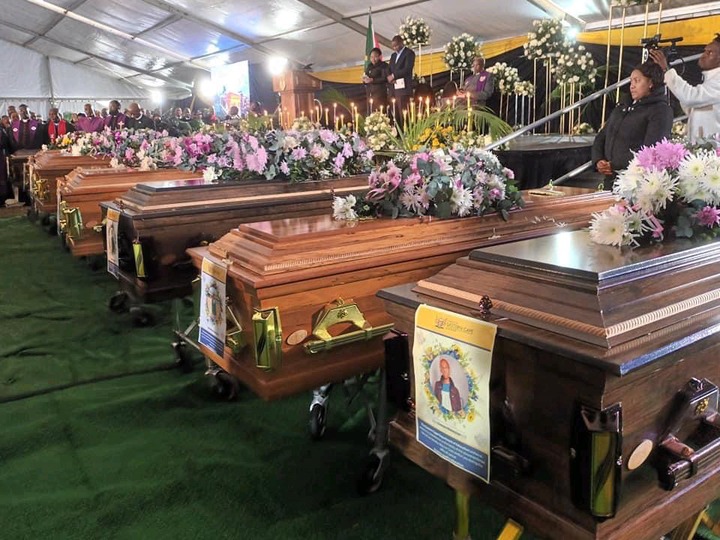 Recall how the internet bursted asking the government to carry out forensic investigations and fish out the culprit behind the action. The South African Police Service (SAPS) tried hard in the previous week but was only capable of finding out what killed them instead of the culprit.

Moreover, SAPS found out that their death was caused by chemical poisoning which might come with teargas or the alcohol they took at the party. According to sources, some of the surviving students said that there was free alcohol which raised more questions as people keep pointing hands to the Tavern owner.

However, crowd gathered today to see their faces for the last time and say a goodbye prayer to them. It was a teary moment to behold as parents and siblings of the deceased couldn't hold back their tears. Finally, photos of victims were shown to the public. Below are the some of the photos captured at the scene. 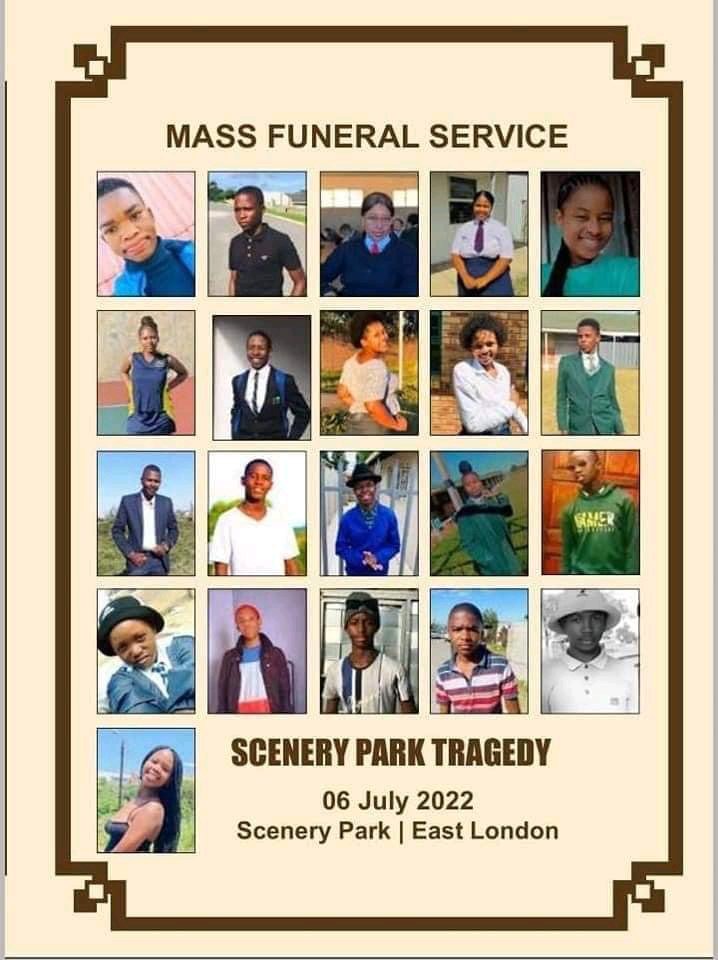 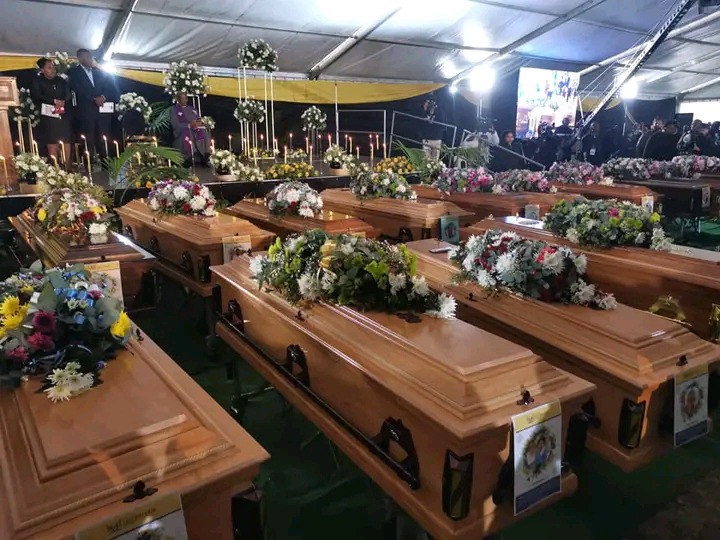 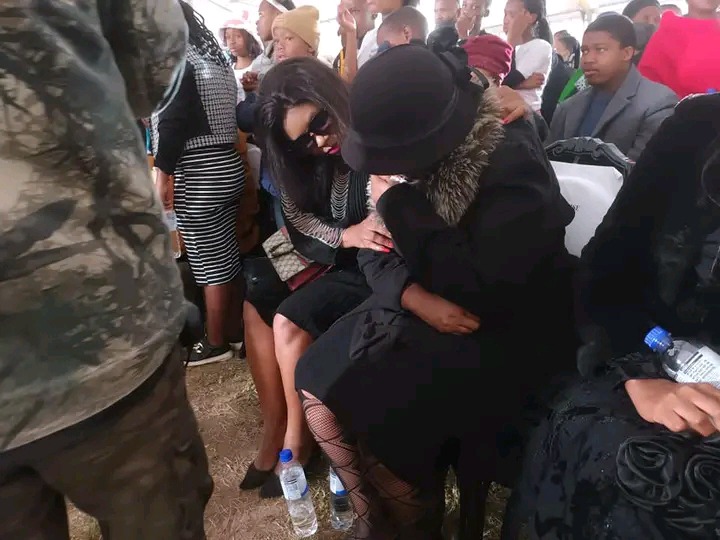 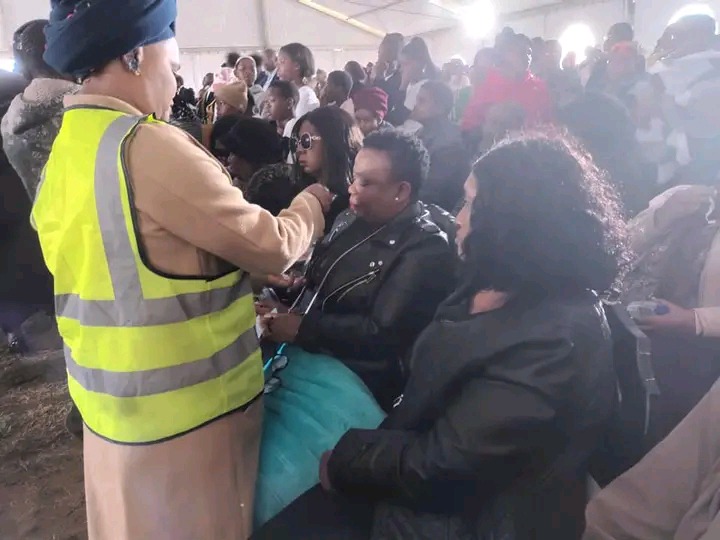 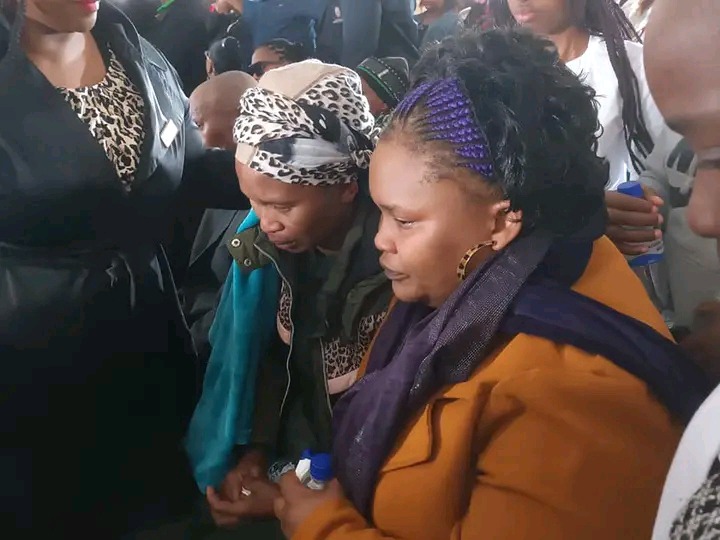 Although the main thing people noticed at the funeral was that only two of them will be buried while the others stays till weekend. People really thought it will be a mass burial instead of burying them one after the other. 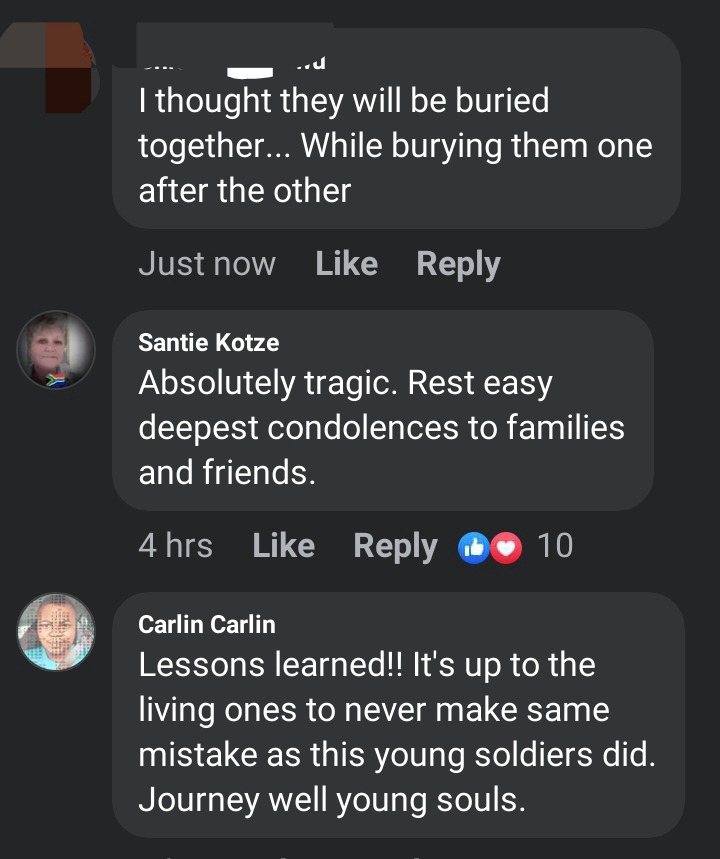 In my opinion, I think that the delay could be that the Police are still carrying out autopsy on the dead bodies to find the culprit. 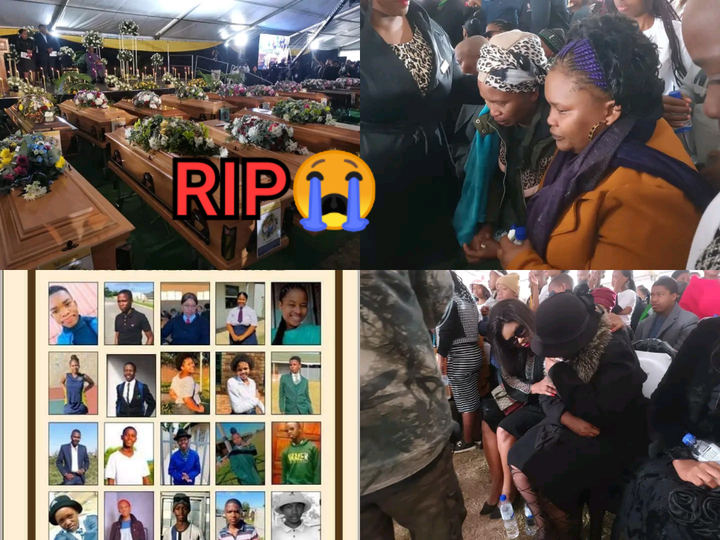 What do you think might be the reason begin the delay? Kindly say your thoughts in the comment section and don't forget to follow me for more interesting updates.