Cash-in-transit robbery in Gaborone, a Mzansi was brutally murdered by Botswana cops

Since a cash-in-transit robbery in Gaborone, a South African was brutally murdered by Botswana authorities. Watch how numerous people died.

9 accused cash-in-transit criminals from South Africa and Botswana were slain in a firefight with police. The battle occurred in Gaborone, Botswana's former capital. Both individuals were born in the United States but resided across both states. On Wednesday afternoon, 11 men with guns assaulted and stole a cash-in-transit truck at Botswana's biggest mall, according to Dipheko Motube, a senior chief of police. Because the robbers had fled the area, authorities tracked them down and challenged them even outside Gaborone. A 30-year-old Motswana lady has been detained by police.

According to police, a task group has apprehended roughly 200 persons who attempted to steal cash in public transportation. A large number of weaponry, comprising four pistols and an AK-47, were discovered at the scene. As he claims, the majority of the cash has been discovered. In Rosettenville, a neighbourhood in the southern Johannesburg neighborhood of Rosettenville, eight operatives of a cash-in-transit organization were slain in a gunfight with authorities.

They appeared in the Johannesburg Magistrates Judge. The matter has been postponed to the third of next month. The ten guys who were arrested after a scuffle with Rosettenville police on Monday appeared in court. They are also suspected of possessing unlicensed weapons and explosives, as well as hijacked vehicles, as a result of their crimes. 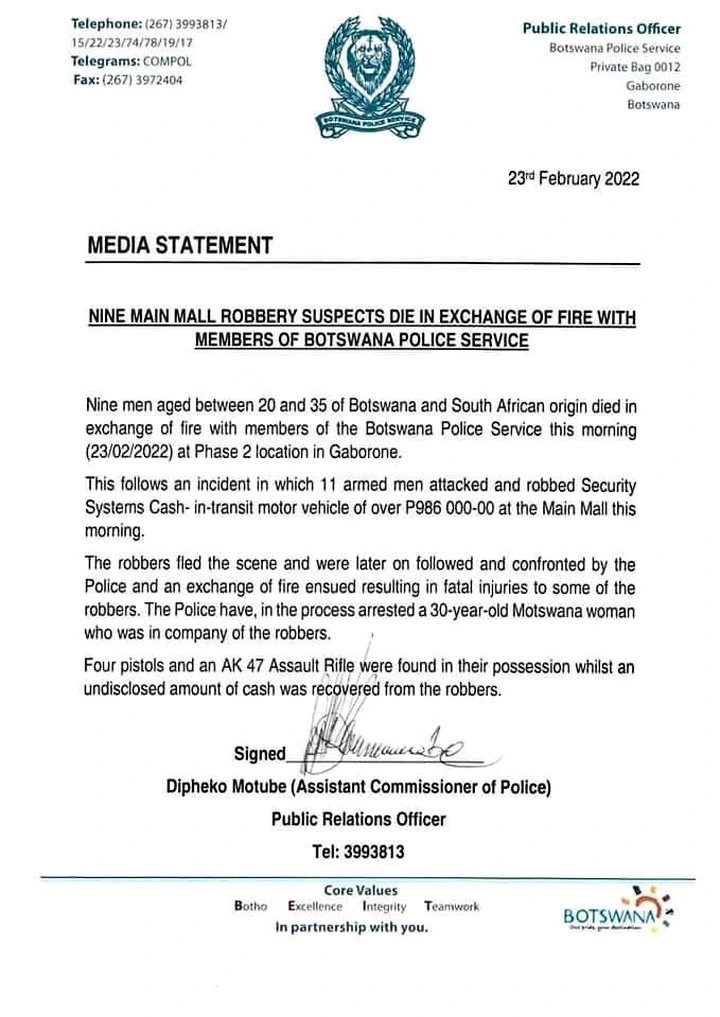 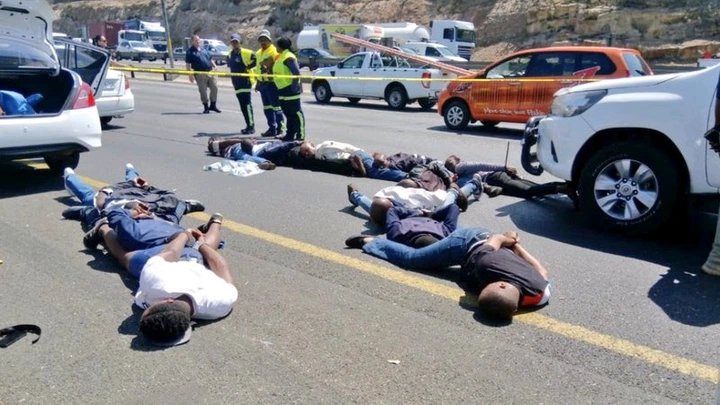