Minister bought a hardware and burnt down by unknown people.

By HomeAway (self media writer) | 2 months ago

Mabuza is the Minister of Agriculture and Cooperatives who was used by King Mswati to evict Swazis from Swazi Nation Land and farms owned by emaSwati, the land was transferred to Silulu Royal Trust(PTY) LTD, a company with links to Mswati and Finance Minister Neal Rijikernberg.

Reached for comments by this Swaziland News, Minister Mabuza, with a sorrowful voice, said he couldn’t comment.

After a few minutes, the Minister called back this journalist to clarify that he hasn’t received a full report .

A protester who spoke to this publication on condition of anonymity said they had a program of action and specific targets to seek revenge after the killing of dozens of civilians by King Mswati’s security forces.

“There will be a few protests because they are shooting and killing us, the strategy is that we must keep quiet and speak with action. Kufuna batsi bavuka beve kutsi sekushile lapha, labanye batoshela etindlini, the action plan has been completed(meaning: They will just wake-up to flames, some will be burned in their houses”, said the protester. 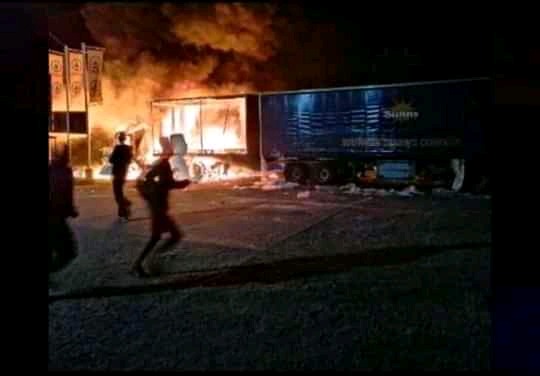 Eswatini is facing serious political tensions after King Mswati unleashed soldiers and the police to shoot and kill dozens of civilians merely for demanding democratic reforms.

Despite being a Constitutional right,resigned Army Commander Jeffery Shabalala was exposed in an electronic evidence confirming that the King interprets protesting as showing disobedience towards him hence the unleashing of security forces to shoot and kill citizens.