Assaulted by the police for not attending King’s Sibaya meeting

Ciniso Tfwala (34) of Logoba, a few kilometres outside Manzini has said he was assaulted by the police on Friday for not attending Sibaya. 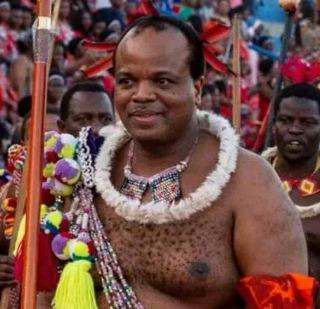 Speaking to this Swaziland News on Tuesday, Tfwala said they were a group of five, when suddenly a group of about five police officers driving in an unmarked white Isuzu van stopped them on their way to Manzini Nazerene bus stop where they had intended to board a kombi home since transport became scarce after the protest march that had occurred earlier that day.

“They asked us why we didn’t attend Sibaya, I told them that Sibaya was not that important to us.That’s when they assaulted me with the back of the gun on my head. I went to the RFM Hospital where I was treated and discharged”, he said.

Questions were sent to Superintendent Phindile Vilakati, the Police Spokesperson, however, she had not responded at the time of compiling this report.

When reached for comments, Sibusiso Nhlabatsi, a Human Rights Lawyer said Sibaya was not a command adding that a person has a right not to participate in a custom he doesn’t believe in.

“Sibaya is not a command, it’s a forum that is established by section 232 of the Constitution ,therefore, people should not be abused for exercising their right not to participate.The police here committed a crime since according to the Constitution no one is forced to undergo a custom that you don’t believe in”, said the Human Rights Lawyer.

TRAGIC|| Siblings die at school, another critical after their father did this

Celebrities who sadly died in their 20s

A Hollywoodbets Employee Was Shot Dead On Duty In Durban.