A Mpumalanga police officer reportedly kills a guy at a pub and then dumps his corpse.

By Mvelase (self media writer) | 2 months ago 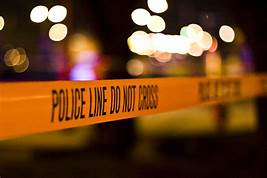 The Independent Police Investigative Directive (Ipid) is looking into an incident in which a Mpumalanga police officer reportedly shot a man in a pub and then dumped his corpse on a playing field next to a police station.

According to Ipid spokesperson Grace Langa, the event was reported to Ipid by a captain from the Sterkspruit police station. The off-duty cop allegedly rushed to the station and originally reported seeing a deceased guy on the neighboring field. "On arrival, the members observed that the dead had a gunshot wound." According to Langa, the police officer was questioned by the captain about the location of his handgun, which he said was with his mother. "Police arrived to his house and asked his mother to hand up the handgun." His mother stated that he did not give her a handgun. The weapon was later discovered beneath the pillow in his bed.

"He then informed the captain that he shot the deceased at the pub and hurried him to the hospital, where the nurses refused to take him since he was already dead." He then put the deceased's corpse on the field." Langa stated that the officer was detained instantly and transported to the hospital by Ipid investigators to determine if he had ingested alcohol at the pub. On Monday, the cop is scheduled to appear in court.