'' They killed the WRONG ONE this time", says Angry Julius Malema

Without any reasonable doubt, fear or favour, criminals have now went close to the commander in Chief of the Economic Freedom Fighters, Julius Sello Malema. 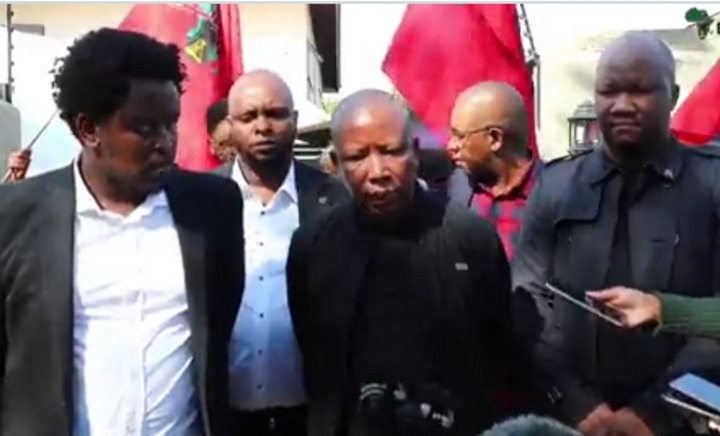 They've killed the daughter of the close friend and colleague of the commander in chief of the Economic Freedom Fighters Julius Sello Malema.

Yesterday, the daughter of former secretary general of the Economic Freedom Fighters Godrich Gardee, was found dead. Commander in Chief Julius sello Malema is angry this time around, and since last night he has been making some threats to the killers

"They killed the WRONG ONE this time", says commander in chief Julius Sello Malema today while he was visiting the home of Godrich Gardee, in Mpumalanga province.

"This is ringing in my mind and makes me extremely restless", says Julius Sello Malema.

Economic Freedom Fighters (EFF) president Julius Sello Malema said they would not rest until they find the murderers of Hillary Gardee.