We may not be sincere enough with ourselves if we are to say that members of the public in South Africa distaste crime. What was witnessed in Cape Town on the 18th of January 2022 showed the other side of the residents.

According to reports, there was a cash in transit robbery which took place on the N1 near the N7 in Cape Town at about 18:00 hours today. 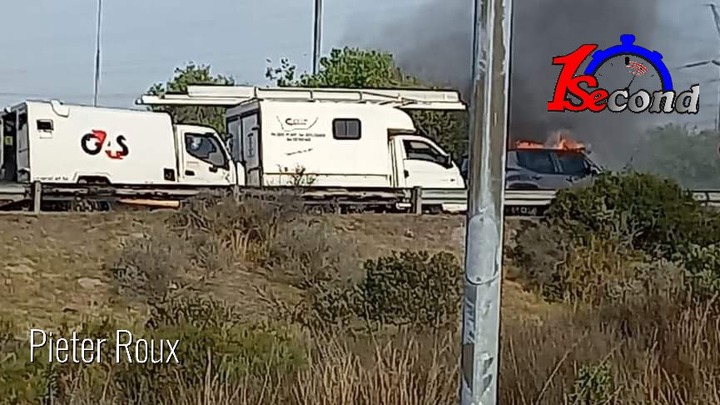 A gang of robbers applied explosives as they dismantled the van inorder for them to access the cash. They went on to rob an undisclosed amount of cash from the van before they fled from the scene.

Many would have expected the community members to assist the team of guards who had been left shredded by the robbers to check if they were okay. A report which was published by 1Second Later stated that five people were injured during this robbery.

However, the residents seemed to have been awarded an early Christmas gift as they ran to the scene in their multitudes. 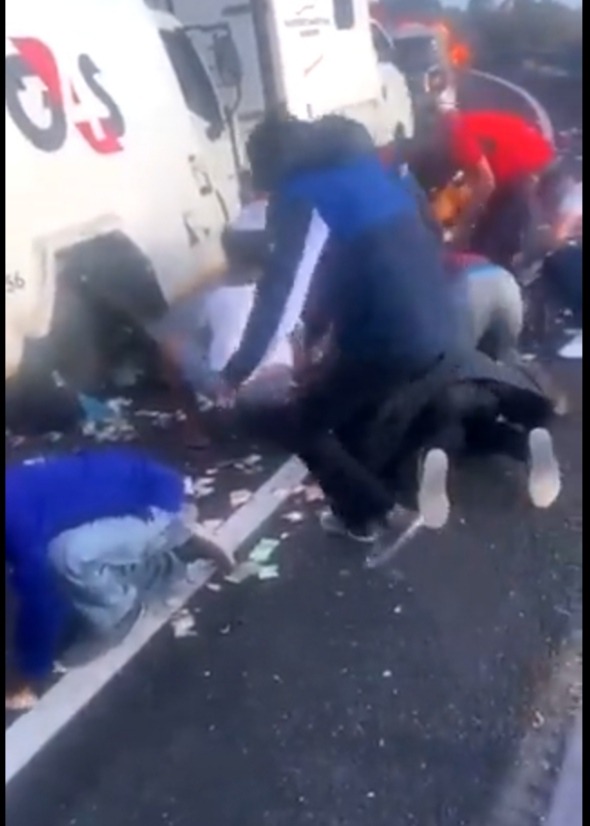 At that time when the residents were scrambling for the cash which had been left by the robbers, in the video that was shared by Yusuf Abramjee, the can could be seen on fire.

Those who feasted on the spill over effects of the robbery are being described by many as people who were at the right place at the right time. One resident was pictured with his hands fully loaded with cash and he has become a hero in a matter of minutes.

If now seems as if crime will be promoted in these communities. If community members team up with robbers to loot from cash vans, who is then going to provide leads to the police on the whereabouts of the suspects? 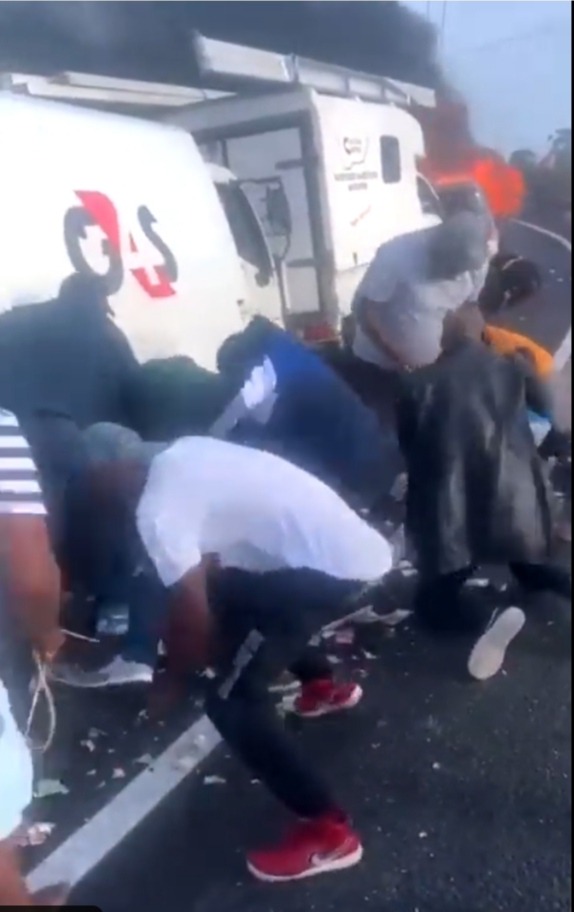 Even the youth will end up having a perception that looting of cash vans and robbing them is a fun and enjoyable way to get rich quick.

Many times, the police have reiterated that people should desist from looting at crime scenes as this makes them part of the criminals too. However, such warnings are falling on deaf ears and robberies are being made to look as if they are acceptable.

You can click this link to watch the video of residents looting the cash.