One of the teachers in the Western Cape who was stabbed 24 times in her classroom by her boyfriend last month has said that her near-death experience has given her a renewed sense of purpose. 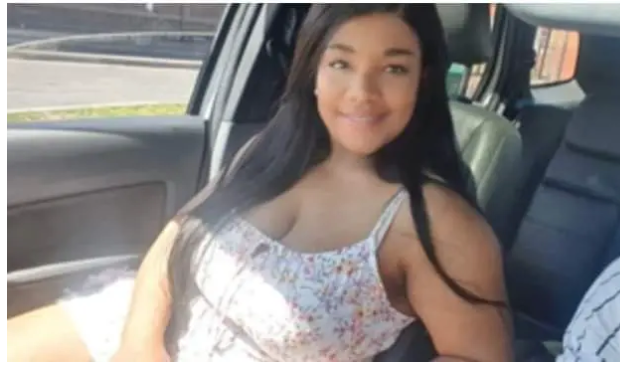 A teacher at Worcester Secondary School, Erin Fourie, 30, was stabbed in her classroom on Friday, November 5, according to police. The stabbing took place between 11 a.m. and 12 p.m., in full daylight, according to witnesses.

According to a source, she claimed that Wilmur Valentine, 26, had contacted her prior to the event and encouraged her to have a wonderful day and that he cherished her presence in his life.

Fourie stated that she and Valentine had promised to meet later that day to discuss concerns that had arisen in their relationship, which had caused her to leave their home and return to live with her father.

"He appeared at my class approximately 45 minutes after we spoke." I didn't look him in the eyes, but I noticed he was wearing a white baseball cap. He only asked one question: 'honey, are you really not coming home?' he said. When I said no, he pulled a weapon from his pocket. "To be really honest, I have no idea if it was a knife or something," she admitted.

He then began stabbing her repeatedly in the back.

"I went up against him. My table is not far from the classroom door, and I attempted to reach the door handle by reaching for it with my hand.

In spite of my attempts to kick or push him away, the stabbing continued.

The fact that he was slipping in my blood undoubtedly didn't stop him from stabbing me more times. I yelled at him to get off the ground. "I told him I'd come home, but he just kept stabbing me in the back." The man who attacked me was not the same man I was familiar with.

After hearing the commotion outside, a coworker opened the door and he was forced to come to a halt. On that particular day, I believe she was my guardian angel, "Fourie stated.

Fourie's coworkers rushed to her aid as she lay in a pool of her own blood, and the only words she was able to voice at the time were "God help me," which was the only thing she could say.

On that particular day, none of my students pitched in front of the entire class, which I am grateful for." The fact that my class can be seen from the street leads me to believe that he was looking at me.

"He stabbed me a total of 24 times. The knife wounds on my head, legs, stomach – which was the most concerning because my intestines were protruding – arms, chest, neck, shoulders, and back were the most serious.

"I have begun the process of healing." I consider myself a warrior rather than a victim. I'm going to counseling sessions and meditating, which are all important parts of my healing process.

"I'm well aware that I've been given a second opportunity for a purpose. I'm certain that I'm here for a reason greater than myself. I am grateful for all of the prayers and well wishes that have been sent my way. My students have been paying me visits and bringing me gifts. "They are missing me," Fourie expressed.

The teacher stated that she could never have predicted this outcome because Valentine had always been kind to her.

"This is something I could never have anticipated. He was always courteous to me. The land I tread on was revered by him; yet, there was one thing he always said: 'I refuse to live without you, life or death.'

"It has not been easy for me to heal, but I now want to utilize this to fight for other women who are suffering through similar experiences." I want to serve as an advocate for women and girls who have been victims of domestic abuse and gender-based violence. "I want to be of assistance to them, to aid in their recuperation," Fourie stated.

Valentine has subsequently been taken into custody by police, and he is scheduled to appear in court on Monday to file his bail application.

Fourie is insistent that the law must be followed to its conclusion and that Valentine must bear the repercussions of his conduct. All she wants right now is for the judge to deny him bail at this point.

"I do not want him to be released on bond. I'm certain he'll come after me again. "He is not going to leave me alone," she continued.

Following the incident, trauma treatment is being provided to both students and teachers at the school.

Fourie will be returning to the school for the upcoming academic year.