The ANC keeps disappointing citizens every chance they get. Funds get allocated to municipalities and instead of utilizing the money for intended uses, the money mysteriously disappears and citizens get mediocre service delivery!

Floyd Shivambu shared the attached pictures with the caption:

An ANC Municipality in the Eastern Cape, Enoch Mgijima has opened what they call a stadium… R15 MILLION was paid to build this thing & they are proud of it. The people of South Africa must vote these people out of power because they have no shame. None whatsoever! R15m for this? https://t.co/tFJvuFIPo5 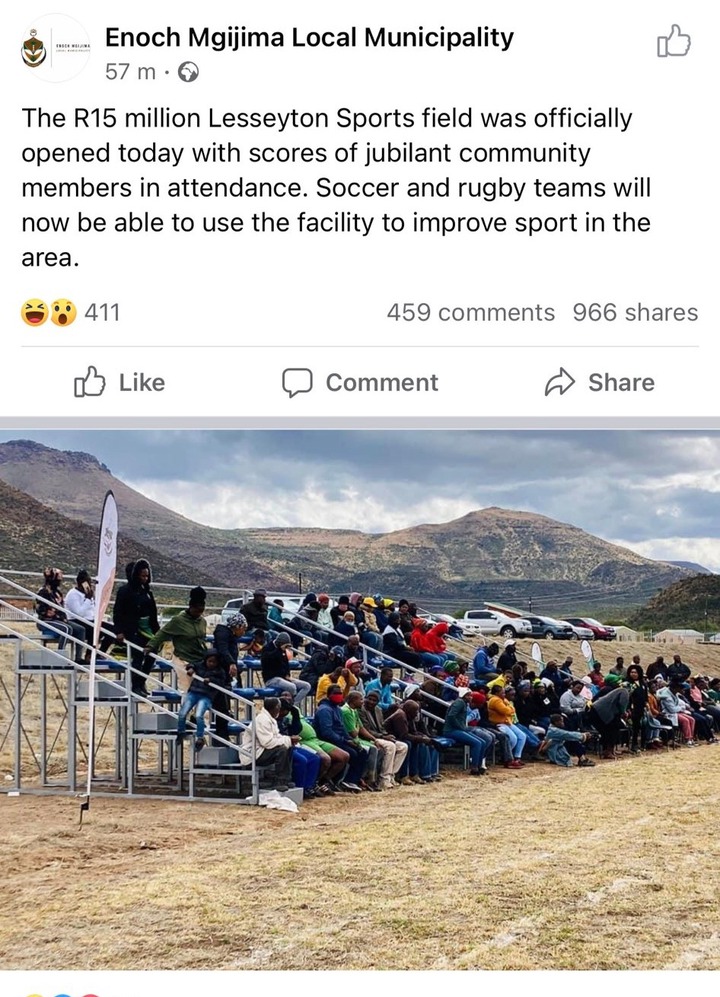 An ANC municipal in the Eastern Cape, Enoch Mgijima opened a stadium that supposedly costed R15 million. What's shocking about the "stadium" is that it looks like a bench that was placed in the middle of a ground! The fact that authorities from the municipal still thought that the mediocre benches deserved to be unveiled shows how much they disrespect citizens. How do they all come together, steal from people on the ground and still decide to unveil benches to people and expect them to be grateful? There's no shade for rainy days at all! 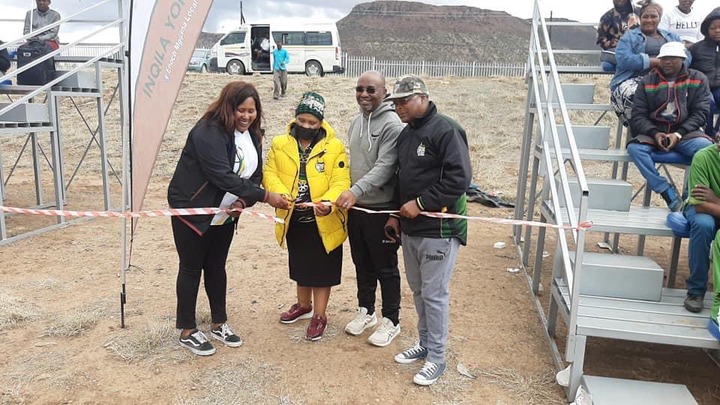 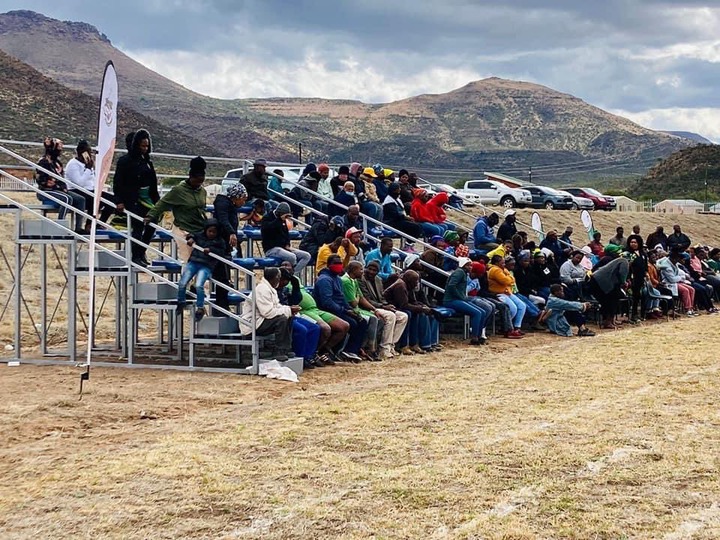 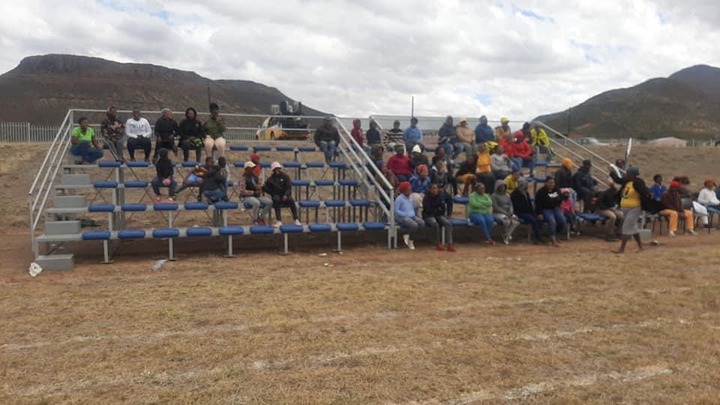 This is a level of arrogance that does not even have a cure. ANC has gotten so arrogant that they know that whatever crumbs they feed to the people, they'll always be deemed as heroes who "gave us something at least". If they had any respect for people, they would be embarrassed to actually deliver such facilities to people!

In the post written by the municipality, the community members are described as "jubilant" and grateful that they will be playing rugby and other sports in the field! The audacity to call the residents jubilant as if they have any other option but to accept the crumbs that are offered to them. But what do people do when they have been let down like this? Who do they vote for?

And they still have the guts to open it officially. I am worried about that Dubai thing, these guys they just add zeros on the invoice. They don't miss an opportunity to loot. @BrandonKaule

They must vote for independent candidates because all parties are the same, this was gonna cost 50 million under the EFF @Gobetse_M 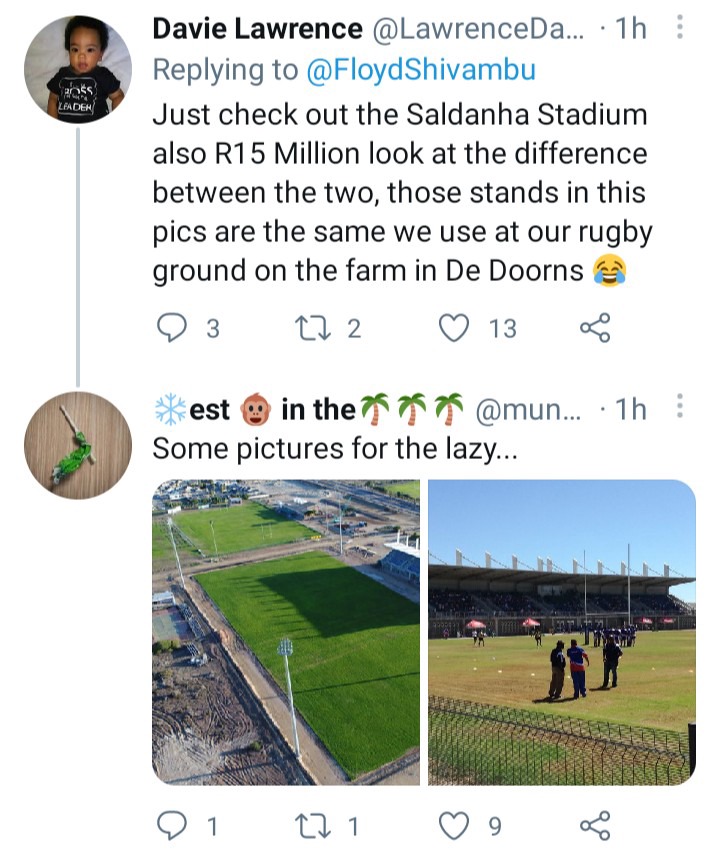 Importance of using white candle to communicate with your ancestors

Things to use when you personally communicate with your ancestors

Mamkhize posted her beautiful picture but Mzansi noticed something. See what people noticed.

The EFF Has Just Revealed Crucial Information To The Public.

Combine This 3 Food and watch Your stamina Improve