Taxi owner kills couple in Ford Mustang, then turns gun on himself

A couple were shot dead whilst they were sitting in a yellow Ford Mustang in Soweto about 17:00 on Wednesday. 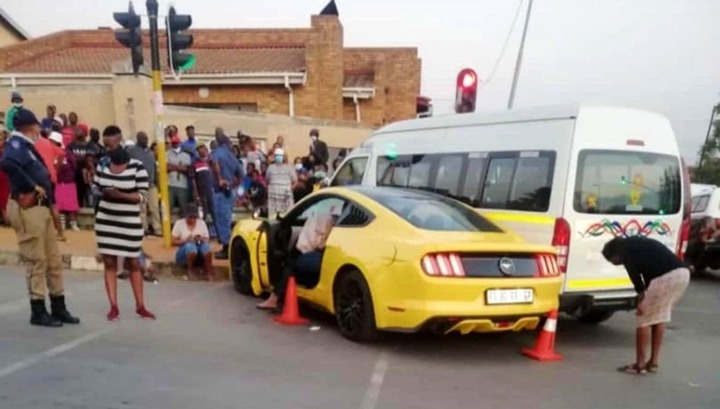 She was a reservist at the Diepkloof police station in Soweto and her lover was forex trader, who made a lot of money from it Ford Mustang. The incident happened along Baragwanath Road in Soweto.

The taxi driver was angry that the woman had cheated on him and gotten herself a new boyfriend. Out of jealous and bitterness, the taxi driver opened up fire at the couple inside the Mustang and they died instantly.

It happened on a broad daylight and people came to the scene and surrounded the two bloodied bodies are slumped inside. The minibus taxi that was hit when the driver of the car lost control of the vehicle.

“He shot at them as they were driving in Soweto. After shooting at their car, [the driver] lost control and hit a minibus taxi. He (the shooter) then went to his parents’ house in Orlando and killed himself,” said the source.

She said the female reservist constable, who was attached to the Diepkloof Visible Policing Unit, and a man were driving along the road when shots were fired at them.

She said the shooter then drove off and later he was found to have shot himself at his place of residence in Orlando East.