Fr. Vicente Velloc supervised the establishment of a cemetery in Nagcarlan in 1845 below Mt. San Cristobal. Unlike the traditional Spanish cemeteries at that time, Fr. Velloc decided to build it away from the town's center. The cemetery is planned to serve as a public resting place for the people of the town while the underground chamber below the chapel of the cemetery will only house remains of Spanish friars and prominent people. It was built together with the construction of the expanded St. Bartholomew Parish Church and rectory.[3] The cemetery is built with a chapel where funeral masses were held and directly below it is an underground crypt.

As Meeting Place during the RevolutionEdit

During the Philippine Revolution, the cemetery served as a meeting place of revolutionary leaders of the Katipunan in 1896.[3] Pedro Paterno and Gen. Severino Taiño of the "Maluningning" command held a meeting at the cemetery where they planned the historic Pact of Biak-na-Bato in 1897.[4] It also served as hideout for Filipino leaders during the Philippine–American War and of guerillas in World War II.[5]

Declaration as a Historical LandmarkEdit

The Nagcarlan Underground Cemetery was declared as a National Historical Landmark by virtue of Presidential Decree no. 260, dated August 1, 1973 with amendments by Administrative Order 1505, dated June 11, 1978.[3] Since the declaration, no more burials were allowed in the cemetery.[1] It underwent renovations before it was again opened to the public during the unveiling of the marker on October 24, 1981. The oldest tomb is dated 1886 while the last interment was in 1982 when it was formally declared as a National Historical Landmark.[2][5] 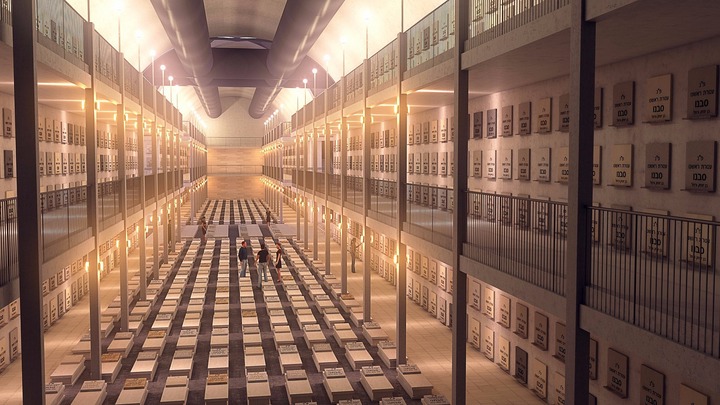