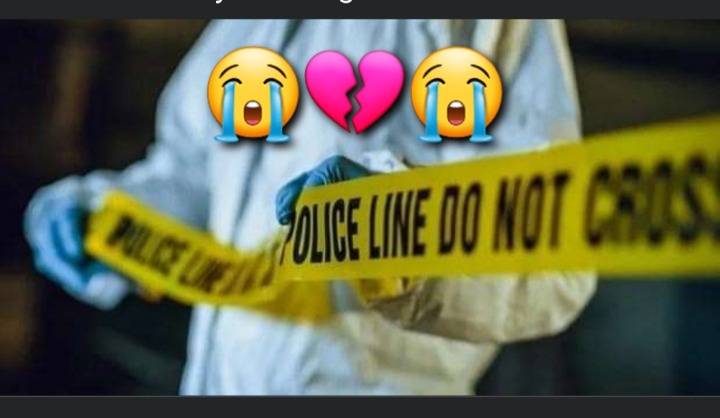 News24 in a recent post has confirmed the passing away of a matric student who was killed in the early hours of Friday. It was reported that the student was shot in the head which he was waiting for his matric result at a garage on Alexandra Road, Pietermaritzburg.

Reports have it that the 20-year-old went to buy a newspaper when the unfortunate incident that led to his death happened. While waiting to purchase a newspaper to check his matric result, five unknown men came to where the pupil was and attempted to steal his phone.

The victim refused to give one of the men his phone and the suspect brought out his firearm and shot the victim in the head and right arm. After killing the student, the suspects fled the scene in their getaway car. 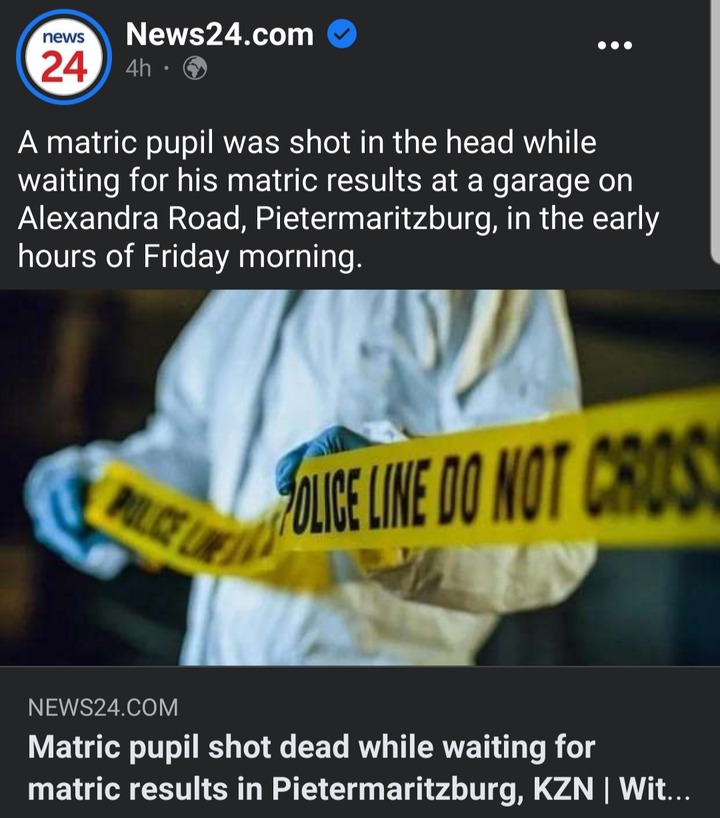 Colonel Thembeka Mbele, KwaZulu-Natal provincial police spokesperson Colonel said when the police got to the scene of the incident, they found him on the ground with a gunshot wound to the head and on his right arm.

“A case of murder has been opened at Alexandra Road SAPS for further investigation,” said Mbele.

This report got a lot of South Africans sending their condolences to the family of the matric student who was killed. Some of the Facebook users who commented under News24's page said justice must be served for the pupil.

“What a terrible story. Rest in peace young man. We're without a doubt a deeply dysfunctional society. Condolences to the family,” said a Facebook user. 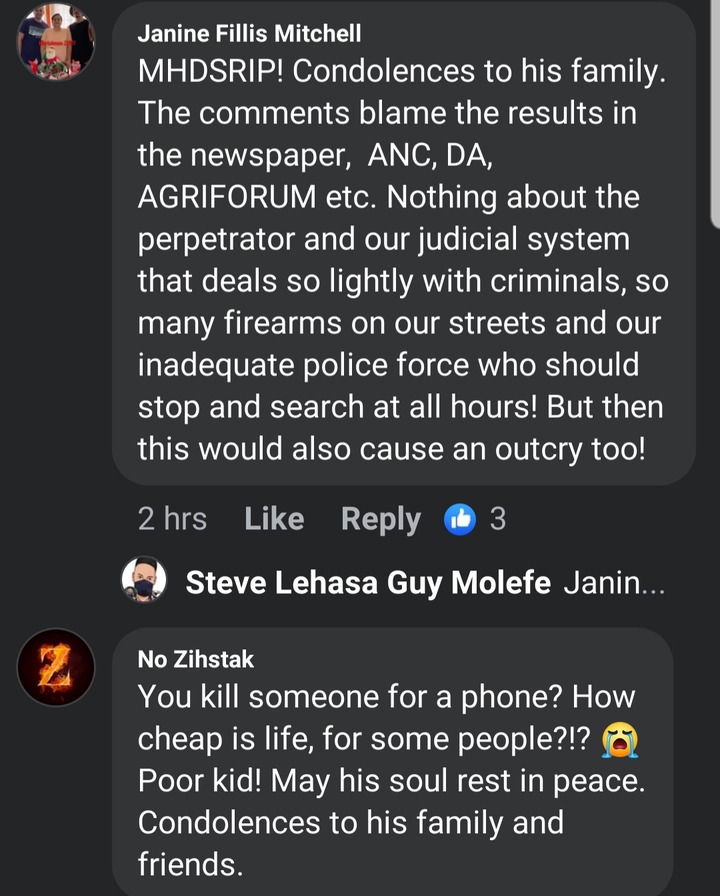 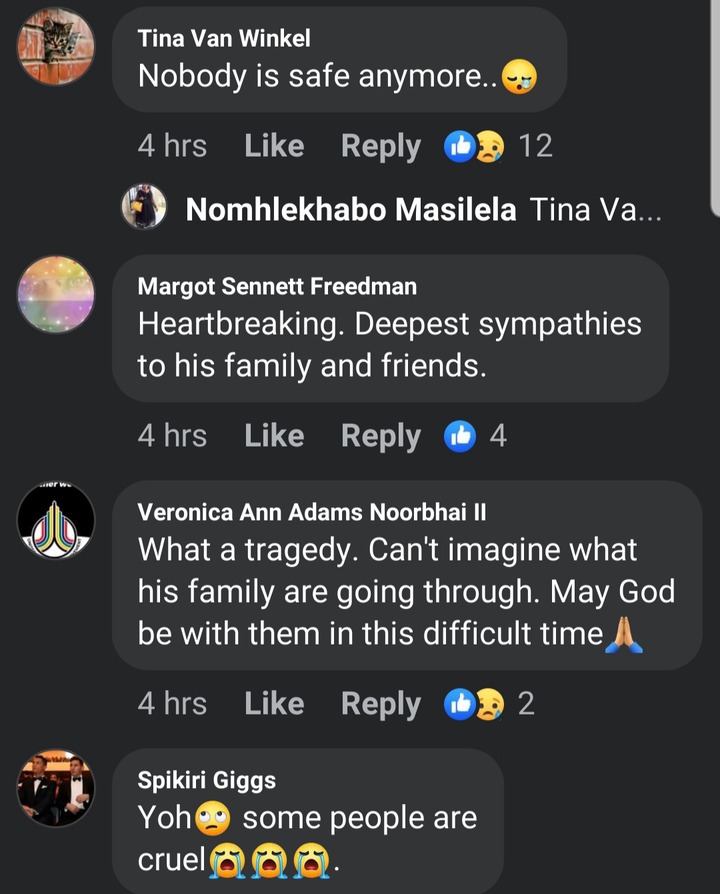 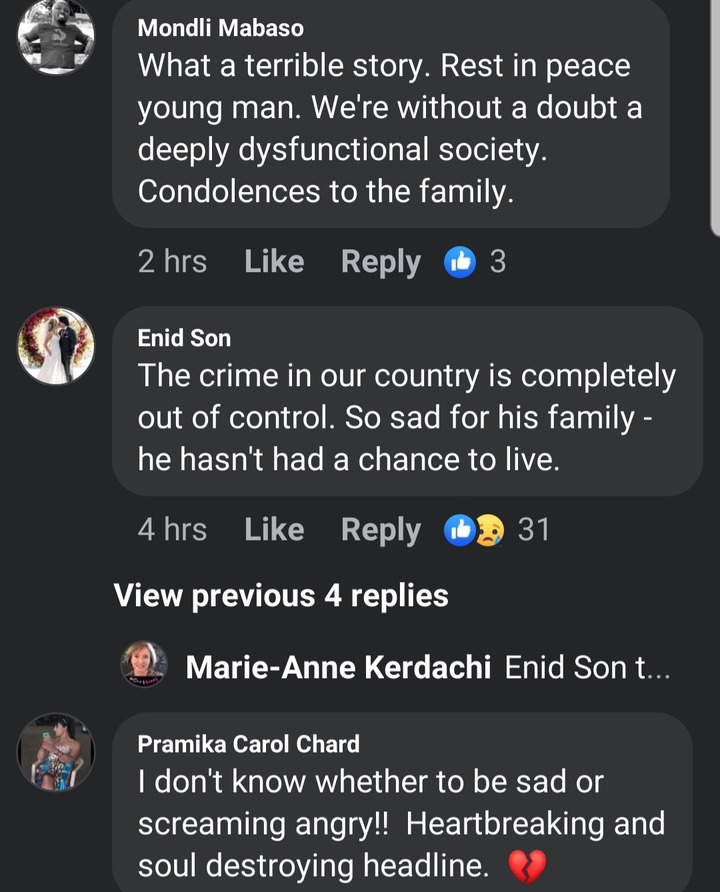 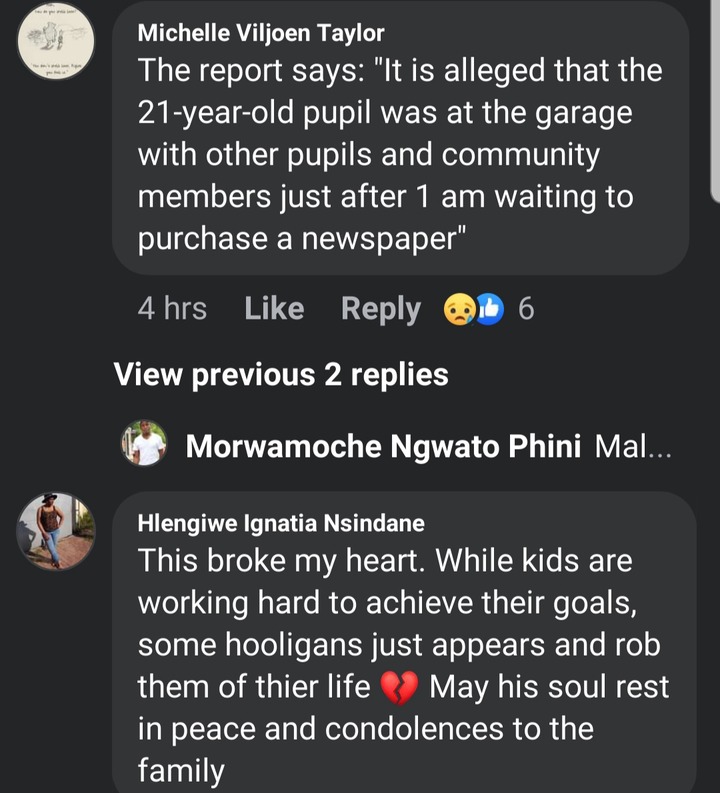 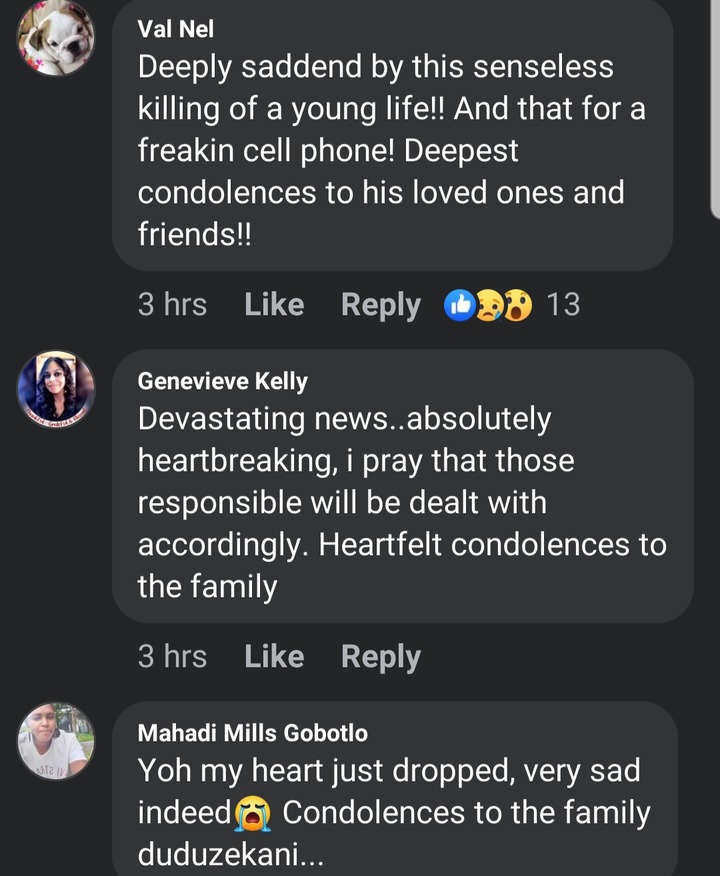 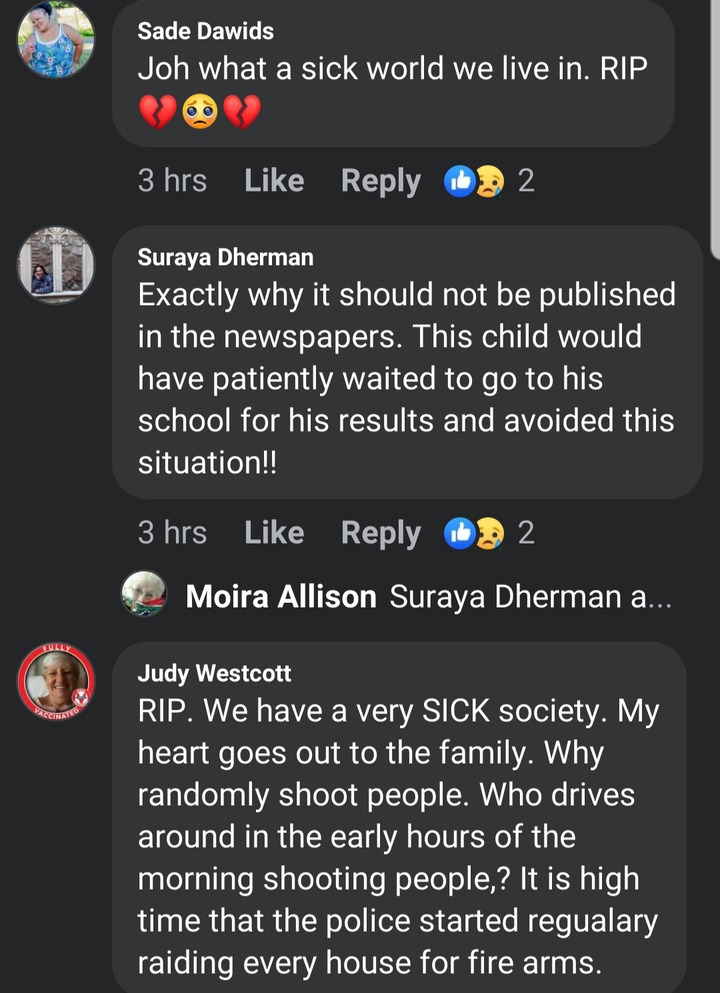 The death of this matric student saddens my heart because of the motive why he was killed. He was killed because of a simple phone, I pray that the suspects involved in this awe be arrested soon. Amen.

May his rest in peace. Amen.