Disgruntled residents of Elandskop in Pietermaritzburg said they’ll continue protesting until their electricity issues are sorted out.

On Monday, residents blockaded the main road from KwaMnyandu to Taylor’s Halt and other nearby roads with burning tyres, bottles, and rocks. They said they have been struggling with electricity and water cuts for weeks.

It is alleged that the angry group of protesters began protesting just after 1am on Monday. They placed hundreds of bottles on the main road, preventing vehicles from being able to access the area.

The bottles were placed in vertical lines on the road for many meters in one section, while in other sections, residents used burning tyres and bricks. 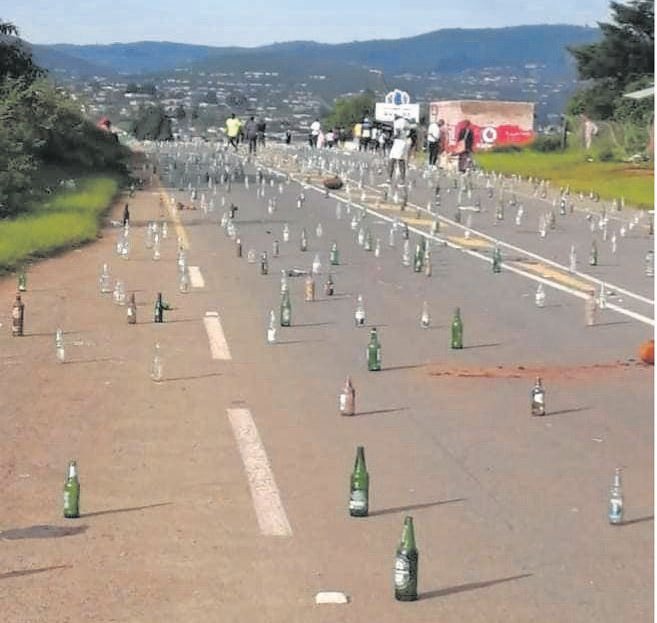 One of the residents who asked not to be named said that the community was angered about the struggles they encounter in having access to water and electricity.

“We’ve been struggling with water for three months. Our taps are dry during the day and only at nights when everyone is sleeping will there be water. On top of that, every day from 5 pm our lights go off until 9 pm while other areas have lights every night,” said a resident.

She said they’ve been trying to get answers from the municipality and their councilors, but no one seemed to have an update. 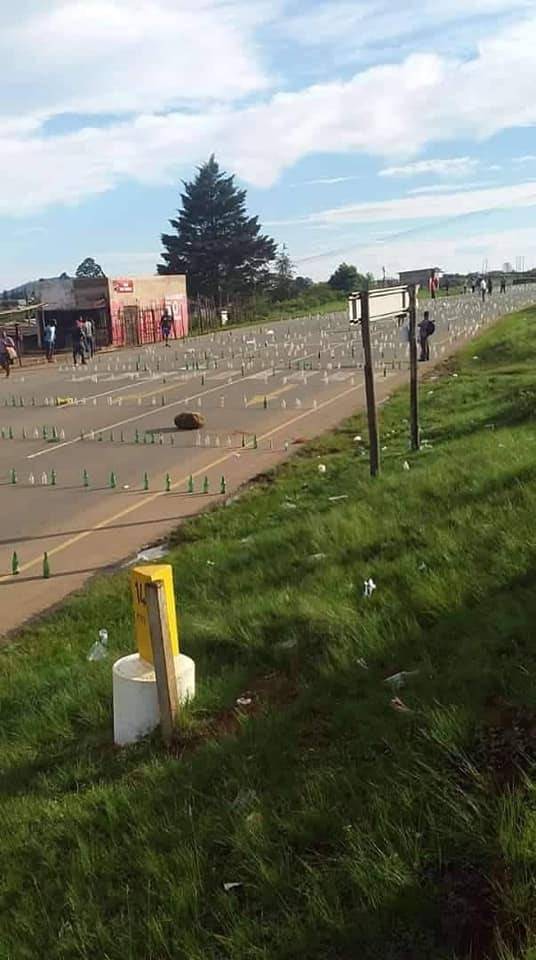 “The community decided to embark on a protest in the hope that someone will explain this electricity cut and water issues,” she said.

Local ward councilor Emmanuel Kwazikwakhe Madonda said the local leadership had met with the community on Monday morning to try and establish what their concerns were.

Madonda said after meeting the community, they then called for an urgent meeting with officials from Eskom, and other Msunduzi councilors. 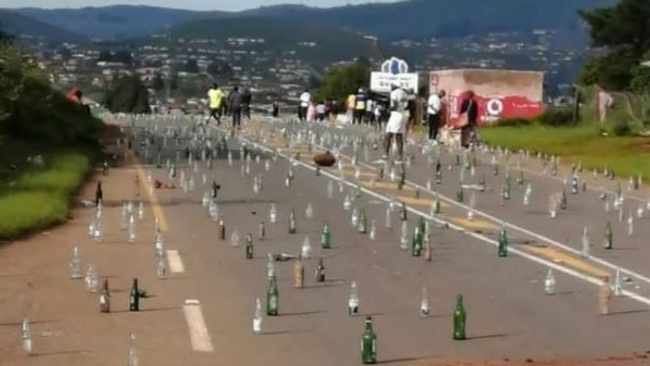 He did not divulge much on what had been agreed during the meeting; however, he said all the authorities had agreed to work together to resolve the issues.

He said a plan would be communicated to the community to ensure that they work together to find a solution.