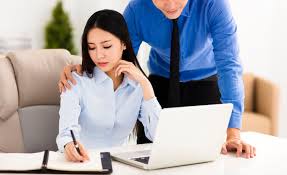 Australian Federal and State legislation state unlawful discrimination occurs when a group of people, individuals are treated less favorably than any other person or group of people because of their ethnicity, race, color, sex, marital status, age or disability, religion, and sexual reference, whether you're a member of a trade union and any other characteristic specified under anti-discrimination or human rights legislation.

Workplace discrimination and harassment can occur in:

-> Employment and selection of staff.

-> Training and type of training being offered.

-> Being considered for a transfer, promotion, or sacking.

What is defined as unlawful harassment?

Workplace harassment can include behavior such as:

-> The making of derogatory taunts or comments about a person's religion or race. telling insulting The making of jokes about particular racial groups.

-> The asking of questions about a person's sex life or personal life.

The nature of harassment and or discrimination.

No matter the seriousness of an incident, whether it be a one-off or prolonged and long-termed, it will still be judged as harassment or discrimination. If left unchecked the continued harassment will erode the drive and ability of the individual or group to eventually affect the overall performance of their work performance.

However, the absence of any formal or verbal complaints is not necessarily any indication that harassment or discrimination is not occurring. In a lot of cases, the person or group being harassed or discriminated against will not complain or report the incident in the belief that they will be deemed as wingers or the incident is too trivial. In most cases, the victim of workplace harassment or discrimination is lacking confidence in their own ability and has fear of retribution or even worse, being dismissed. 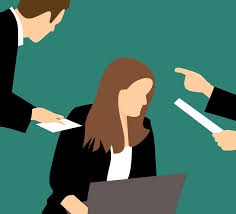 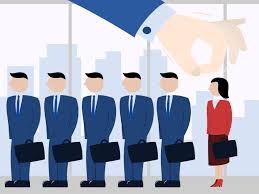 As an employer, you will also need to be aware of your responsibilities in making the work environment a safe place from a culture of sexual or racial harassment. Both are deemed as HOSTILE. An example of a potentially hostile working environment would include the display of nude or pornographic material, swearing, and crude conversations, racially or sex-specific jokes.

What can not be classed as harassment or discrimination?

However, it must be remembered that comments and advice are given by supervisors, work colleagues, and managers on the work performance or work-related behavior of an individual or group should not be confused with workplace harassment or discrimination.

Feedback during normal performance appraisals and work performance meetings will always be deemed as stressful and will in some cases affect the well-being of the person or group being appraised. However, managers and supervisors should always keep these concerns in mind and perform any necessary appraisal with sensitivity without avoiding the need to provide full and frank feedback to their staff.

What is workplace bullying?

Sourced the ACTUQ/QCCI/Qld Govt Dept of Workplace Health and Safety, they claim that workplace bullying is “the repeated less favorable treatment of a person by another or others in the workplace, which may be considered unreasonable and inappropriate workplace practice. It includes behaviour that intimidates, offends, degrades or humiliates a worker”.

Bullies will use their status or power of position in a company or business to target both men and women with their bullying practices. Bullying behaviour can range from obvious verbal or physical assault to very subtle psychological abuse.

This behaviour would include:

Mendu: It's Time For A Player Overhaul

What happens when corruption gets out of control.