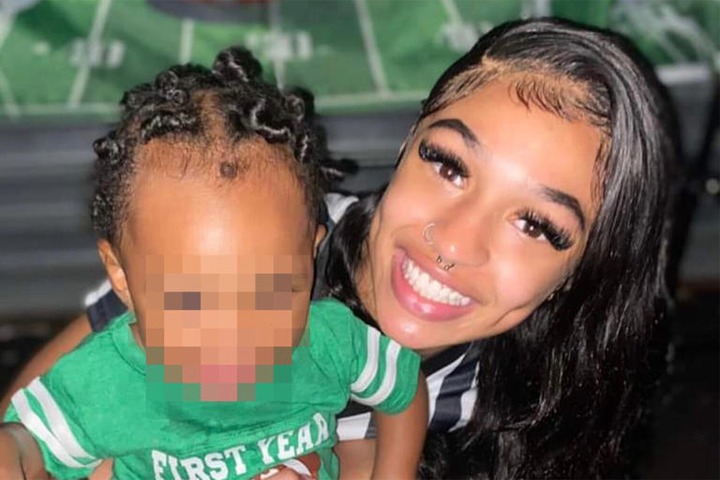 Aman was arrested and charged with murder after Azsia Johnson, who was pushing her 3-month-old baby in a stroller, was shot and killed.

On Twitter on Friday, NYPD Police Commissioner Keechant Sewell said that 22-year-old Isaac Argo "has been arrested and charged with murder and criminal possession of a weapon in connection with the tragic shooting of Azsia Johnson on Manhattan's Upper East Side."

"@NYPDDetectives are still doing everything they can to get justice," she said.

The New York Times reports that Johnson's family says Argo is the father of the 3-month-old baby she was holding when she was shot in the head and killed Wednesday night.

Pix11 says that he was caught by the US Marshals and the NYPD Fugitive Task Force.

Sources from the police told the New York Post that Johnson's ex-boyfriend had "stalked" and hurt her before.

The New York Police Department has told PEOPLE that Johnson was pushing a stroller on Manhattan's Upper East Side on Wednesday night when someone came up to her and shot her in the head.

She was taken to Metropolitan Hospital, where doctors said she was dead. Her baby wasn't hurt in any way.

In one of her last texts, Johnson told a family member that she was going to meet with the father of her 3-month-old child "to work things out," sources from the New York Police Department told ABC7.

"I told my daughter that I knew it would come to this," her mother, Lisa Desort, told the outlet. "For some reason, she felt like she should be followed, so she sent her sister a text message with her location and said, "Just in case,"

During a chat with NBC New York, Desort said that her daughter "graduated from high school with honors with the goal of becoming a pediatric nurse" and that she hoped to give her baby and her toddler son a great life.

"She had a baby young, and she was the best mother you could ever imagine. She worked very hard. Every day, she went to work. She has more good points than someone in their 30s or 40s. She wanted to have houses and give the best things to her children "Desort said.