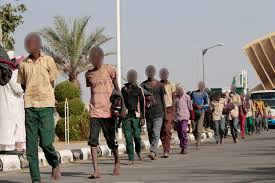 A post was shared by Radio 2000 which showed how heartless people have become of late.

Innocent primary school children have been taken hostage by dangerous criminals and many are just wondering what is going to happen next.

It was reported on Tuesday the 16th of March 2021 that gunmen in Nigeria has abducted a number of primary school pupils and their teachers in the northwestern state Kaduna.

It is the first time a primary school has been targeted in a wave of kidnappings across Nigeria. In the report, it was stated that it is not clear how many children have been abducted by the suspects.

No terrorist group has admitted to have carried out the latest attack. Nigeria has been notoriously known for abductions.

Over the past few years, the Boko haram has been carrying out kidnappings of civilians and some of them have had undesirable outcomes. 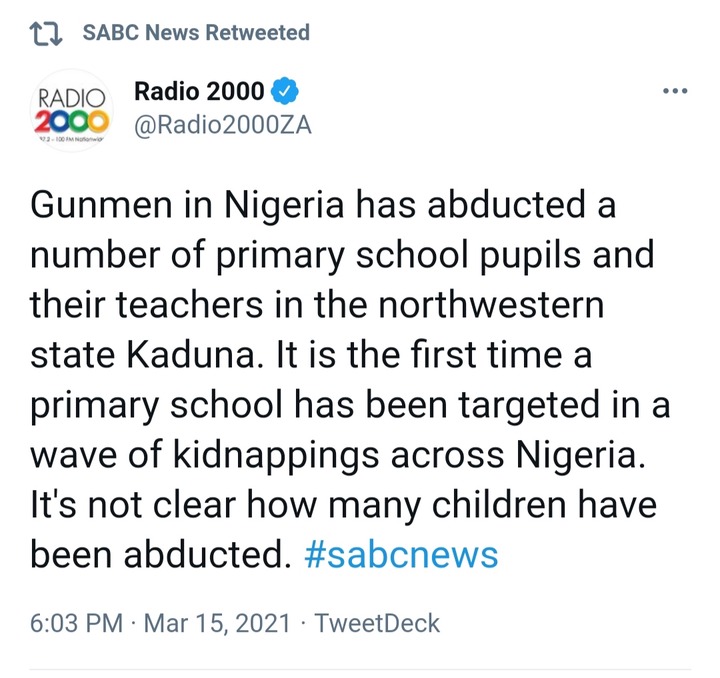 No African leaders has shown the zeal and potential to stop the incessant kidnapping of women and school going children. Even the United Nations has no plan to root out the terrorism syndrome which is affecting Nigeria and the rest of Africa.

In South Africa, several cases of human trafficking have been reported and a few arrests have been made.

Mozambican girls are being smuggled into South Africa after they have been kidnapped and are being used in brothels.

In December 2020, a kidnappers syndicate was nailed by the members of the Hawks in Rustenburg.

It has not yet been announced what the South African officials have done to the suspects who were arrested during that incident.

It can however not be denied that the governments are not mobilising enough resources to address the situation and it is affecting many families.

Python's Exclusive Ability To Swallow Preys Larger Than Themselves.