Zimbabwean Robbers Arrested By Suspects After They Did This

By Heist.money (self media writer) | 4 months ago 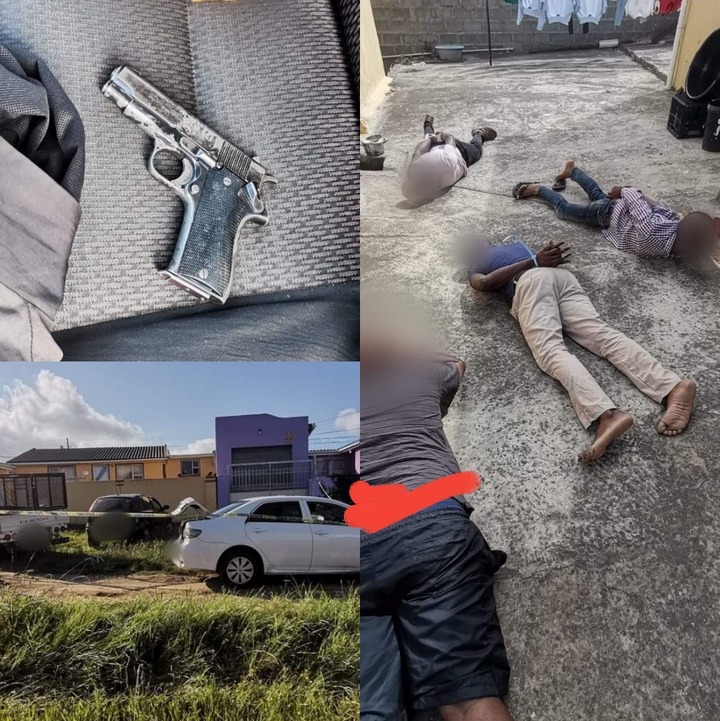 Today at 13h50 at alarm was triggered at a business premises in Amalinda Main Road, the reaction units quickly rushed into the scene in order to see what was going on and despite the fact that they are always waiting for crime to be happening they did not expect what they encountered.

On arrival established that an armed robbery had occurred where cash and cellphones were stolen, and the suspect had fled the scene now the police had to get as much information as they could in order to trace the suspect and apprehend them.

With information received, officers followed the trail to Mdanstane Nu5, and then the raid was conducted into a premises were 100 cell phones were covered along with other stolen goods.

The suspects had thought that they had done a very successful job, not taking into account the fact that the police might know any information about them they might as well be tracking the cell phones that were stolen.

Two vehicles that have been used in numerous armed robberies, a Toyota Corolla and an Opel Corsa were recovered, their reign of terror comes as great news for the citizens of this country.

They are linked to multiple crimes, they were arrested and handed over to the SAPS, their vehicles impounded to be used as evidence and forfeited to the state.