" I Want To Watch TV, But Eskom's Back To Load-shedding " - Matshela Koko Whines

For some time now, South Africans have been voicing out their frustrations regarding load-shedding which was allegedly caused by corruption at Eskom, South Africa's biggest power utility. 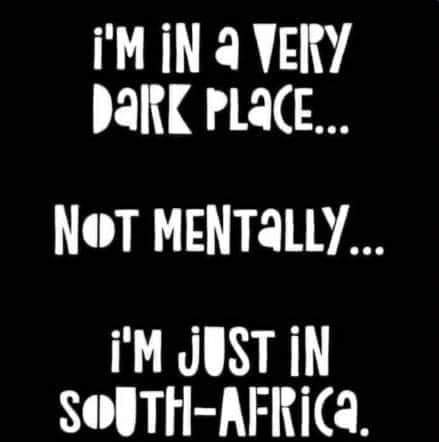 While many areas are taking turns to load the shed, some areas in Soweto have not had electricity for over two years, and they complained to President Cyril Ramaphosa during his campaign trail. 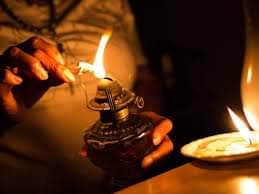 He promised to sort out their electricity issue, but after he failed, the residents protested outside the house of President Cyril Ramaphosa's sister, demanding that she calls the president to answer back to them.

After not load-shedding for a while now, Eskom has once again announced that it will implement stage 2 of load-shedding due to failure of a generating unit in Kusile, Medupi, and Arnot power stations, citing that there is the failure of coal at Medupi and a shutdown at Kendal caused by an electrical fault. 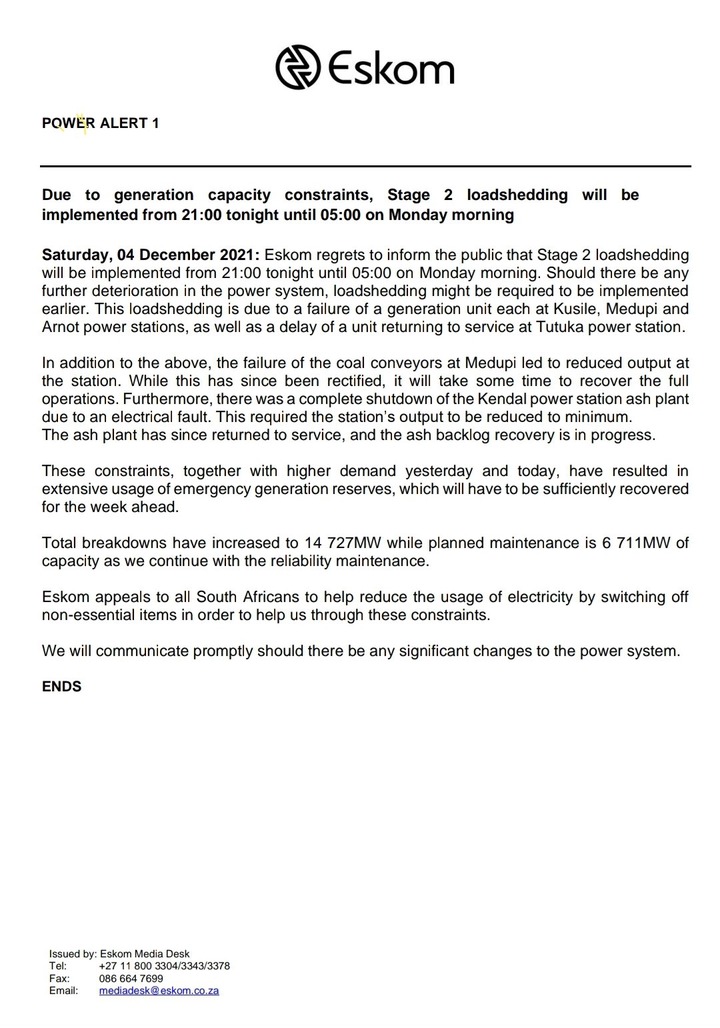 This did not sit well with former Eskom boss Matshela Koko who has been hoping to watch the Formula 1 Grand finale and has asked Eskom why it chose to load-shed this weekend, begging the power utility to allow F1 fans to watch the game in peace. 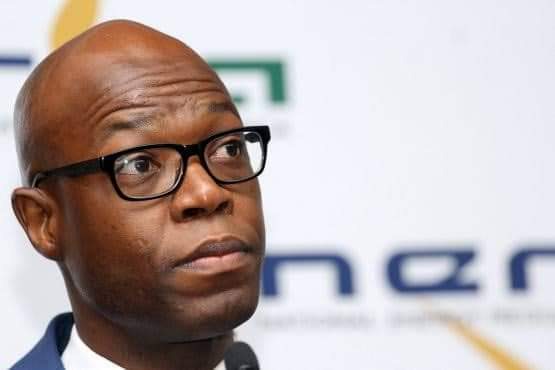 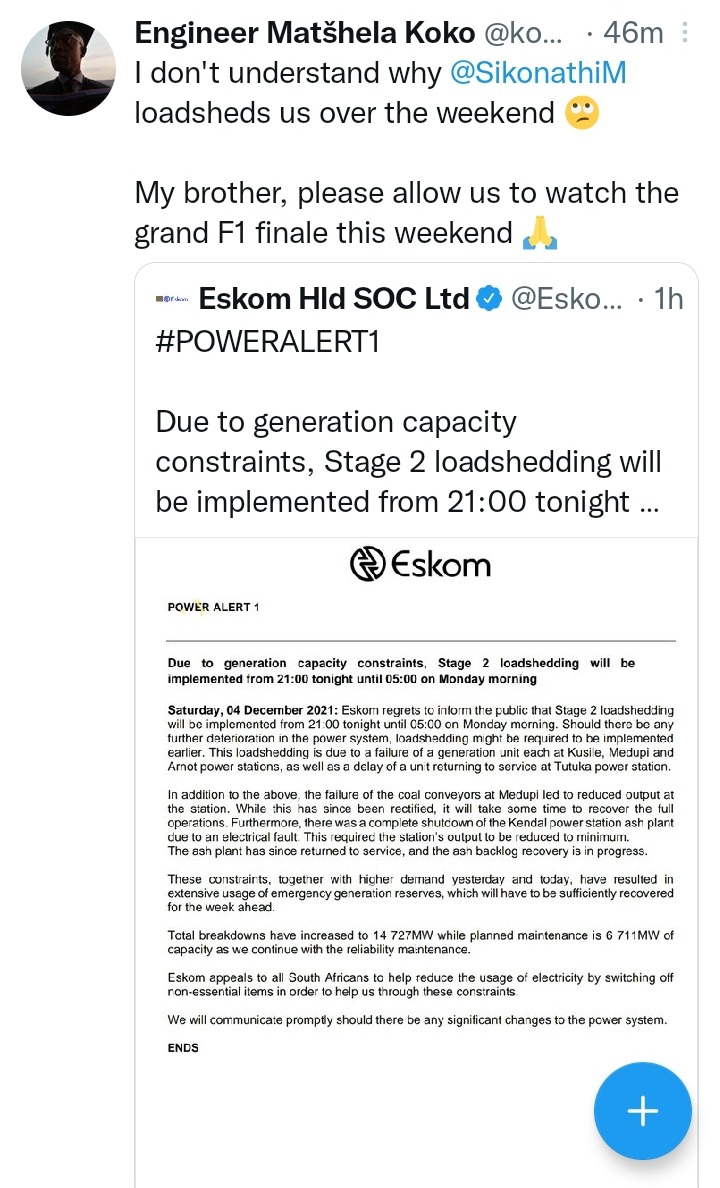 Matshela's followers are blaming Eskom board members and the Minister of Public Enterprises Pravin Gordhan, alleging that it is due to their incompetence that the country continues to go through load-shedding.

Some of his followers have pointed out that it is not yet the Grand Finale, in an attempt to put Matshela at ease. 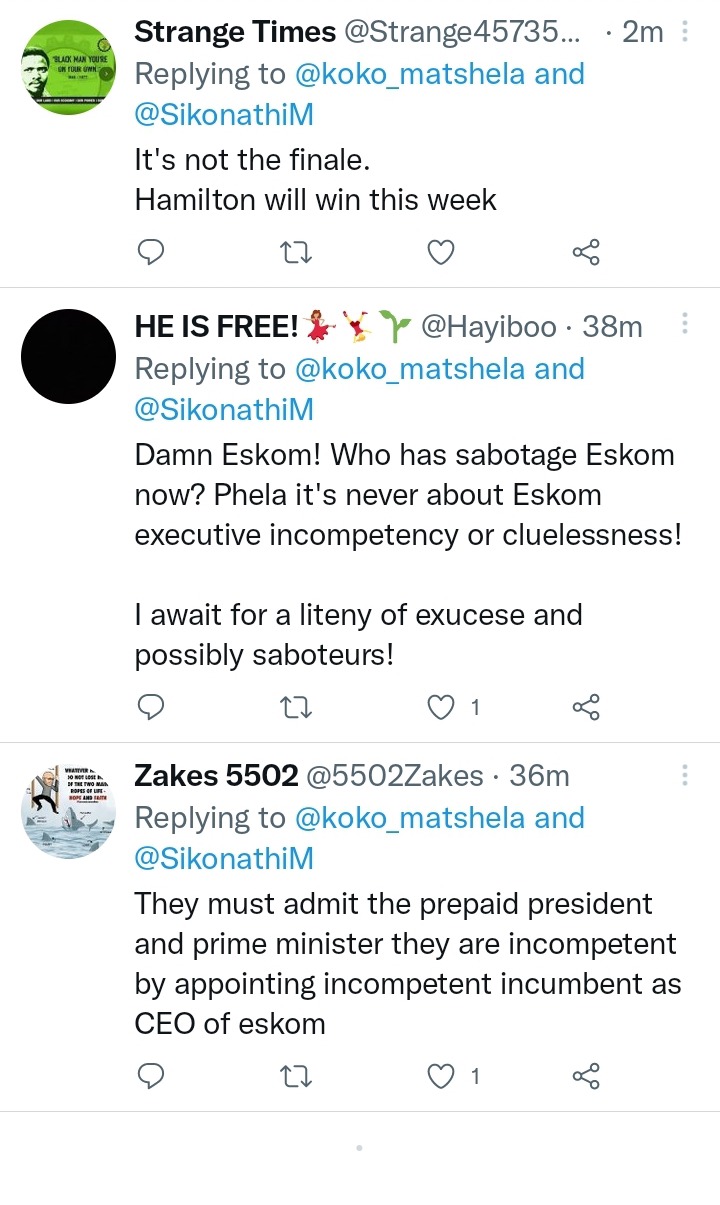 It will be in the interest of all South Africans to put a stop to the corruption and destruction at Eskom. Eskom is going bankrupt but not a single professional organization has stood up to, at least, condemn the attack on institutions of people's power.

Where are the economists, entrepreneurs (NAFCOC), stock traders, investment brokers, taxi operators, prosecutors, town planners, energy experts? Can't they see that the host they depend on is about to be finished?

Not so long ago, a nurse alleged that they have no electricity at a hospital and their generator was out of diesel, thus had to light candles. The tweet has since been deleted, and but one wonders how a state hospital can be in that condition. 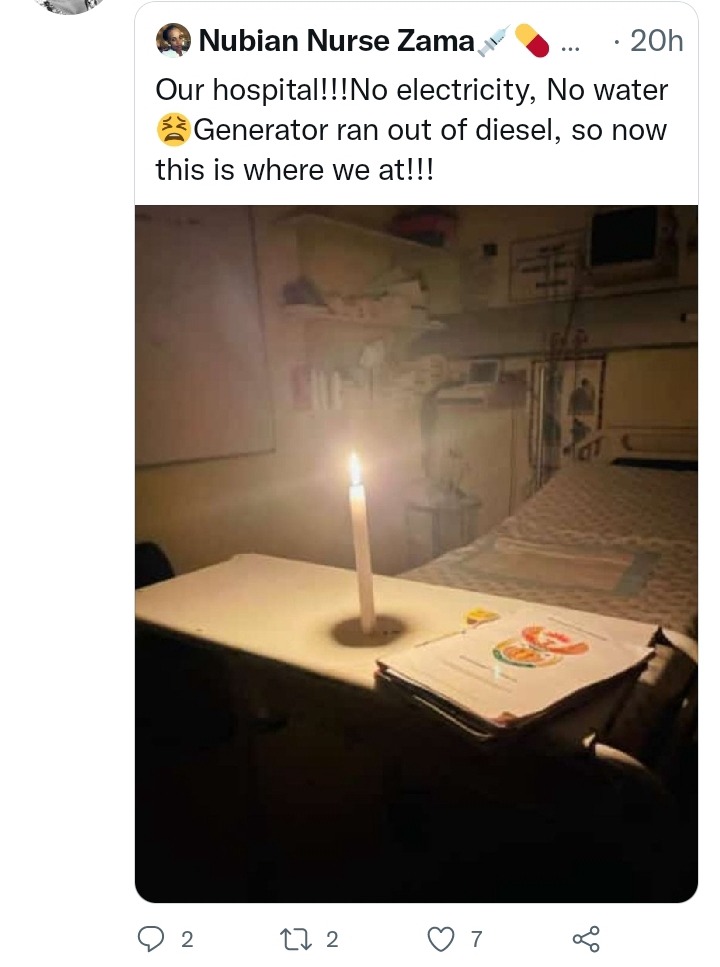 These looted and unmaintained Eskom power stations have been causing havoc for years, but still, nothing has been done.