Money stolen from Phala-Phala farm is way less than what was said before, & see the animal bought

In February of 2020, thieves broke into the Phala Phala farmhouse owned by President Cyril Ramaphosa and took an estimated $600,000 in cash. This amount is far lower than the early estimates of several millions of dollars that were stolen. According to what News24 has been able to ascertain, the cash, which is around R9 million, was paid to Ramaphosa's farm manager, Hendrik von Wielligh, for the sale of one buffalo.

News24 has a strong suspicion that the buyer was from Dubai; nevertheless, the identity of the person who paid cash is still a mystery, despite the fact that it has been reported to the Public Protector. It has also been commonly speculated that the money was concealed beneath a couch cushion or mattress; however, the money was really kept in a cupboard all along. 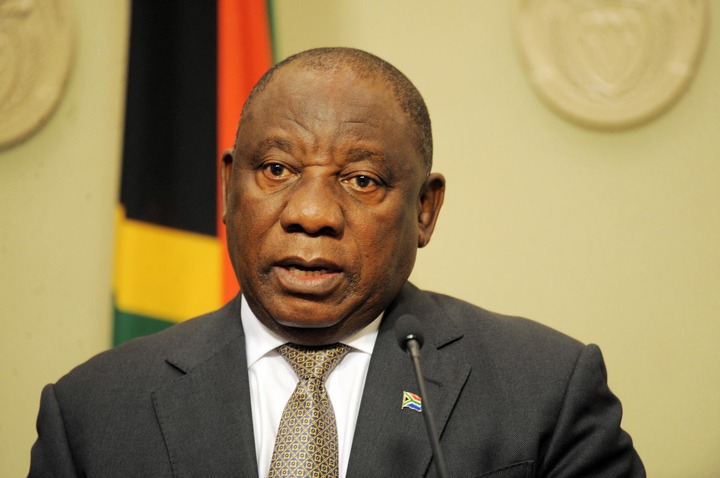 Rhoode said in a statement that he did not know the exact amount that was taken and that he had referred it to the Public Protector. In February of 2020, while both men were in Addis Ababa for a session of the African Union, Ramaphosa had broken the news to him about the break-in. A little over a month later, at the beginning of March 2020, he received a phone call inviting him to Ramaphosa's residence in Johannesburg, where he was informed that cash had been stolen.

Rhoode asserts that he contacted Lieutenant General Sindile Mfazi, who served at the time as the deputy national police commissioner, and that Mfazi subsequently asked him to "collect further information." After that, Rhoode carried out the investigation by conducting an interview with a "temporary worker" named Froliana Joseph and her brother, David.

News24 had previously located Joseph, and when asked about the burglary, she denied having any prior knowledge of it. Rhoode stated that the interviews were consensual and did not constitute interrogations. He also stated that when he had obtained the information, he had given it to Mfazi because he does not have the authority to register dockets. 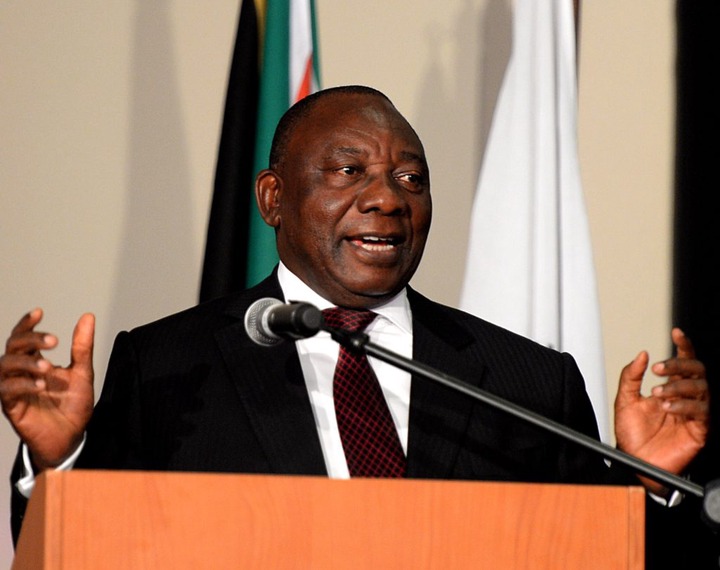 Rhoode also states that he will be traveling to Namibia in June 2020 alongside Bejani Chauke, who is Ramaphosa's special advisor, in order to meet with Hage Geingob, the president of Namibia. In his statement, Rhoode claimed that he was not there during the conversation that took place between Chauke and Geingob. They made their way to the Nakop border checkpoint, where they were met by a police helicopter and taken to Windhoek from there.

He asserts that the trip was necessary for AU business and that he had previously delegated the investigation of the break-in to Mfazi before leaving on the trip. In July of 2021, Mfazi passed away. It was first assumed that he had died as a result of difficulties associated to Covid-19. However, at the urging of his family, his body was unearthed, and the police stated that they are not investigating a murder case after toxicology testing found residues of poisonous casting resin.

Rhoode's account was supported by a confirmatory affidavit that was filed by National Police Commissioner Fannie Masemola. Masemola also stated that no case had been registered in connection with the burglary. At the beginning of June, Fraser filed a criminal complaint with the police and claimed that a widespread cover-up had taken place. According to Fraser, the cover-up involved Rhoode illegally entering Namibia, raiding homes in Cape Town, allegedly paying bribes to the suspects, and recovering goods that were purchased with stolen cash. Fraser's allegations were made in the criminal complaint.

Rhoode has categorically refuted Fraser's statements in his submission to the Public Protector, in which Fraser asserted that Rhoode had secretly investigated the burglary by putting together a group of current and former members of the police Crime Intelligence division to investigate the crime.

Since June 2018, Rhoode has been in charge of the Presidential Protection Service. Prior to that, he was engaged to head up security during Ramaphosa's successful CR17 ANC presidential campaign, which ultimately resulted in him being elected leader of the ruling party in December 2017. The declaration was provided as an answer to a number of questions that had been raised by Busisiwe Mkhwebane, who has now been removed from her position as Public Protector. Ramaphosa has also provided a response to the investigation, which is looking into whether or not he breached the Executive Members Ethics Act and the related code of conduct that goes along with it. 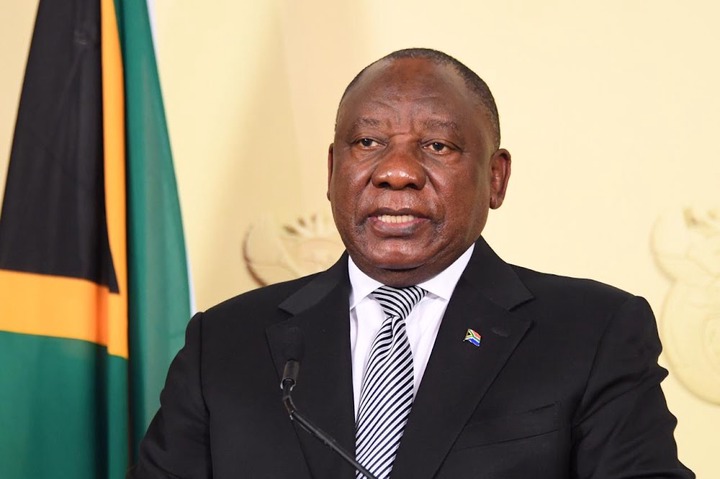 According to News24's sources, Cyril Ramaphosa intends to file a challenge to the Public Protector's jurisdiction, which stipulates that the PP can only investigate allegations relating to events that took place within the past two years or demonstrate the existence of exceptional conditions that call for an investigation. Because it would have been impossible to determine the exceptional circumstances before the investigation began, the acting Public Protector, Kholeka Gcaleka, is forced to depend on the explanations that Mkhwebane and her colleagues came up with.

According to JP Smith, the chief operations officer for Wildswinkel, the largest wildlife auction house in the country, a buffalo selling for anywhere in the neighborhood of R8 million is not an unusual occurrence. This information was provided to News24.

"The trade in wildlife goes through cycles, just like any other commerce does, and right now we are witnessing a really favorable shift in prices in terms of normalizing following the effects of the Covid-19 epidemic in 2020 and 2021. To be more specific, the base hunting price for buffalo is quite high, which helps to maintain the price stability of animals with good breeding potential, as stated by Smith.

"It is also very common for a private transaction involving a particular animal to fetch bigger amounts than what can be attained at auction. This is one of the many benefits of conducting business in this manner. Private transactions are typically completed between the producer and the buyer. The buyer will typically have specific requirements or be searching for a certain feature for breeding purposes. In many instances, the presence of this trait might command a higher price. 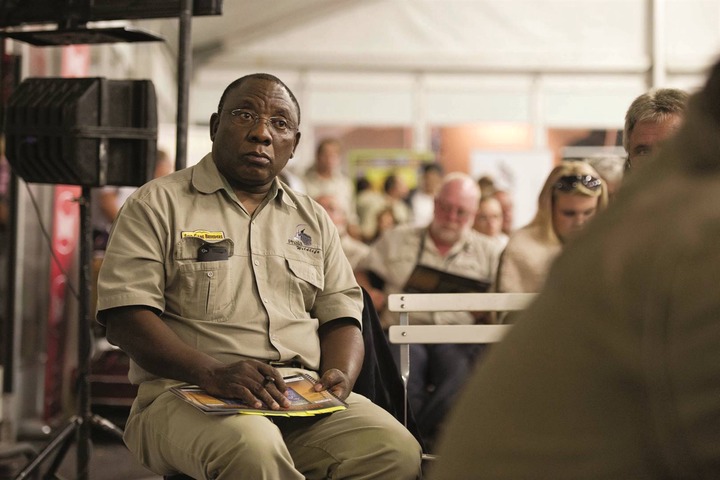 When you take into consideration the fact that a buffalo bull was sold at a public auction for R30 million in September 2019, the price of R9 million that Ramaphosa was able to obtain for his presidential campaign seems entirely reasonable to me. It is not impossible to retrieve that for the appropriate animal five months later, prior to the outbreak of the Covid-19 epidemic.

The buffalo bulls Horison and Inala made headlines in 2016 for the enormous sums they sold for. Horison was valued at R178 million after a series of transactions for shares in the bull, and Inala, another bull, went for R168 million in 2016. Two years later, an auction in the Eastern Cape fetched a price of R4.5 million for a buffalo cow that had been impregnated by Horison. The auction took place there. Johan Rupert, the wealthiest person in South Africa, purchased the Cape buffalo bull Mystery in 2013 for the price of R40 million. In 2011, less than a year before, President Cyril Ramaphosa issued a public apology after it was revealed that he had placed a bid of R18 million on a pregnant buffalo.

Initially, it was said that the money stolen from Phala-Phala farm was estimated around R60 million. See the link below