'See what convicted robber said his dad did to him with charm, before moving to city (Lagos State)

Before I Moved To The City, My Father Fortified Me With Charms -Convicted Robber 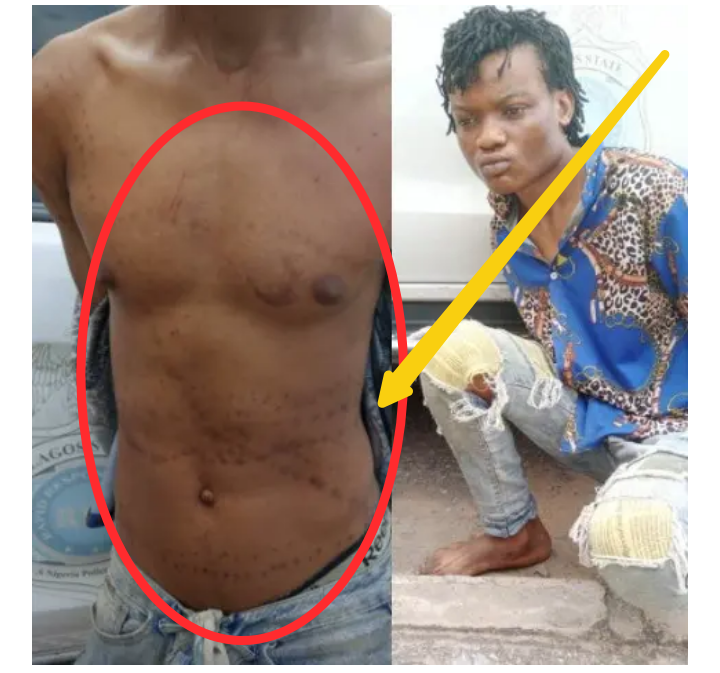 "Before I MOVED TO LAGOS, my father strengthened me with charms," A CONVICTED ROBBER SAYS.

A traffic robber caught last week Friday, November 26, by the Rapid Response Squad's (RRS) Decoy Team in a sting operation in Otedola Bridge and Ojodu – Berger has said that his father fortified him with charms before he left the village for Lagos.

Samuel Adetomi (18), a convicted robber, was apprehended in traffic by an RRS squad at Otedola Bridge. He was caught alongside around four other offenders while attempting to rob a driver. While his three other coworkers who spotted the plainclothes officers in time managed to flee, Adetomi was unable to flee the situation in time, resulting in his arrest.

At the scene, it took more than six police officers to restrain and handcuff him. When questioned, he admitted to selling bottled water in traffic and committing robberies at night, adding that he stays beneath the Ojodu – Berger footbridge at night. He claimed that the numerous diagonal cuts found throughout his body, as well as the ring discovered on his toe, were all part of the fortification with charms his father had him to undergo prior to departing Abeokuta for Lagos. 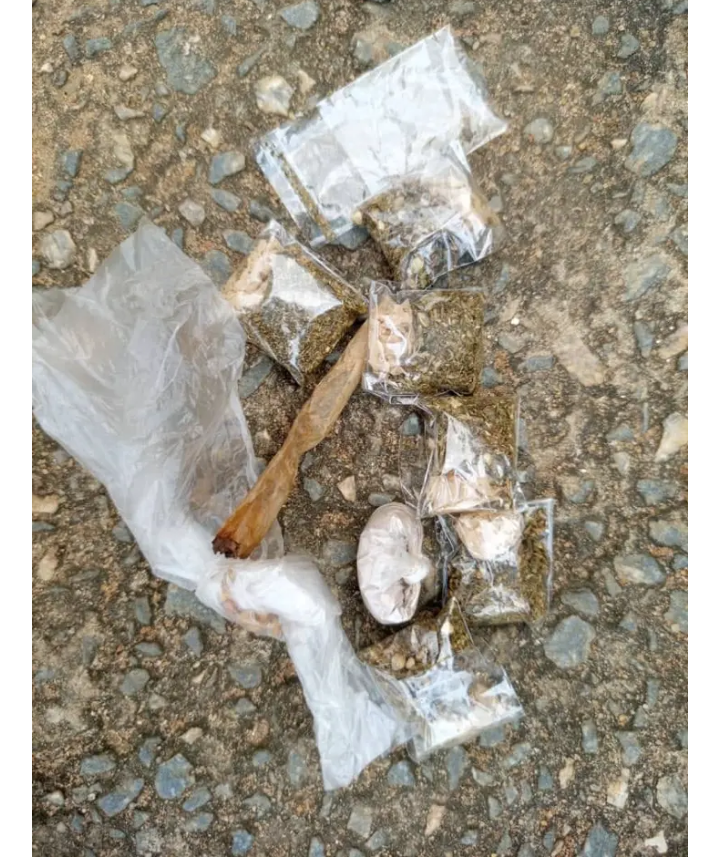 The operation was part of a sting operation directed by Commander, Rapid Response Squad (RRS), CSP Olayinka Egbeyemi in designated areas of the metropolis to combat traffic robbery during the festive season.

While CSP Egbeyemi reiterated the Commissioner of Police's directives, CP Hakeem Odumosu remarked that additional security strategies would be implemented to combat crime over the festive season. Charms and hard drugs were recovered from him.

Adetomi was sentenced to four months in prison after being transferred to the court for prosecution on the Commissioner of Police's instruction.

Big Brother Mzansi: People on social media were left in stitches after seeing Norman doing this

Sophie Ndaba has been married three times, here are the guys she got married to