By SELULEKO (self meida writer) | 26 days

Mbuyiseni Ndlozi is a vigilante member of Economic Freedom Fighters (EFF) and he is allegedly accused of rape. 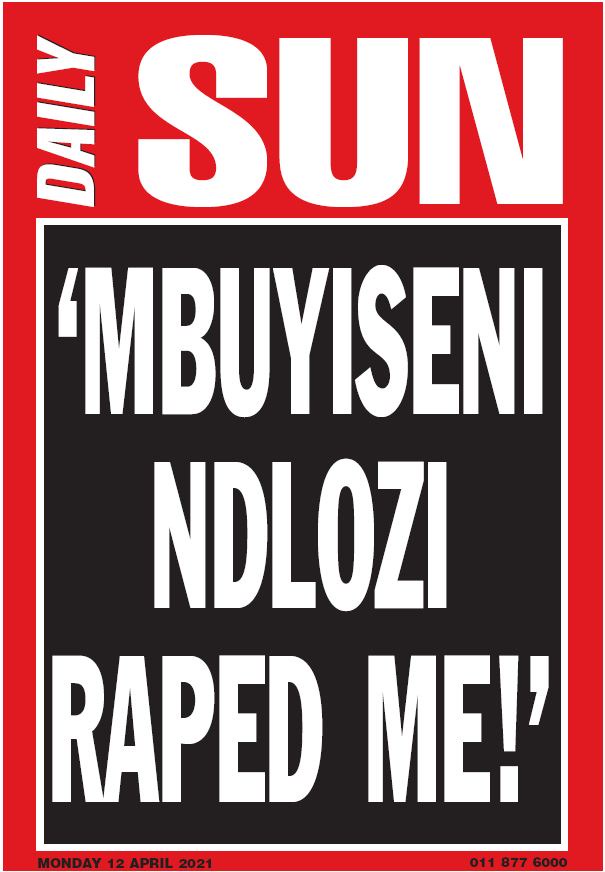 The girl accusing him reported to Daily Sun the whole story and she told them that she met Mbuyiseni Ndlozi last Friday when she was invited by her friends in a party. The place they were partying at in Rivonia but they continued to stay there until it was 1:30 in the morning and some of the guys suggested that they continue with the party somewhere else not there. The girl said They then went to one of the guy's penthouse and after 10 minutes at the penthouse, a male came and introduced himself to her as Quinton and they relaxed, continued to drink and they chatted more.

She further said in her Daily Sun's statement that during her conversation and interaction with the guy Quinton, the penthouse became quiet around 03:30am and a few moment later she felt dizzy and left him to sit in a bed in one of the bedrooms in the penthouse. All she remembers was Quinton entering in the bedroom's door asking if she is okay and she said yes and then blacked out, she said. She further said in her statement, when she regained consciousness she remembered that Quinton was on top of her and she was naked with sore private parts. She said moments later, Quinton had disappeared and the other girls were in their rooms.

After that, the next day she decided to google the name Quinton in order to find out who raped her and she founded out that its Mbuyiseni Ndlozi as she could recognize him from the party.

Dr Mbuyiseni Ndlozi denied all of these allegations and he made it clear that he was never at that party that they say he was on Friday night.

"It's a terrible instance of mistaken identity. I, however, offer my full cooperation and will do the same should police contact me. I hope the perpetrator is found and sent to jail for a very long time" Mbuyiseni Ndlozi said to Daily Sun defending himself.

Below is the anonymous girl's statement 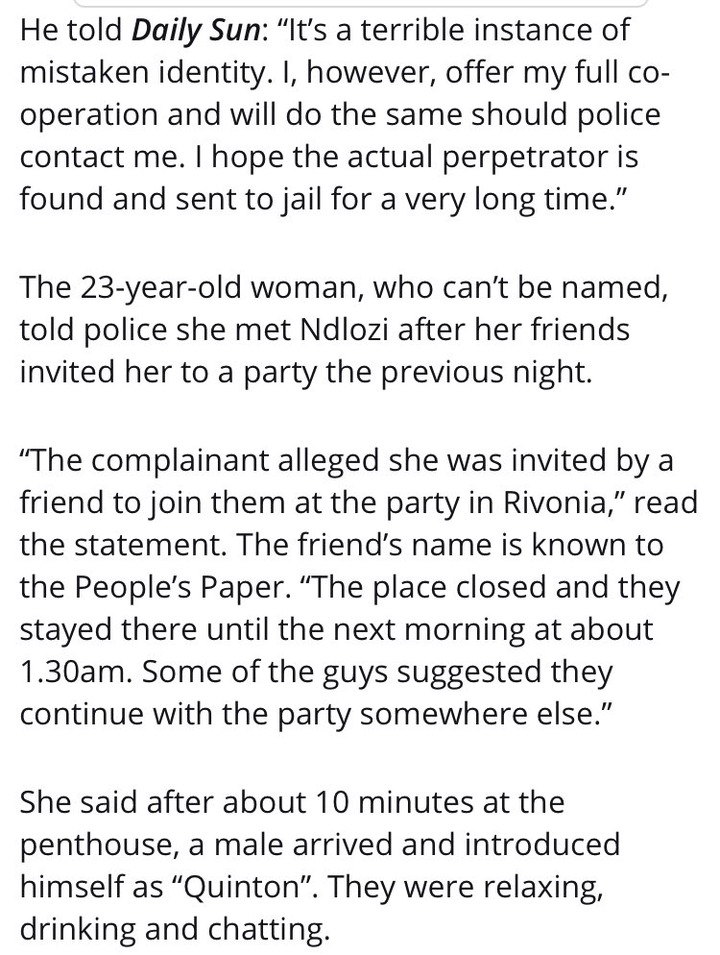 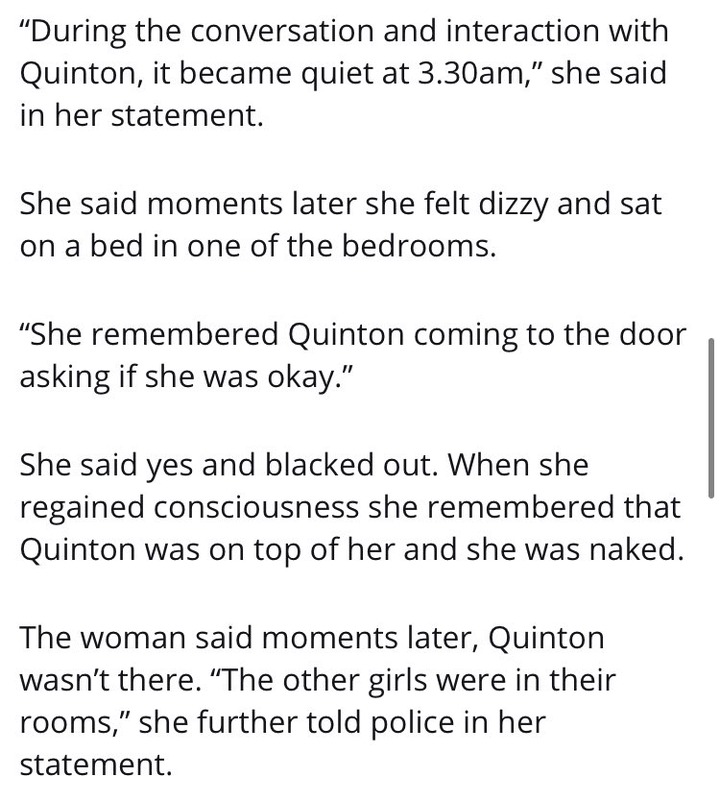 This allegations has inflicted fire in the Twitter streets as people are defending Mbuyiseni Ndlozi because the allegations are not making sense. Below are the few strong comments they highlighted.

Apparently the lady is 23 years and is still anonymous. Daily Sun is to reveal the whole story today in their formal publications.

What do you think about this? Can someone who was drunk spot a person in Google pictures when he/she is sober? Is Ndlozi the only guy having Quinton as a second name? Did she decide to spot him because of his high profile? Or is Ndlozi really capable of what he's accused of? What do you think? Leave your reply in the comments section below, like and also share.

Content created and supplied by: SELULEKO (via Opera News )

Chaos In The Catholic Church Erupts As Bishops Attack Vatican

Magwabe posted a picture of herself.See what people noticed instead.

Vin Diesel Is A Living Legend