We all know that there's this young called Taka Tina on Social media twitter, who used to share good and sad stories. So yesterday he decided to share an interesting and sad story with us at the same time. 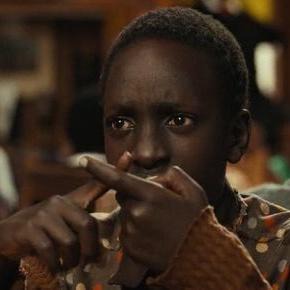 Taka Tina say: June 1989 was a nightmare for him. It all started after he said Voetsek to an old lady at the tills at Boxer store, she said "ulibambe lingatshoni". It was election month, ATM, EFF, ACTION Sa, ANC were rallying the streets campaigning. He didn't care much cause he didn't even consider himself as a Black person since he was always with white people.

Lady was trying to steal presents he had bought for Tina's 9th birthday, she thought he was gonna be scared since she practiced in Witchcraft, she had just given RoyalAM muti to win against Kaizer Chiefs. So he went home and went to bed early since it was Sunday and he had a big day at work the following day. He was woken up by the TV noise at 2 am, he had passed out on the couch while watching Blood and Water.

He woke up to go switch the TV off when he noticed his dog shivering like hell, it was sweating too much, it just recovered from a terrible Pneumonia, but before he could give it a glass of milk he looked through the window cause it was starring at the window. He saw some animal looking like creature at the next door, wearing a Cap, it saw him looking, then pointed at him like it was saying I'm gonna come there when i finish here.

He quickly closed his curtain and ran to his room to fetch TB Johua's water he had put in front of my TV earlier, he sprinkled it all around the house while saying "Hamba Satan". He then went back to sleep as he only had a couple of hours left to sleep. He could hear the animal in his yard but it had no chance cause his house was protected by his friend muti bullet proof of Witchcraft. He woke up in the morning and did the routine before he go to work, watch his neighbours for 5 min on all windows before asking his dog to take over.

On my way out he saw something on the roof top somalian shop opposite his house, it looked like the same animal he saw the previous night. It looked like it overslept, it usually takes a break there after terrorising them at night, but that night it forgot to set the alarm on its phone. He was trying to find a way of opening his gate without making a sound. He stood in his yard for a while. He stood there till 5am, and the owner of the shop had arrived to open the shop, the noise of the bakkie woke that animal up. The animal looked at the phone and saw the time, it was furious when it realised that it overslept, it made a lot of noise while punching its chest like Tarzan does Baboon was tired so it decided to take a nap on the roof and set the alarm to wake it up, but phone went flat. Somalian guy never heard the noise cause he was playing loud music while reversing his bakkie, nigga was always listening to Ghanama song by Makhadzi , it was one the songs to have been nomited in the Mzansi awards. The animal jumped off the roof furiously and landed next to the Somalian guy's bakkie, it kicked him in the chest, grabbed a large 1st grade onion from the Bakkie, gave it a large bite before handing it to the Somalian guy to do the same. Somalian guy looked at the Baboon and said "xolo bhuti andilityi elirhwada itswele" translation "Sorry big brother i don't eat raw onion". Baboon became furious and made even more noise while showing the Somalian guy what time it was. He couldn't hold himself but laugh, Baboon looked at his house but never saw him cause he was hiding behind the wall. He then ran out and went to catch a Taxi to work. Taxi driver then decided to go his own direction when everyone in the taxi was just going to Town. He decided to take them to East London because he just felt like going there. Passengers started shouting and making a noise. Driver then pulled the Taxi over to the side of the road, everyone in the Taxi became quiet when they saw how huge he was, he could see the size of his shoes through the window as he walked next to the Taxi. He was wearing a Jordan23, that Jordan logo of Jordan dunking a ball wasn't there, on his you could see that Jordan didn't wanna be on those takkies he was just scared of the owner cause on normal takkies Jordan is dunking a ball but on his takkies Jordan was seated on floor tired. He then came to the door and opened the sliding door, cause he was huge so he knelt down. Taka tina was the smallest in that taxi and seated at the back seat. Out of all 15 passengers he pointed at him and asked where are we going, out of all these people. Taka tina because he was scared he was gonna say we were going to Town, the he said said "Driver I'm going to East London, he don't know about other People". He then closed the sliding door and drove the Taxi towards East London.

He then made it to work, to find a note at the gate notifying them that the mine was shut down, it was witten in Afrikaans which read " Hierdie Mine is Moer toe, is demekaar die om tw sy ek is honger in die baai op die popa sal dans". Never mind the closing of the mine, what really hurt him was the fact that the note was pastes with Chappies of Watermelon which had a funny taste. That's when he realised that life was about to be tough. He waited for a couple of weeks for his provident fund without any luck. Then he had to go find another job, Joburg was the only place he .could go since everyone was headed that side, and was the only place with more than 30 open mines.