Taxi driver claimed he thought a reporter was an armed robber. And he did this.

By CloudZero (self media writer) | 25 days ago

When I saw him, I immediately thought it was an armed robber. -Taxi driver confesses to killing a Vanguard reporter in an apparent hit-and-run incident 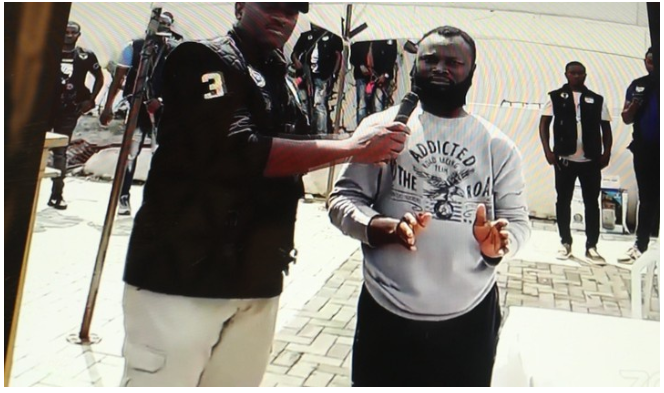 An unknown taxi driver, identified only as Itoro, has confessed to the murder of Tordue Salem, a reporter for the Vanguard Newspaper who had gone missing a few days earlier and was later found dead.

He claimed that he was driving around Mabushi late at night when he collided with someone and fled for his life out of fear of being shot.

He claimed that his automobile had been damaged, but that he had repaired it the following day and was back in business.

While being paraded on Friday, the young man claimed he didn't stop because he assumed the victim was an armed robber and therefore didn't want to risk being shot.

Take a look at some of the reactions below.

In case it's a joke, make sure una doesn't get too far ahead of you. What kind of suspect parade is that, exactly? We're not in a hurry, una, and we don't accept half-baked stories. This is human life we're talking about; how can a young man just vanish without a trace, leaving his family worried, only to end up fucking dead, is beyond comprehension.

You were driving recklessly when you hit someone, but you didn't make any attempt to report yourself to the authorities. Your life went on as if the person you hit was a dog, and you didn't say anything. And here you are, blatantly lying in front of the camera, claiming that you mistook the individual for an armed robber. Were you able to spot a weapon on him? Take a look at where your wickedness has led you.

Bola146: Hit and run? Since over two or three weeks?

Some Of The Most Reliable Classic Cars Money Can Buy

Breaking: SA Reality Star Is No More, And She Left This Note

Here is what expropriation of land with Nil Compensation means