Shook| Gardee's Alleged Murder Has History Of The Following. See What His Family Revealed About Him? 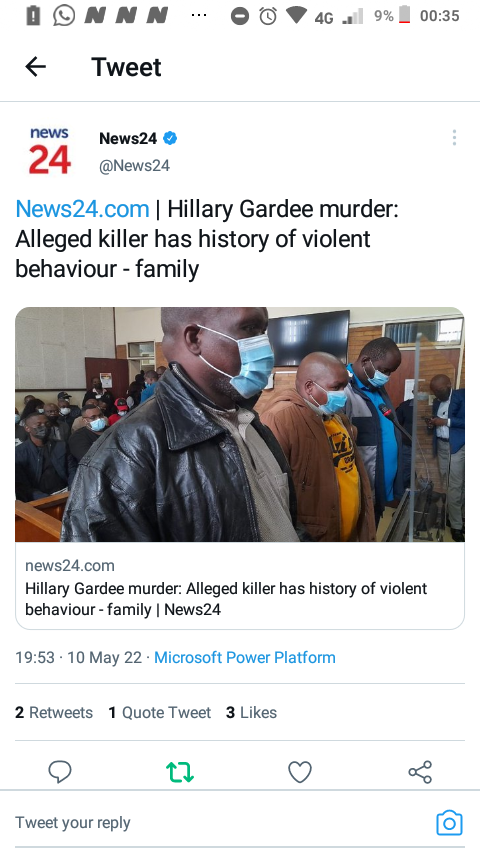 Philemon Lukhele, Sipho Lawrence Mkhatshwa, and Albert Mduduzi Gama were all arrested for killing Hillary Gardee. Lukhele was wearing a black jacket. Lukhele works in the office of the ANC Chief Whip for Mpumalanga.

One of the men accused of killing Hillary Gardee has a family who says they got a protection order against him because he was violent.

Sipho Mkhatshwa was taken in by Victoria Mkhatshwa before she died.

Philemon Lukhele, who is also being charged, worked as the ANC chief whip in the Mpumalanga legislature.

One of the people arrested for Hillary Gardee's murder has a history of violence, and at one point, his family got a protection order against him.

Siya Nkosi, a spokesperson for the Mkhatshwa family, said in a statement on Tuesday, "There have been attempts by traditional leaders to help, but they haven't worked."

But, Nkosi said, they are shocked that he was caught for killing Gardee.

Mkhatshwa was taken in by Victoria Mkhatshwa, who was the sister of Father Smangaliso Mkhatshwa, a war veteran and former mayor of Tshwane.

"The Mkhatshwa family is shocked that their adopted son, Sipho Mkhatshwa, was arrested in connection with the brutal murder of Hillary Gardee, Mr. Godrich Gardee's daughter," Nkosi said.

"The South African Police Service got in touch with Sipho's family about something else. The police then told the man's family that he had been arrested."

Read: A worker in the office of the Mpumalanga ANC chief whip has been arrested for the murder of Hillary Gardee.

Gardee, who was 28 years old, was reported missing a few days before her body was found in a forest about 40 km from Mbombela.

Monday, Mkhatshwa and Philemon Lukhele, both 47, and Albert Mduduzi Gama, 52, who are also accused of killing her, went to the Mbombela Magistrate's Court.

They are being charged with plotting to kill, kidnapping, raping, killing, hijacking, and getting around the law.

Nkosi told me Sipho was taken in by Victoria Mkhatshwa, who has since died. 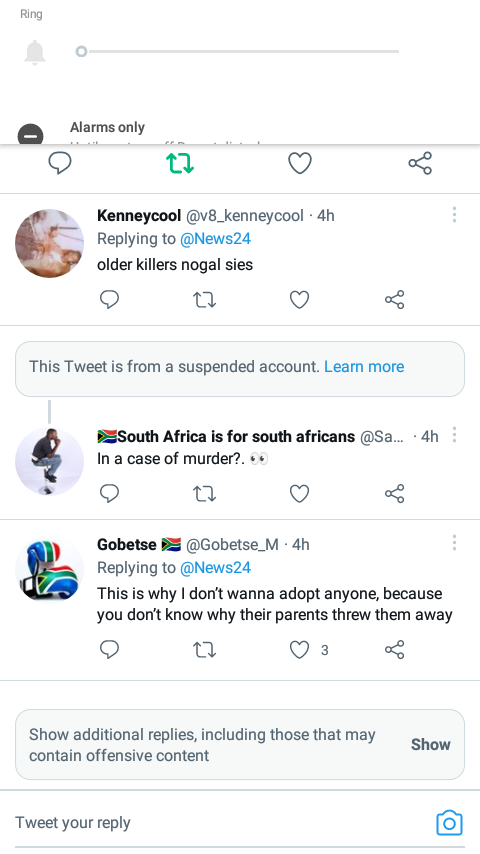 WATCH: Take a look at where Hillary Gardee's body was dumped.

Hillary Gardee, the daughter of former EFF secretary-general Godrich Gardee, was found dead in a timber plantation about 40 km from Mbombela in Mpumalanga. She had head wounds when she was found.

"Sipho's family raised him and helped pay for his schooling," he said.

But he had been in trouble with the law before, they said. He was accused of killing Gardee, which was not the first time.

Sipho was also given a protection order before he was arrested because he was violent toward his family in Driekoppies. Nkosi said that this also meant breaking into homes.

"The Mkhatshwa family has faith in the country's law enforcement agencies and legal system.

"Mr. Gardee is known to the family. Helping the Gardee family through their grief is the most important thing to do right now. "The Mkhatshwa family sends its deepest condolences to the Gardees and strongly condemns the scourge of crime, especially violence against women and children," Nkosi said. 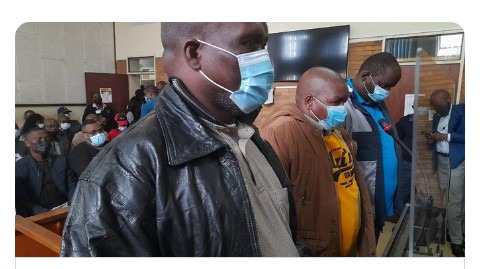