A Man sided with a police who slapped an innocent woman| This is how people reacted.

A video has been circulating for days now which shows a Policeman slapping a woman. Many comments were made on twitter after this video was leaked. Women abuse is wrong. It does not matter what led to a man beating up a woman. Once you raise your hand against a woman, it goes to show that you are weak as a man.

The comments made about this video were obviously against the Policeman and in support of the woman. However, there was just one comment that left everyone boiling with anger: 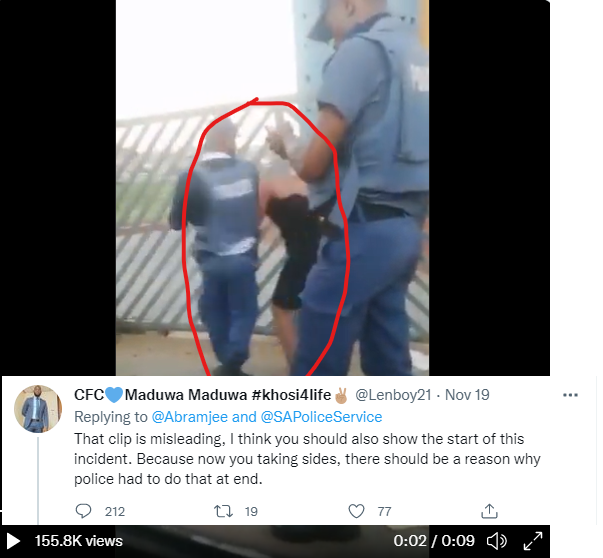 "That clip is misleading, I think you should also show the start of this incident. Because now you taking sides, there should be a reason why police had to do that at end."

A man with a twitter account by the name of CFC Maduwa Maduwa #khosi4life had the nerve to say "there should be a reason why the police had to do that." Other users on twitter had to try and put him in his place because he was talking 'nonsense'. 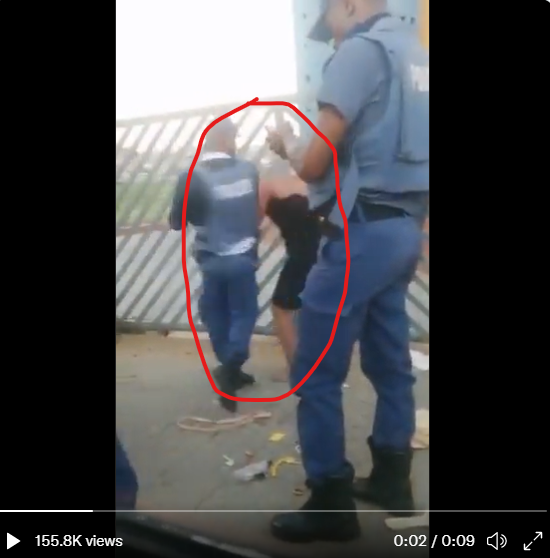 These are the comments:

1."If you were a normal functioning person, you would know that there is never a circumstance where such conduct is justifiable. That it's done by a police officer in the presence of colleagues, who seem not bothered, is outright revolting."

3."I think is not fair to regard police as same as citizens, police should act ethically at all times, if there was something wrong, then why didn't they arrest her. police duty is to protect, serve and uphold the rule of law, you can't assault, it's a own goal." 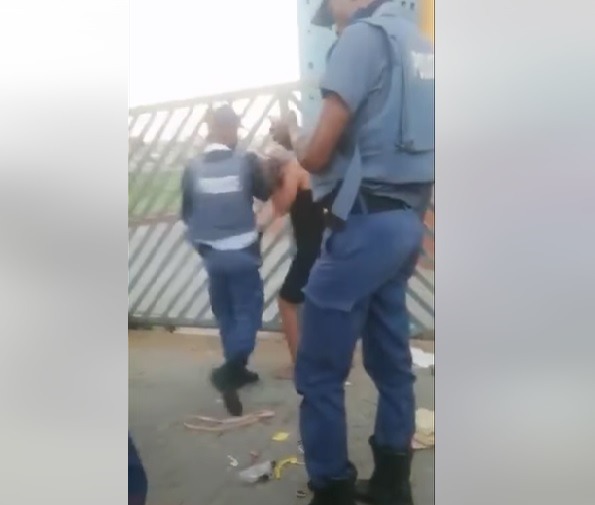 This policeman should be stripped of his badge and charged for assault because he clearly abused a woman and tried to hide it. There is a second video that shows the police trying to take the phone with the video from another woman who was recording.

Be Careful Of The Following Messages In Your Email

Jub-Jub lands himself into more trouble by saying this, read what