By MonaNews (self media writer) | 21 days ago

Noah Woods, 5, a quick-thinking and fearless youngster, just saved his entire family in Bartow County, Georgia, from an electrical fire outbreak in their home. The courageous youngster was one of a select group of children to receive the Lifesaving Award for his efforts in assisting seven individuals to safety from the engulfing fire. 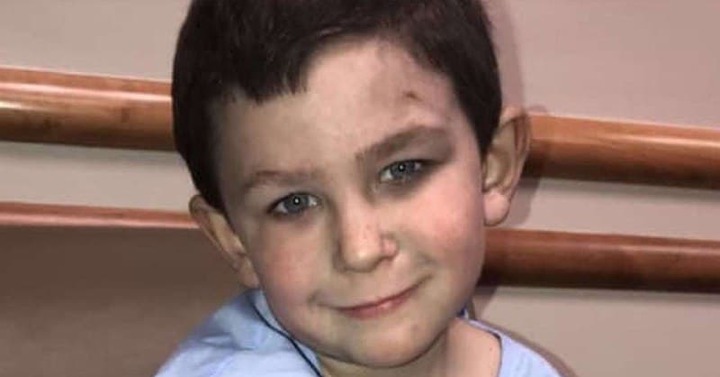 When an electrical fault sparked a fire in the home where Noah's family was sleeping, they were all sound asleep. Noah has a 2-year-old sister named Lily, and when he noticed the fire and smoke, he snatched her up and scurried her out the window, which was the only way out. No one has a clue as to how he did it, but he did it without a second thought.

In order to save his dog, he plunged back into the engulfing inferno and dashed to get his uncle, who lived next door, on the phone. Other residents of the residence were sound asleep as a result of being cooped up. Seven individuals were saved thanks to Noah's efforts, and they are all well and happy today. Lily only had small burns on her feet, but she was otherwise unharmed. Smoke inhalation and minor burns were treated for the child hero and his four family members.

Many people's lives were spared thanks to Noah's fast thinking, which averted a potentially catastrophic tragedy.

He's considering becoming a police officer after all.

After Noah's last rescue operation, he now wants to be a police officer, according to CBS News. Noah first wanted to be a superhero.

Dwayne Jamison, the fire chief, said during a celebration honouring the little superhero on Friday that "normally our firemen are acknowledged... but today we're here to honour one of our local heroes." The family's lives were saved because to Noah's heroic acts. Today, we'd want to honour him for that.

He went on to say:

"Children have alerted their families in the past. That's really amazing, though, for a 5-year-old to be so aware."

In a ceremony hosted by the Fire Department to honour Noah, he was given the Lifesaving Award and designated an honorary fireman. A dazzling fireman's helmet and a badge were given to the youngster as a token of appreciation for his extraordinary bravery.

He was described as "warm-hearted" by a reporter who spoke to his cousin about him. To be a part of this family and to commemorate Noah today is an honour and a privilege. Heroes, according to legend, come in all different sizes and forms. This week, he demonstrated to me that becoming older does have an impact. For someone my age, it's amazing that a 5-year-old can go out and save his entire family," he continued.

Through the help of strangers and the generosity of friends and family, Noah's family was able to flee their burning house. "We might not be here today if it weren't for Noah."

Noah's family has put up a GoFundMe page to solicit donations from kind-hearted individuals after their house was destroyed in a fire. Noah, the hero, and his sister are deserving of a lovely location to call home once more. Be there for the family as they fight this battle and get their lives back on track as quickly as possible.