By AnonymousZA (self media writer) | 3 months ago 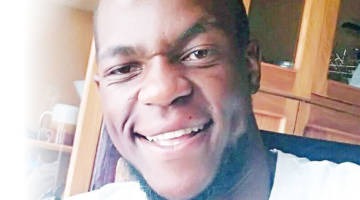 South Africa - A Zimbabwean man named Ocean Mutero who assisted his sister To fatally beat up a 12 year old, has allegedly crossed the border into South Africa, to evade arrest from authorities in Zimbabwe. 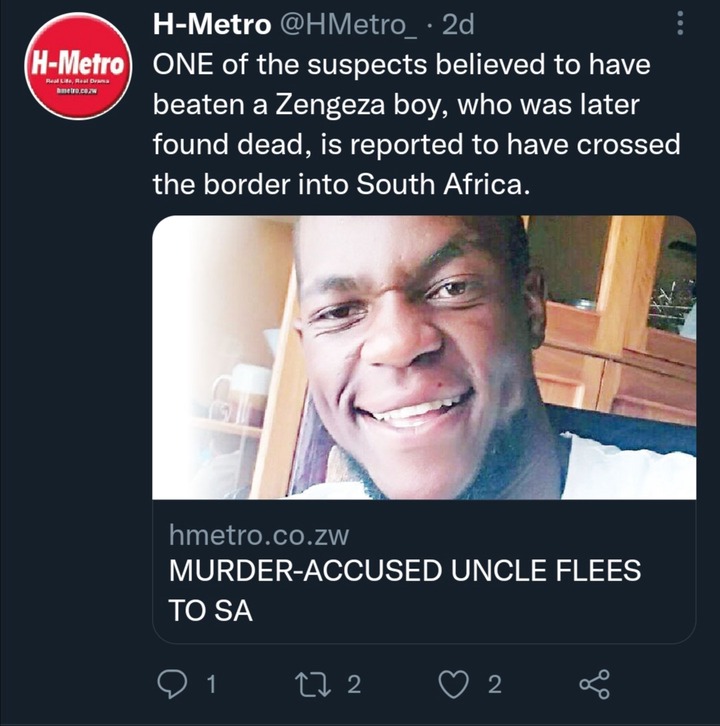 It is asserted that the idea of wasting the rest of his life in penitentiary was too much for him to handle. Ocean Mutero is alledged to have fled Zimbabwe after seeing that he would be arrested for homicide. A source that talked to a Zimbabwean tabloid asserted Mutero is now in South Africa. “Madzibaba Ocean is now believed to be in South Africa. He left the scene destined for Mbare where he claimed to be visiting a relative to deliver a death notice. 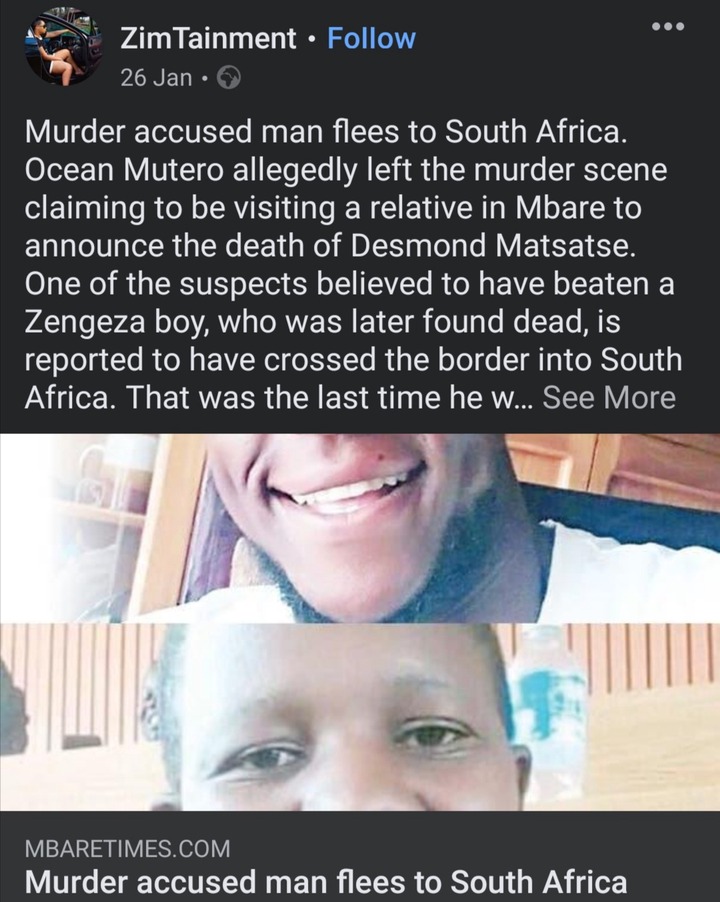 “From that day he never returned, only to hear that he had crossed the border,” the source announced. It is contended that Mutero helped his sister Gremma Yeukai Mutero assault her 12 year old son Desmond. Desmond had joined a cult and this did not sit well with the two, who then allegedly assaulted the kid. 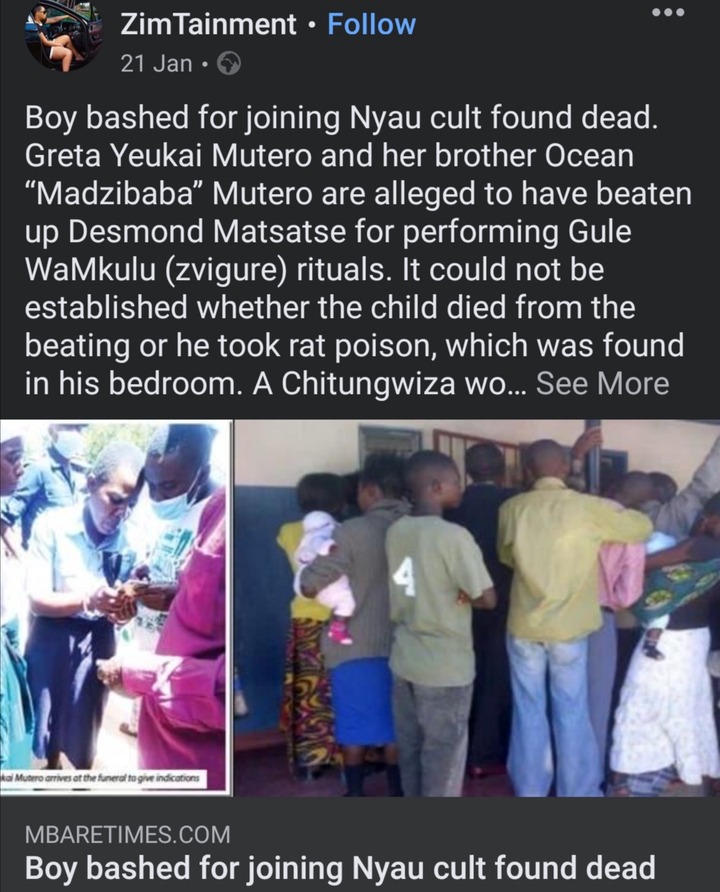