The people of South Africa today have zero tolerance for any type of crime in our country, as evidenced by the manner in which they deal criminals causing annoyance in our different areas. 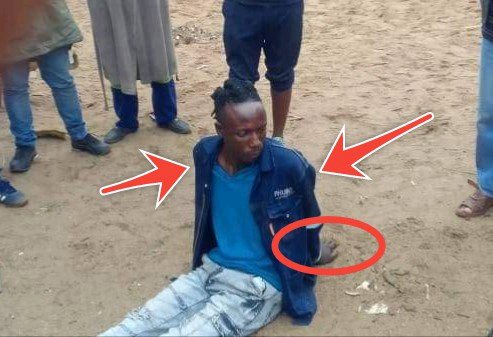 There have been so many murders, kidnappings, rapes, armed robberies, carjackings, etc. over the past ten years. This has caused a number of community members to form vigilante organisations to supplement the efforts of security officials.

Residents of Tzaneen, Limpopo, have successfully apprehended a Zimbabwean man sought for many murders in South Africa. The young man allegedly murdered two South Africans two days ago and entered Zimbabwe through the Beitbridge border crossing.

The young man attempted to re-enter South Africa by way of Tzaneen, Limpopo, but he was apprehended and severely injured by community members.

The defendant was accused of robbing and raping young women in the Vhembe district and the Niani neighbourhood.

As of the time this report was compiled, vigilante groups had placed the young man under their watch until police arrived.

This was mentioned in a statement issued by Dzakani John on Twitter: "This Zimbabwean has just crossed the river and returned to Zimbabwe after killing two South Africans two days ago. He had been raping and robbing defenceless citizens in the Vhembe and Niani districts ".