The missing child was found dead

By Moeletsi (self media writer) | 12 days ago

The missing child was found dead 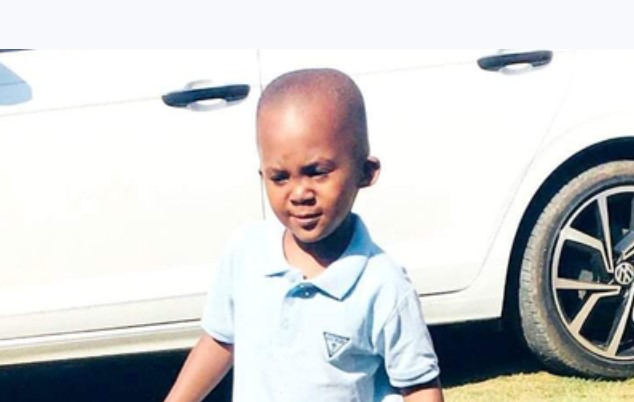 Asimdumise Phungwayo's body was found at 6.30am on the shores of the dam, Woodstock, near his home.

His family said he had not been cut and had no stab wounds or gunshot wounds but there were injuries to his head.

His body was found lying on the ground, prompting the family to suspect that someone had abducted him and dumped him in a pond.

Asimdumise disappeared from their home on Sunday at 5.30pm as he was found dead.

The family blames the man's hand on his death as he said he may have been killed somewhere and then thrown into the dam.

The mother of the deceased reportedly burst into tears when she was called to the scene where her son was found.

Khaya Mavundla, Asimdumise's uncle, said they woke up with bad news yesterday as they still hoped the baby would be found alive.

“The child was killed by the abductor, who threw him into the water because the water was still muddy where he was found. We are awaiting a report from a post-mortem doctor who will explain the cause of death. We have accepted as a family that the baby is no more, ”said Mavundla.

Asimdumise reportedly disappeared while his grandfather was guarding him, with other family members. He allegedly left the house and stood by the gate.

KwaZulu-Natal police spokesman Captain Nqobile Gwala said a docket had been opened, which was being investigated by Bergville police.

Mzansi spotted something when police were handcuffing Criminals

Never walk on the street with too much money in your hand. Here is why