Villagers outside eMaxesibeni, formerly Mount Ayliff, in the Eastern Cape, carry their dead across a dangerous-looking rope bridge because a shoddy permanent concrete bridge used by cars is flooded by overflowing water. A shocking video surfaced showing two men carrying a coffin to a funeral, carefully walking on the wobbling rope bridge, over the weekend. 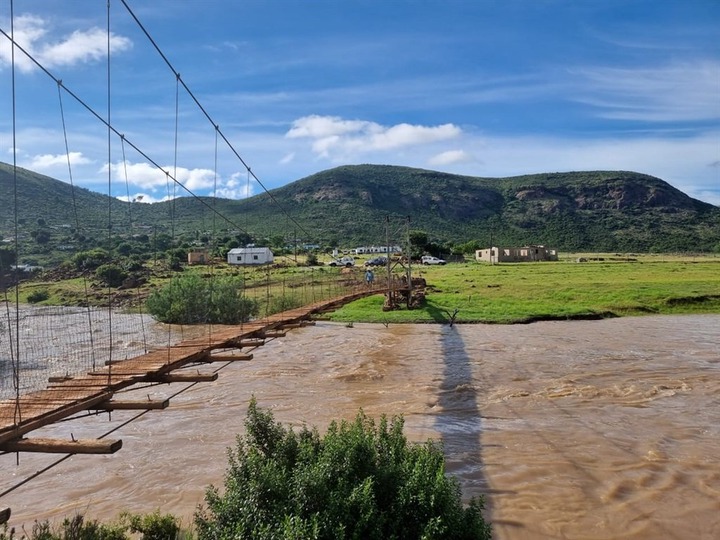 They have no choice because a concrete bridge built by the Eastern Cape transport department in 2002, at an estimated cost of R6.1 million, is flooded following recent thunderstorms. Villagers have accused the authorities of building the bridge too low.

The rope bridge was built in 2001 as a contingency plan by a church after 30 people had died trying to cross the Umzimvubu River on separate occasions during floods. 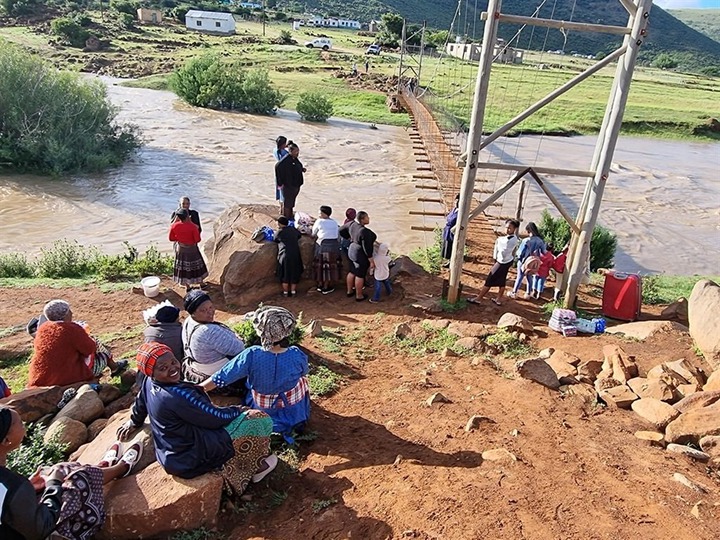 Mantshongo said a few pieces of wood were missing on the surface and a couple of ropes and cable ties had snapped. During an interview on Monday, Mantshongo said more than 2 000 villagers risked their lives crossing the unsafe bridge on a daily basis to and from eMaxesibeni town where they work or trade. 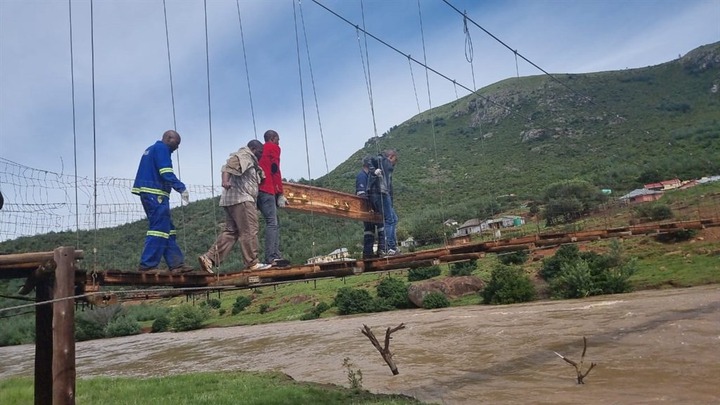 According to her, villagers from Maqokolweni, Ngxakaxa, Maduna, Majojweni, Ndarala, Bhekayeke, Welakabini and Mjikelweni must cross the bridge when they need supplies or medical care at clinics or hospital. "A taxi that had transported people of the villages to their homes from town before the recent thunderstorms is still trapped in the villages. Today, it entered its second week. It cannot cross that flooded bridge," she added.

Mantshongo said the low-rising bridge was built at an estimated cost of R6.1 million. Umzimvubu Local Municipality spokesperson Khanya Kalashe confirmed the rope bridge was built by SANDF engineers. Kalashe defended the transport department bridge, saying: "Due to the environmental assessment conducted at the time, a low-level design was suitable for the area during the time of construction." 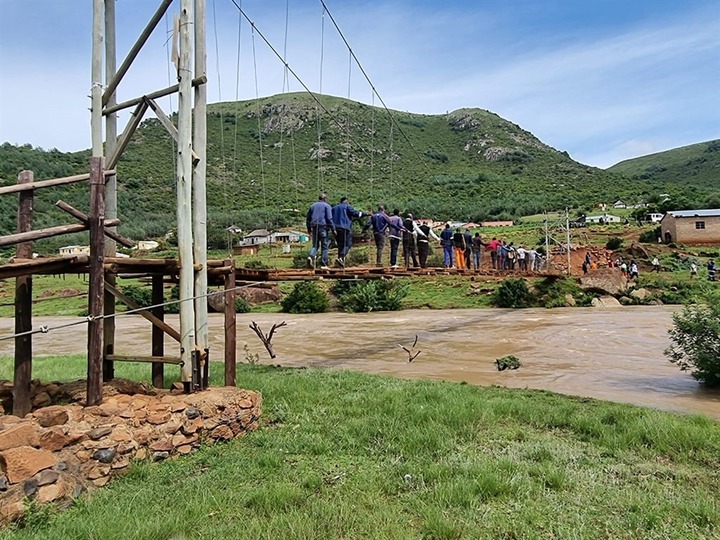 He added that although the concrete bridge was within the boundaries of the Umzimvubu Local Municipality, it was on a provincial road, and that the transport department had built the bridge in July 2002. Eastern Cape Department of Transport spokesperson Unathi Binqose could not immediately respond to News24's questions. His comment will be added once received.

Nqabeni said some villagers, especially the elderly, decided not to honour doctor's appointments because they were too scared to cross the rickety bridge.

"It is a scary thing, especially when you look down in the water raging under your feet. I don't blame those who decide to wait at home for the floods at the concrete bridge to subside," said Nqabeni.

All 28 wards in the Umzimvubu Local Municipality were controlled by the ANC after it secured a significant victory in last year's municipal elections.