Motorist are being terrorized date and night by criminals who come in the form of armed robbers, fake police officers and shockingly members of the police department. 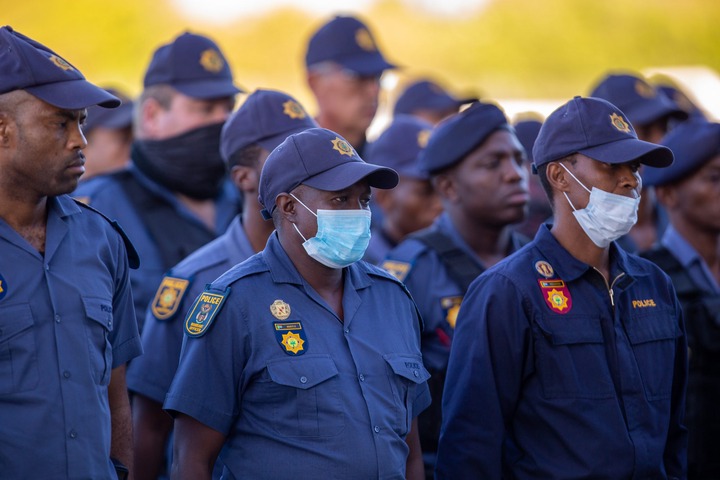 In a report which was published by the SAfm News on the 28th of September 2021, two members of this South African Police Services made an appearance in court. These police officers were terrorizing motorists in the Northern Cape province as they were carrying out serious crimes.

Upon their appearance in court, they were facing charges which include armed robbery, kidnapping and attempted murder. 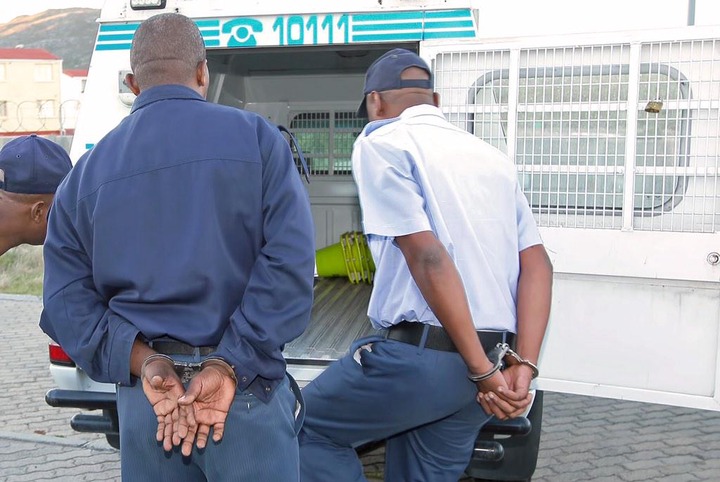 The jury decided that these two were extremely dangerous to be released to the community. Therefore they are set to remain police custody as their case was postponed to Thursday the 30th of September 2021.

Investigations regarding the case are said to be set to continue as the state seek to leave no stone unturned. Residents express their wish to have the two suspects permanently removed from the police force as they are tainting the image of the police department.

It is alleged that these two police officers are part of a syndicate which has been patrolling on major freeways of South Africa. Victims were robbed by this syndicate mainly near Kuruman area and on the N14 freeway.

They would commit crime he using detacheable blue lights while in police uniforms as well as using resources of the police department. Motorists would be pulled over as if a routine police inspection will be set to be carried out but in the end they would lose their valuables or get shot and some would even end up getting kidnapped. 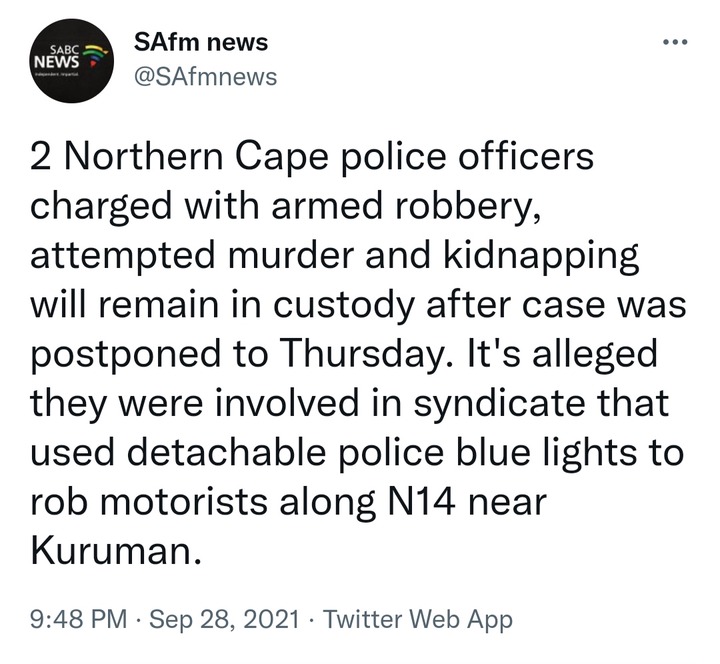 This has led to many labelling police officers in South Africa as one of the dirtiest police force on the continent. Bheki Cele and his department seem to be having a task and a half at hand as they need to wipe out all the dirty police officers to ensure that all the credibility and dignity is retained in the police force.