Man arrested for using social media to lure ladies to hotels & doing this to them.

By Best_deals (self media writer) | 9 months ago

A man has been detained for using social media to entice women to hotels and beds, and then defrauding them. 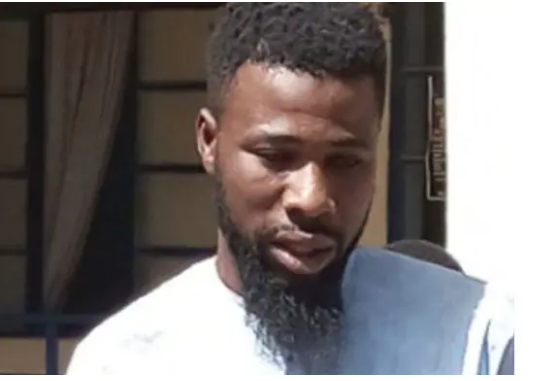 According to the Katsina State Police Command, a 31-year-old man named Usama Tijani has been detained for reportedly enticing multiple women to hotels with the intent of sleeping with them and defrauding them of their possessions.

The defendant, who resides in Dorayi Quarters in Gwale Local Government Area of Kano State, was apprehended after a series of allegations from female residents of Katsina city led to his detention.

Usama is accused of misleading young females whom he meets through social media platforms and inviting them to hotels in several states, where he sleeps them and then departs after taking their phones, money, and other belongings, according to the complainants.

The suspect, according to the Superintendent of Police, SP Isah Gambo, was apprehended by nemesis when he lured one of the girls, an indigene of Katsina state, to a hotel in Kano with a promise to pay her N50k, but after spending the night with her, he fled the hotel in the early hours of the morning while she was taking her bath, according to SP Gambo.