It Ended in Tears For A Zimbabwean Criminal Who Died In The Hands Of A Limpopo Mob.

By HealthWise (self media writer) | 2 months ago

A suspected criminal died from his injuries after being set on fire by a mob of enraged people in Sikhunyani, Giyani, Limpopo Province. The deceased, a Zimbabwean national, was allegedly found with a stolen television. The man was rescued, but died while being transported to the hospital in an ambulance, according to police. Many people are supporting the enraged residents because criminals have exploited innocent people and even gone so far as to murder them, which is why people are tired of reporting criminals to the police, who simply arrest them and then let them go after being brubed, or even worse, the court simply grants them bail.

The police are always encouraging ordinary citizens to refrain from taking matters into their own hands and endangering the lives of other citizens, regardless of where they come from, because at the end of the day, the court of law will not take any of that into account when prosecuting you for criminal offenses. 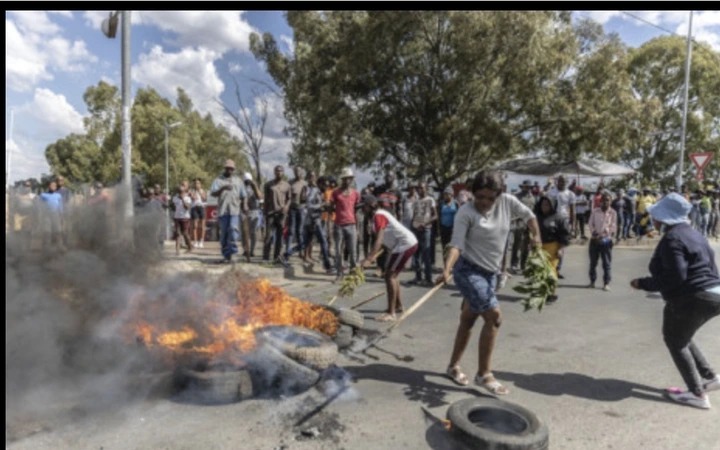 Despite the fact that ganging up on criminals is illegal, it is widely recognized as a very effective method of combating crime, as it has aided many communities in eliminating criminals who have terrorized them in recent years. Despite this, the government can not see how it may be of assistance, thus it stays illegal. Simultaneously, people are urging the government to enact a death penalty so that criminals do not die in the hands of community members, but rather in the hands of the government after being investigated and found guilty of the crime. People are currently being slaughtered even if they have not been proven guilty, which is why mob justice is illegal, thus it would be far better if the government got rid of them instead.