By WHITEMANCONFESSION (self media writer) | 2 months ago 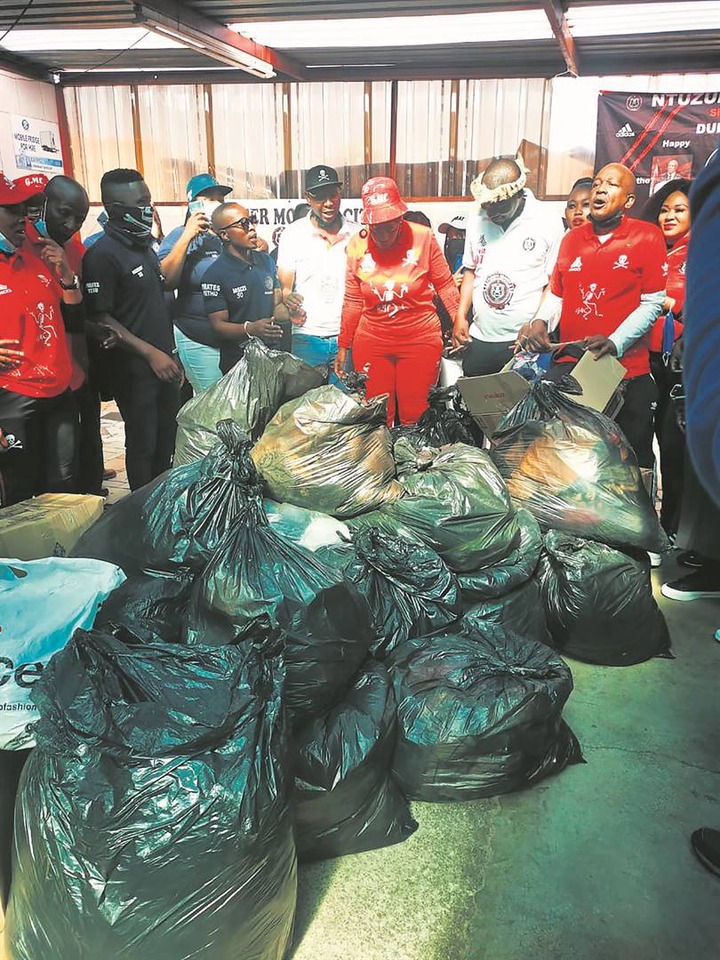 Donations of hundreds of dollars have been donated by SOCCER backers to those who were affected by the flood.

People from as far afield as Soweto sent clothing and blankets to the collection.

Brenda Molebatsi, who serves as the branch chairperson, said to the Daily Sun that the organization decided to contribute to Ntuzuma since it has a branch in the neighborhood.

She said that they presented the things to members of Ntuzuma who were present for the Orlando Pirates CAF match that took place at Orlando Stadium on Sunday.

"After that, these members would disperse the clothing around their region. Brenda said, "Since they are in Ntuzuma, they are aware of who really needs clothing."

She said that after the supplies had been distributed, the members will offer a comprehensive report about the number of individuals who had benefitted from the donation. The floods that occurred in April claimed the lives of more than 400 people, and more than 50 individuals are still missing. The government mortuaries still had unidentified remains in their possession after they were located on riverbanks.

I managed to buy myself a horse with the money I make in the Mines, Zama-zamas explain their hustle

China with another one: New Henipavirus first occurred in the provinces of Shangdong and Henan.

Meet the fish that can attack humans

Significant changes made to Absa report after Madonsela left - investigator