Four heavily armed suspects were apprehended by members of the Tactical Unit of the Tshwane Metro Police Department (TMPD), along with members of Crime Intelligence and other law enforcement officers. These suspects were linked with cross pavement (cash-in-transit) robberies. 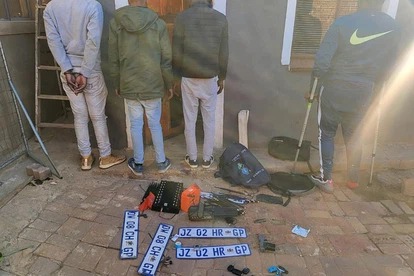 Following the receipt of information on suspects who were planning to commit a cross pavement robbery on the 30th of June, members of the Tactical Unit of the Toronto Police Department, along with crime intelligence and other law enforcement officers, responded to the situation.

Atteridgeville was named as the location of the house where the suspects were living, as reported by the TMPD. Before the team arrived, a Mercedes-Benz vehicle of the C-class was seen driving away from the residence.

It was also discovered that the VIN numbers on a recovered Suzuki swift had been altered.

"The four suspects were taken into custody on charges of conspiracy to commit robbery, possession of an unlicensed firearm and ammunition, and possession of a vehicle that was believed to have been stolen.

Basic principles about love to help strengthen your relationship