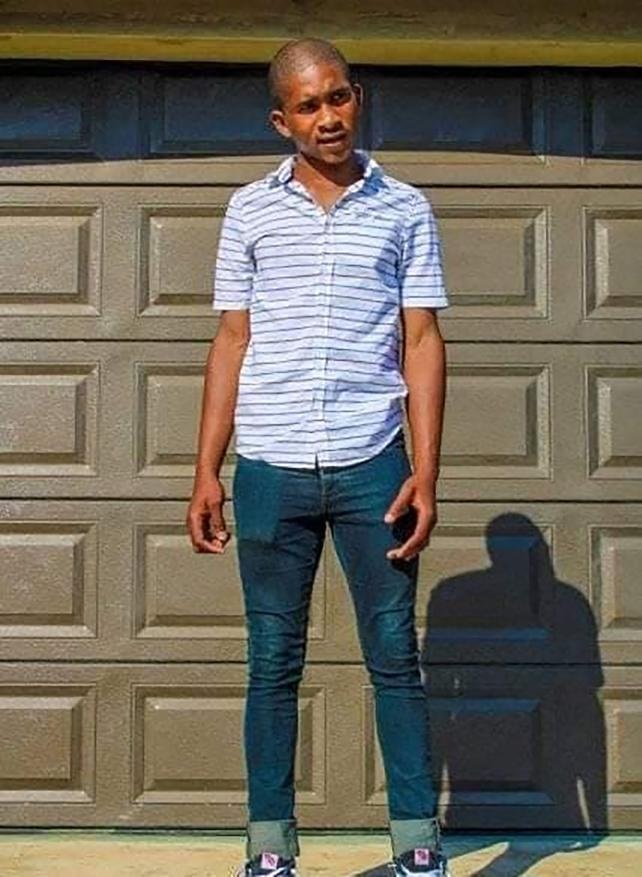 Please assist this family in locating their son.

A FAMILY from KwaDukuza, KZN, is having trouble sleeping and eating due to their circumstances.

This is due to the fact that they are wracked with anxiety over their kid, who seems to have gone into thin air.

On May 7, Sicelo Gumede, age 20, was reported missing.

Sicelo was last seen wearing a white T-shirt, black pants, blue takkies, and a blue cap, according to his aunt, Nomvula Mdletshe (42), who spoke to the Daily Sun on the day Sicelo went missing.

She said that he had a hurried departure from the house and claimed he was going to see a buddy.

He said that he required assistance since a traditional event was taking place at his house.

Before he went, I questioned him about the assistance he could provide to persons participating in traditional rites. She said, "He didn't respond me and he was in a hurry to depart."

She said that the property he visited is located in Melville; nevertheless, Sicelo

did not make it back home.

"I began to feel concerned, and both you and I went to bed before he returned home. The following day, we began looking for him and couldn't find him. We spoke with a number of others in the neighborhood, but none of them claimed to have seen him. I went to the buddy that he had gone to visit, but he wasn't there when I got there either. She claimed, "I was informed that he departed the residence on the same day that he came."

Nomvula said that she was having trouble both sleeping and eating.

"I can't stop ruminating about where he may be and whether or not he's eating. It has been challenging to have so little information. She said, "Each and every day, I pray for his safe return to our family."

She said that they had not given up hope that he was still alive.

"I just hope that he will be able to come home safely so that we can put an end to this horror. "He is at the matriculation stage, and at this point, he ought to be concentrating on school," she remarked.

Lieutenant-Colonel Nqobile Gwala, a spokesman for the KZN police, said that an ongoing search for Sicelo is being conducted.